Rashmi Samant Oxford saga: Vindication at last, but the story is far from over… 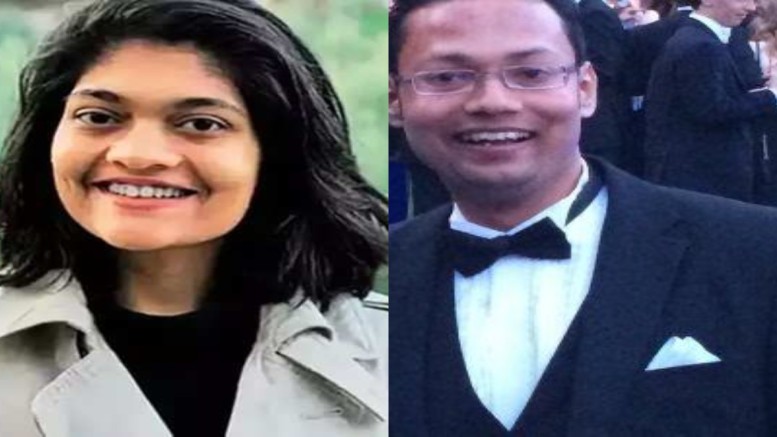 Pt. Satish Sharma,  the UK-based  eminent scholar, Dharmic theologian, Hindu philosopher and Yogacharya, who has spearheaded the Justice for Rashmi Samant campaign says that while the findings  of the University have  upheld Rashmi’s complaints, the story is far from over. However, the spin off in this sordid saga has the blossoming of Rashmi Samant as a  deeply entrenched santani.

In a much awaited  development, Rashmi Samant,  the first  Bharatiya president elect of the Student’s Union at Oxford University who was bullied, harassed, intimidated, vilified and forced to resign from her post, has finally been vindicated by the internal investigation by the university. Rashmi Samant, who initially was apprehensive of even returning to Oxford, has been informed by the university authorities that her “complaints of bullying and harassment has been upheld.”

The hallowed portals of the Oxford University has recently been in the news for the wrong reasons. Caught in the  eye of the proverbial storm over the recent cyber bullying, harassment and intimidation of Rashmi Samant, over her alleged  string of  insensitive, misogynistic, anti-Semitic, Islamophobic, xenophobic and transphobic posts by Dr. Abhijit Sarkar, a post doctorial researcher and faculty of the Department of History in the college,  Rashmi was forced to exit from the college and resign from her newly elected post. This  had raised several problematic issues about the incidents, that can be viewed here and here. The final salvo fired by Dr. Sarkar was a tweet that asserted that “Oxford was not yet ready for a sanatani president.”

Interestingly, Dr. Sarkar, notorious for his Hindu odium, and Hinduphobia that he regularly unleashes on social media, has  been called out  in an online campaign led by British Hindus and supported by David Frawley. The campaign, a letter to Oxford University, by Hindu Dharma followers in UK and Bharat, strongly condemned Dr. Sarkar’s vitriolic “racist, abusive and offensive attacks by the pseudo-intellectual and pseudo-woke Abhijit Sarkar on our community and the completely unhinged and disturbing social media outbursts of this extremist and misogynistic member of the University of Oxford staff.”

However, it is heartening to  note the proactive lead in the Justice for Rashmi Samant campaign  taken by British Hindus in the UK, championed by the eloquent and elegant Pandit Satish K Sharma, eminent scholar, Dharmic theologian, Hindu philosopher and Yogacharya.  His sustained championing of the cause led to  unprecedented global support for Rashmi’s cause that called out the blatant victim bullying an harassment of a Hindu student, ironically by someone  from the same religion as the victim herself.

In an interview with Pgurus, Pt. Satish Sharma remarked that the investigation upheld Rashmi’s complaints and “unequivocally, undeniably and unquestioningly” concluded that the complainant was the victim of bullying and harassment.  Pt. Satish Sharma and his team, have been with Rashmi Samant throughout the ordeal and  providing her support even at the very first hearing.  They ensured that as a young woman in a different country, she  not only received access to legal systems and procedures, but also ensured that she was resilient and emotionally strong throughout the traumatic process.

However, Pt. Satish Sharma admits that there was considerable resistance from the authorities concerned about whether Rashmi’s complaints were genuine. It needed tremendous persistence and perseverance on Rashmi’s part to stay the course of the  process, whose outcomes were uncertain at best.

However, she found within her, a determination and resilience within her as a result of his process,” says Pt. Satish Sharma, who describes Rashmi’s struggle as isolating, complex and complicated. She had to take on  the bullying and harassment by the University faculty, which undoubtedly had an impact on her performance appraisal. The cabal,  spearheaded by the professor, also included her peers and the Oxford Students Union, whose job was to protect her—turned  tormentors and oppressors as they “publicly ridiculed, shamed, blamed and vilified her.”

Dismayed by the unanticipated turn of events, Rashmi Samant returned to Bharat to be with her family. However, her decision and journey back to Bharat has been “tortuous” and involving tremendous “resistance.” Describing the university’s investigative findings as “delightful,”  Pt. Sharma concedes that he cannot  elaborate further until the contents of the judgement are released.

“I think it is necessary that the findings are  released because this is a public interest issue as well. And we would like this to set a clear precedent as to what the line is that must not be crossed.”  Pt. Sharma highlights that such instances of Hinduphobia are becoming increasingly commonplace in academia—at Oxford, Cambridge and Rutgers.

“While this is wonderful news, the story is far from over,” cautions Pt. Sharma, who says the Justice for Rashmi campaign derived support and energy from several people across the globe, including online publications.

“We are not done with it, yet. Personally, I am confident that Abhijit Sarkar will appear. However, that  will not  be enough. I think a wholesome, complete, unconditional apology  would be the beginning of the process. I think  his visa should be reviewed  and cancelled as  Abhijeet Sarkar has completely  transgressed the spirit on which the visa was issued!”

Ironically, Pt. Sharma remarks on the complete absence of support for Rashmi Samant from the Ministry of External Affairs and the Indian High Commission in London, which  he terms  “unacceptable”  despite our “cajoles and earnest requests.”

“If the university in which Rashmi has enrolled, refuses support and the MEA and the High Commission too don’t, then whose role is it to offer support in such instances? There is a huge vacuum there,” he says. While Pt. Sharma acknowledges the huge support that  came from unexpected quarters, he is equally concerned about the implications for Rashmi (being forced to give up her studies and the cost implications)  if this were not there.

Calling out the discrepancy  between the dismissive attitude of the police and the findings of the investigation, Pt. Sharma says he is determined to explore this divergent angle as well.

The Rashmi Samant Oxford saga is hopefully  fast approaching its finale—a closure and resolution that will help Rashmi move through the tragedy and  move on in life.

“One thing wonderful that has emerged from this is that  Rashmi  Samant will emerge form Oxford  with  two  wonderful qualifications. The first,  the academic  qualification that she has worked hard and striven toward. The second badge of honour for her is her blossoming and flourishing as a genuine sanatani. I think she is more aware of her Hindu identity now, having been battered and bruised. She has also found with herself reserves of resilience and the courage to take a principled stance—’This is wrong! It is an injustice and I will not stand for it!’  In that sense she  will be a wonderful role model. I am  confident that she will be an inspiration for many students to sand up for injustice!  And she will grow and blossom as a full fledged member of the ancient Hindu sanatani civilization!”