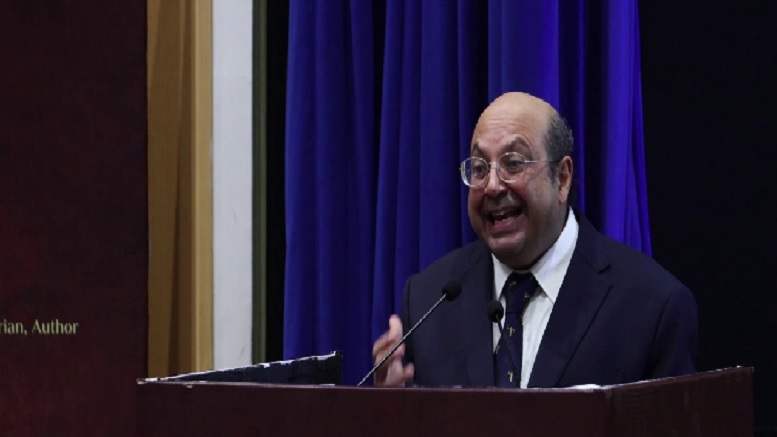 In a comment attributed to retired Supreme Court Justice Rohinton Fali Nariman by legal site, LiveLaw, he said, “Governments will come and go, it is not the government’s business to start amending or repealing laws.”

Nariman went on to urge the the court to ‘use its power’ to strike down IPC Section 124A (anti-sedition law) and the ‘offending provisions’ of UAPA – The Unlawful Activities (Prevention) Act, 1967 – to ensure that ‘citizens can breathe more freely’.

Nariman was speaking at a function organised by the Viswanath Pasayat Memorial Committee on Sunday when he reportedly made these controversial remarks. Legal experts we spoke to say that this can be termed an outright challenge to the Constitutional scheme of things whereby legislature has sole power to make, amend and repeal laws, and even amend the Constitution. Courts have limited power to evaluate constitutional validity of new/amended laws if those are challenged.

Dr. Arvind Virmani, a public policy expert and Former Chief Economic Advisor to the Government of India, also responded to Justice Nariman’s provocative remarks – “According to the Constitution it’s the Parliament’s job to make, amend & repeal laws, and it’s the government’s job to propose new laws or amend/repeal existing laws to Parliament. The SC only comes into the picture if a law violates the fundamental rights/structure of constitution.”

Even the ‘basic structure doctrine‘ created by judiciary while adjudicating the 1973 Kesavananda Bharati case is controversial, as many claim it established the supremacy of the judiciary over the Constitution.

Nariman retired as an SC judge in August after serving for 7 years. He was only the fifth lawyer to be directly elevated to the Supreme Court as a judge, and is the son of senior advocate and ex-Rajya Sabha MP Fali Sam Nariman who was nominated to RS by the Vajpayee govt. Rohinton Nariman was appointed Solicitor General of India in UPA-2.

Justice Nariman has shown streaks of contempt for elected parliamentarians and governments, or what he calls as “majoritarian regimes”, many times in the past –

“These fundamental rights do not depend on the outcome of elections. And it is not left to majoritarian governments to prescribe what shall be orthodox in matters concerning social morality… Constitutional morality always trumps any imposition of a particular view of social morality by shifting and different majoritarian regimes.”

Rohinton Nariman’s father Fali Nariman is reported to have said – “A government with an absolute majority will see a conformist judiciary.” So per these eminent legal stalwarts, the only good government for Bharat is a weak, squabbling coalition?

The impulse for judicial dominance and overreach is quite widespread among judiciary and Lutyens’ legal elites. Despite usurping the right to appoint judges to themselves via the opaque collegium system in 1993, retired SC judges keep exhorting active members of judiciary to go even further. Recently, ex-SC Judge Madan Bhimrao Lokur said “Judiciary failed to safeguard its independence owing to lack of leadership” and made the extraordinary claim that the nation’s vaccination policy was a success due to judicial intervention!

What is democracy if not the will of the majority expressed through voting? If the majority views on national affairs is going to be summarily dismissed by a clique of Westernised elites who have coined something called ‘Constitutional morality’ as their abiding religion, then what is the point of elections and voting? Let’s just declare the nation as an oligarchy.

Contempt for Hindus, the people who gave refuge to persecuted Parsis

In April, during a lecture Rohinton Nariman falsely attributed anti-women content to the Rig Veda, regurgitating misinterpretations by Western indologists and Marxist academics. Nariman claimed “Rig Veda says do not make lasting friendship with women because she would be like hyena”, and was slammed by Dharmic and Sanskrit scholars for his ignorance and possible malice.

During a court hearing in 2018, Justice Nariman, an ordained Parsi priest himself, had bemoaned that his religion Zoroastrianism (Parsi) has been ‘Hinduised’ stating –

The Parsis, whose name is derived from “Persians”, are descended from Persian Zoroastrians who emigrated to Bharat to avoid religious persecution by Muslim conquerors. They first migrated to the region of Gujarat between the 8th and 10th century and were given refuge by the local Hindu king. Ever since, the community has flourished in Bharat and till now has been treated with respect by the majority population.

Justice R. Nariman headed the bench which gave interim bail to ‘comedian’ Munawar Faruqui who had made vile, derogatory references to Bhagwan Ram, Maa Sita and other Hindu religious icons besides mocking the Godhra train burning by Islamists as a ‘scripted act’.

A SC bench led by Justice Nariman had also recently dismissed a PIL seeking to control mass religious conversion by Christian missionaries through intimidation and deceit, calling it a ‘publicity interest litigation’. Such conversions by quack Christian faith healers, who also demean Hindu Dharma and other indigenous religions, are raging across the country (from Punjab to AP) and often target the socio-economically vulnerable SC/ST communities.

Justice R. Nariman was part of the SC bench which in September 2018 had abruptly ended the ancient tradition of women in the 10-50 age group not visiting the Sabarimala temple as the deity Ayyappa Swami is said to have taken strict Brahmacharya vrata (vow of celibacy). Justice Indu Malhotra, the only woman on the bench, had dissented with the judgement.

The Sabarimala issue was projected as a war for gender equality, feminism and women’s rights by the left-liberal brigade of Bharat, and PILs were filed by non-Hindus. What was overlooked was that there are at least 1000 other temples dedicated to Sri Ayyappa across Bharat where women visit freely as the deity in those temples is not celibate as is the case in Sabarimala; there are many women-only Hindu festivals/rituals/temples as well.

Lakhs of Hindus poured out into the streets to protest this black judgement. After several review petitions were filed, in November 2019 a five-judge Bench led by then Chief Justice of India (CJI) Ranjan Gogoi decided to send the matter to a larger Bench of seven judges. The review Bench tagged other pending cases on the prohibition of Muslim women from entering mosques, female genital mutilation among the Dawoodi Bohras and the ban on Parsi women who married inter-faith from entering the fire temple or tower of silence to the reference. Justices Nariman and Chandrachud had dissented with this decision. Nariman wrote the dissenting judgement and said –

“Busybodies, religious fanatics, cranks and persons with vested interests will be turned down by the Court at the threshold itself….for judges, the holy book is the Constitution.”

He also opposed clubbing other issues to the larger bench. In February 2020, his father Fali Nariman also criticized the Gogoi Bench saying it had “no business” to either “drag other cases” into the reference nor frame such larger issues.

The left-liberal Nehruvian mafia which has exercised a choke-hold over the nation’s affairs since Independence has often cheered the likes of Justice Nariman and Justice Chandrachud for “privileging constitutional morality over majoritarian sentiments”. Of course, they still lash out when these judges stray from the liberal narrative, as this piece in The Quint slams Justice Nariman’s judgment which initiated the NRC process in Assam.

It is time for the silent majority who have watched mutely as our aspirations are trampled by the unholy alliance between colonized elites, religious bigots from ‘minorities’ and feudal chieftains, to retake their Republic.