Defaming the name of Ram : Islamist lies against Hindus should be strictly punished 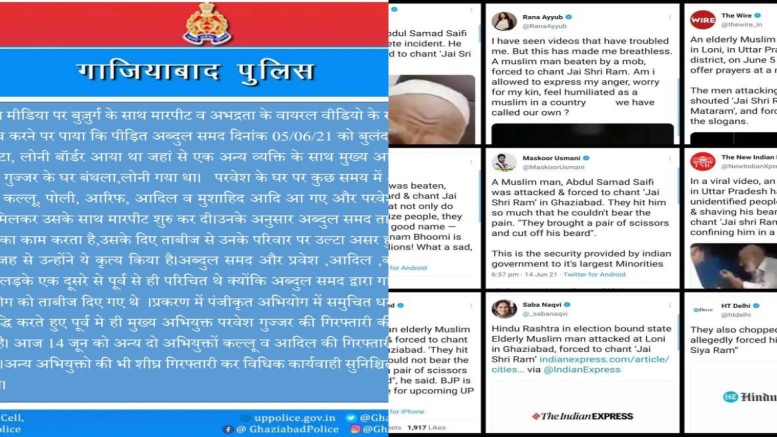 For the past few years, there has been an effort to defame Hindu Dharma by equating our sacred symbols with those of tyranny and oppression. It is well known that “Allah O Akbar” is probably the most feared phrase in today’s world. From New York to New Delhi, from Paris to Patna and from Madrid to Mumbai, Islamists have used this phrase to murder innocent people with fearsome regularity.

To hide their crimes, Islamists in Bharat have been trying to create the narrative that “Jai Shri Ram” is a “war cry”.

Hindu population must acknowledge that their religious slogan has become a war cry and act to reclaim it from those who’ve been using it for violence and terrorism. It is them and only them who have to do it.

However, this did not start in 2021. One can find that since at least 2019, “Jai Shri Ram” has been described as a war cry by publications such as Huffington Post and BBC. This narrative is being pushed by various “celebs”, communists and designer activists apart from Islamists. They are ably supported by missionary elements and “Dalit” groups, another important part of Breaking Bharat forces. 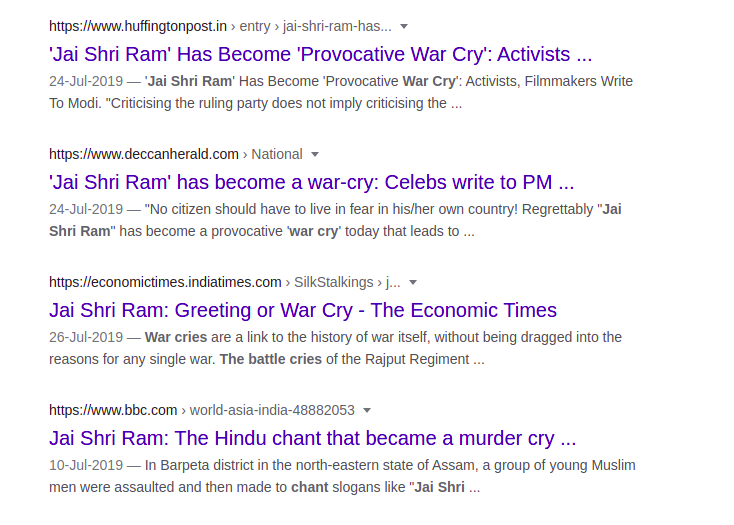 A new story to further this narrative was launched a few days ago. According to the Islamists on social media, an old Muslim man named Abdus Samad was beaten by “5 Hindutva extremists”, who also forced him to chant “Jai Shri Ram” in the Loni area of Ghaziabad, UP. This was the content of tweet shared by prominent Twitter Islamist Asif Khan, who has since deleted the tweet but was quoted by Islamist propaganda paper Siasat Daily.

This story was also disseminated by “fact checker” and POCSO accused Mohammad Zubair, who gave wide publicity to the claims of the old man that he was forced to chant “Jai Shri Ram”. As of writing this, his tweets spreading falsehood had garnered more than a combined ten thousand retweets.

Propaganda platforms like The Wire, The Quint and mainstream media like The New Indian Express and Hindustan Times also carried this story. Islamist leaders and journalists gave wide publicity to this story and cited this as proof that Muslims are not safe in Bharat. Through thinly veiled bigotry, some of them sought to link it with Ram Janma Bhumi, others with BJP. 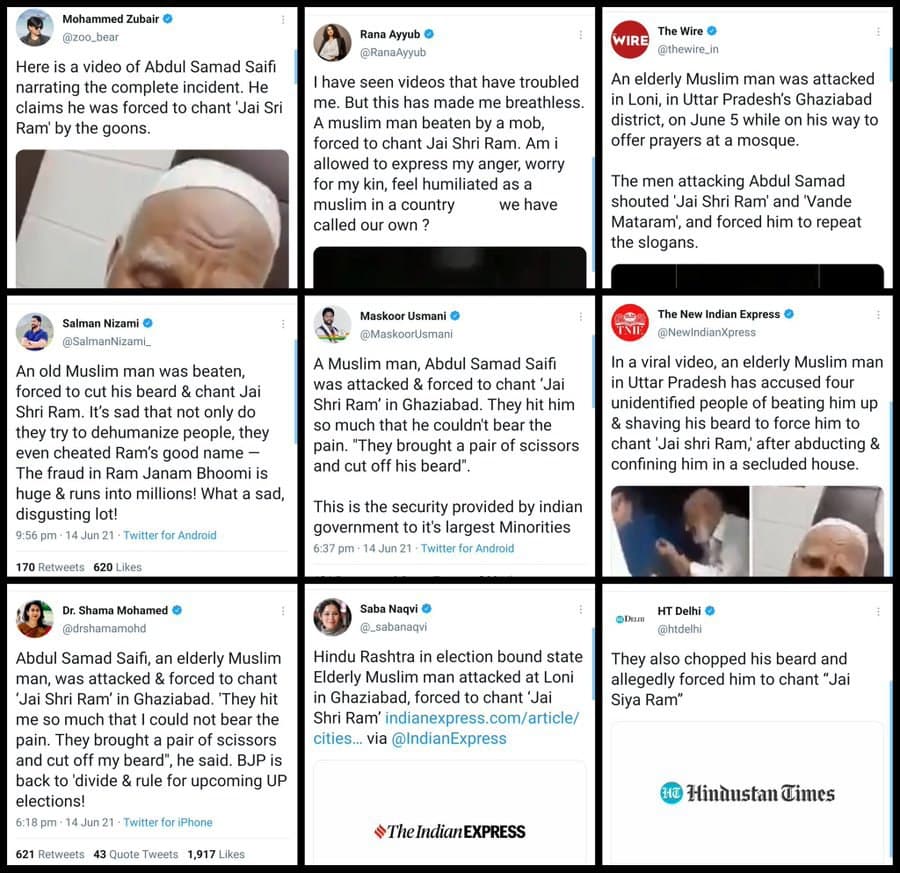 Except, all of it was false. The whole outrage was based on a damned lie told by the old Muslim man. According to a statement released by Ghaziabad police, the matter is entirely different and not connected to any communal issue.

The facts of the matter are given below in bullet points to remove any confusion:-

Keeping in mind the facts above, the accused should be booked and the “victim” Abdus Samad should also be booked under The Drugs and Magic Remedies (Objectionable Advertisements) Act, 1954 for selling fake remedies. It seems proper that police should also book Islamists who tried to give the issue a communal turn. Although Muhammad Zubair did put the statement of police in his thread later, the damage had been done. His tweet sharing police clarification had about five hundred retweets as of writing this article, in comparison to ten thousand tweets spreading falsehood.

Not the first incident

This is not the first incident where Muslim anti-social elements have tried to blame Hindus of forcing Muslims to say “Jai Shree Ram”. In Bhainsa of Telangana, two Muslims were arrested by the police because they wrote “Jai Shri Ram” on the wall of a mosque in a bid to blame Hindus and start a communal riot.

The fake accusations have been going on since 2019. Website facthunt.in has documented at least 8 such cases from all over Bharat, where Muslims falsely claimed that they had been forced to say “Jai Shri Ram”. However, lies in these cases continue to be told to defame Hindus of Bharat and to drive the victimhood narrative of Muslims.It must also be stressed that there must be several other cases where fact check could not be done due to scarcity of resources.

No one can deny that the perpetrators of violence should be strictly punished according to the law. But are the fake news spreaders above blame in these cases? The fact checkers  and media which is silent on the rapes and murders of Hindus in Bengal, but are the foremost in propagating falsehoods should also be held accountable.

Our laws are totally outdated to deal with the hate speech, fake news and online provocations like in the current case. The Islamists and their allies have a clear agenda. The government should also think with a clear head on this issue.

I've deleted the videos that I had posted. The victim's version of him being forced to chant "Jai Shri Ram" at this point in time do not seem to add up based on my conversations with police authorities and other journalists reporting on this issue. https://t.co/cof5bjv3I4