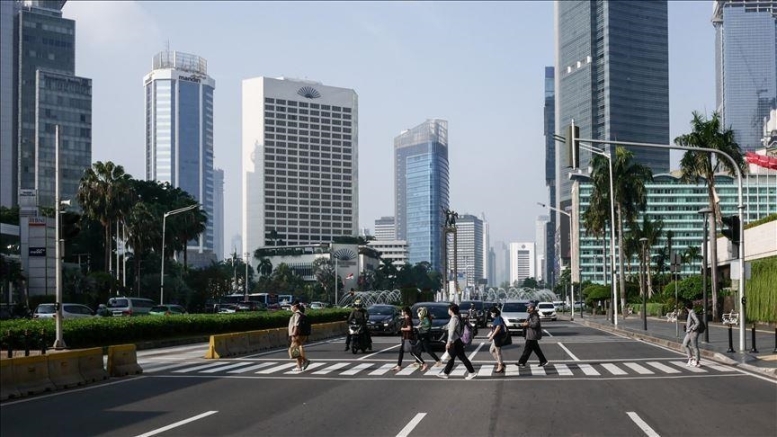 Indonesia is the largest archipelago in the world with a total of 17,508 islands of which 6000 are inhabited. Its five major islands are Sumatra, Java, Kalimantan (part of Borneo), Sulawesi, and Irian Jaya (part of New Guinea, also called Papua). One prominent island that earns the country huge tourism revenue is Bali.

Like Malaysia, Indonesia had an early influence of Hindu Dharma said to be from the first century to the 16th century. Indigenous ethnic groups followed animism, nature worship, and ancestral worship. With the establishment of Hindu-Buddhist kingdoms of Srivijaya, Mataram, and Majapahit, a syncretic culture emerged through fusion of Dharma with the Javanese folk religions.

However, a series of Ming armada naval expeditions led by Zheng He, a Muslim Chinese eunuch admiral, from 1405 onwards established Muslim Chinese, Arab and Malay communities in northern ports of Java, thus creating a permanent opposition to the Hindu Majapahit kingdom of Java. The Chinese Ming dynasty also supported the Malacca Sultanate (founded in 1400 by a Hindu king Parameswara, but whose son converted to Islam), which actively encouraged conversion to Islam in the region. The Majapahit empire finally ended in 1527, and a large number of royals and other Hindus took refuge in the island of Bali.

Indonesia is currently an Islamic nation with 86% Muslims. On the island of Bali, however, Hindu Dharma remained and Bali has approximately 87% of its population who are Hindus.

Of the Europeans who arrived in Indonesia, the Portuguese were the first. They engaged in exploitation of the natural resources of the region like clove, mace, and nutmeg until around the 16th century. The Dutch arrived at the end of the 16th century and began to wrest control over the resources from the Portuguese. During the Napoleonic and Java wars, the British occupied parts of the archipelago and weakened the Dutch hold on the territory.

It was around 1830 that the Dutch gained political control of the region at the end of the two-year Java war. The Dutch now initiated bureaucratic and centralizing measures. Weaknesses of the indigenous polity such as ethnic segmentation of economic roles and unequal distribution of power remained though.

The leader of Indonesia’s struggle for independence was Sukarno, son of a primary school teacher from Java and his Hindu Balinese wife. He studied civil engineering and architecture. Sukarno  despised both the traditional Javanese feudalism, which he blamed for the fall of the country under Dutch occupation and exploitation, and Western imperialism which he termed as “exploitation of humans by other humans”.

As early as 1929, Sukarno foresaw a Pacific War and the opportunity that a Japanese advance on Indonesia might present for Indonesia’s independence. During the second World War, Japan invaded the archipelago (then called ‘Dutch East Indies’) in 1942 and quickly defeated the Dutch. Sukarno and other nationalist leaders were released by the Japanese, and they decided to help the Japanese war effort in exchange for freedom to spread nationalist ideas to the masses.

On 1 June 1945, Sukarno laid out Pancasila (combination of two old Javanese words originally derived from Sanskrit: “pañca” i.e. five and “sīla” i.e. principles), the foundational philosophical theory of the new Indonesian state. One of the principles is a consensus-seeking, Indonesian-style representative democracy guided by inner wisdom, different from Western-style liberalism. Another is ‘Belief in Almighty God’ – a formulation that can be seen as implying both monotheism and pantheism, thereby allowing space for all of Indonesia’s recognized religions: Islam, Hindu Dharma, Buddhism, Christianity, Confucianism. The Garuda Pancasila remains the national emblem of Indonesia to this day.

Indonesia declared itself independent in August 1945 after the departure of the Japanese. State formation officially took place after independence – Sukarno took over as President and Mohammad Hatta was the Vice-President. However, the Netherlands only conceded independence in December 1949 after years of bloody fighting with nationalist forces. Even the British Indian colonial Army aided the Dutch during this period.

After final Independence from the Dutch, a chaotic period of parliamentary democracy interspersed with rebellions ensued. Political groups, the Army, Islamists and Communist forces all wrangled for power.

In 1957, Sukarno declared martial law and then in 1959, stating that Western-style parliamentary democracy was unsuitable for Indonesia, he established a new system called “Guided Democracy” to end the instability and rebellions which were threatening the survival of the diverse and fractious country. He also nationalized Dutch companies and took steps to lessen the hold of ethnic Chinese on the economy.

Sukarno established a Presidential system where half the members of the new Parliament were appointed by the President.  After securing his domestic authority, Sukarno propagated his anti-imperialistic ideas internationally to counter the neo-Colonialism and imperialism of Western superpowers. In 1961, he established the Non-Aligned Movement (NAM) alliance along with Nehru, Tito, Nkrumah and Nasser to create a platform for nations who wished to maintain independence from the American and Soviet superpower blocs engaged in Cold War competition.

In the 16th century, the Portuguese and in the 17th century, the Dutch reached the archipelago in order to exploit its natural resources, mainly spices.

Once the Dutch took control, they continued with exploitation of resources and establishment of plantation style labour systems. They also laid railroad networks, telegraph lines, and even banks to manage the colony better. In 1880s and 1890s, there was a worldwide decline in prices of spices, copra and other commodities that the Dutch colony thrived on. This led to a loosening of political control on the archipelago and local administrative units became strengthened and empowered.

When the world economy recovered, foreign investment in Indonesia was encouraged and began to flow in. This included British investment. After 1900, the Dutch prioritized upgrading the infrastructure in the form of roads, railways and ports, to assist the transport of resources from the hinterland. Even before gaining independence, it must be noted that the colonizers had control over limited spots of the archipelago which enabled much of the country to engage in its own activities which included subsistence agriculture and local trade.

Dutch colonial loot, Japanese occupation, and then the war of independence from 1945 to 1949 had left the Indonesian economy in a bad shape. Political instability in the 1950s led to faulty economic policies. Shortage of foreign capital caused exchange rate problems. Later, Sukarno’s pro-Communism leanings alienated the US-led West and hindered the entry of Western investors. His focus on domestic and international politics led to neglect of the economy, and turned the people against him.

After an abortive coup in 1965, General Suharto took control in 1967 following a CIA-backed anti-Communist purge  in which up to 1 million people were killed. He introduced an authoritarian system called the ‘New Order’ in which the parliamentary electoral system was so managed that Suharto’s party won landslide victories in every election up until 1998. Globalization policies were resumed during his rule. Capital inflows from the west were re-established. The army was given a strong role and political stability was restored.

His regime initiated an increase in the production of food, textiles, cigarettes, steel, aluminium, and cement. Oil and gas exports became more profitable with worldwide increase in fuel prices in the 1970s. Exports included paper and pulp instead of wood, although this was at the cost of reduced forest cover. Revenues from exports were invested in developing advanced manufacturing industries. In 1993, Indonesia’s growth story was documented as yet another ‘East Asian Miracle’ after Hong Kong, Singapore, South Korea, and Taiwan.

However, under Suharto, the state’s control over banking and industry and the oil and natural gas sectors was counterproductive as these sectors did not become globally competitive and  large-scale corruption also ensued.

Like other East Asian countries, Indonesia too faced the 1997 financial crisis. The vulnerabilities in the system became exposed during this period. These included a weak financial system lacking in transparency, a legal system ridden with shortcomings, and corruption at many levels in the bureaucracy. Some of these were due to the excessively centralized autocratic regime lasting over 30 years.

With the financial crisis, there was a widespread demand for Suharto to step down. He stepped down in May 1998 just two months after having won the election for the seventh time. He was succeeded by Bacharudin Jusuf Habibie who attempted to bring in an open electoral process as a step towards full democratization. Major constitutional reforms were introduced such as term limits and direct elections for President, more checks and balances etc.

The first freely contested Parliamentary election took place in 1999. This was won by Abdurrahman Wahid whose Presidency was short-lived as he was dismissed from office in 2001 and replaced by Megawati Sukarnoputri, the eldest daughter of Sukarno. She was defeated in the presidential runoff election in September 2004 by General Susilo Bambang Yudhoyono who became President for the next five years.

Due to the weaknesses in the system mentioned above, Indonesia was more seriously affected by the 1997 financial crisis when compared with the other East Asian nations. IMF had advised structural adjustment policies which the country adopted for a few years but in 2003 it terminated its loan program with IMF as it was reluctant to continue with certain unpopular economic restrictions. Despite this, the slow recovery is ongoing with positive economic indications like steady domestic consumption, a stronger currency, and successful SMEs.

The state owns all the rights for mineral and oil exploration. The country is one of the largest tin markets. Other major minerals mined are nickel, bauxite, gold and copper. As of 2014, it is the third largest producer of coal. The country produces motorcycles on a large scale. As of 2017, it is the eighteenth largest producer of motor vehicles, exporting mainly to the Philippines and Vietnam. The country is also attracting a lot of hi-tech and consumer electronics manufacturers, and aims to become a research hub by 2030.

The post-Suharto political liberalization has also seen the rise of political Islam in Indonesia, with Saudi-funded Wahhabi proselytization activities which started in 1967 bearing fruit. In 2002, the al-Qaeda linked Jemaah Islamiyah terrorist group carried out the Bali bombing in which 202 people, mostly tourists, were killed. An ‘anti-blasphemy’ protest  by the Islamic Defenders Front (FPI) against the Chinese-Christian governor of Indonesia’s capital city in 2016, where even President Joko Widodo turned up to praise the protestors and pleaded them to return home, marked a turning point. The current vice-president of Indonesia, Ma’ruf Amin, was once the nation’s chief Muslim cleric.

Despite setbacks and flaws in the system, Indonesia’s per capita GDP stands at just under $4,000 vis-a-vis Bharat’s per capita GDP at less than $2000. Like other post-colonial East Asian nations such as Korea and Malaysia, Indonesia demonstrates how political stability, fast decision-making and long-term planning and can lead to better development outcomes in so-called authoritarian or majoritarian countries which rejected their ex-colonizers’ frameworks and ideas that were unsuited to their polity.

Bharat, on the other hand, adopted a governance system largely inherited from our colonizers. Its bureaucracy and judiciary in particular are steeped in a colonial ethos to this day, and the state continues to actively discriminate against the majority Hindu population.