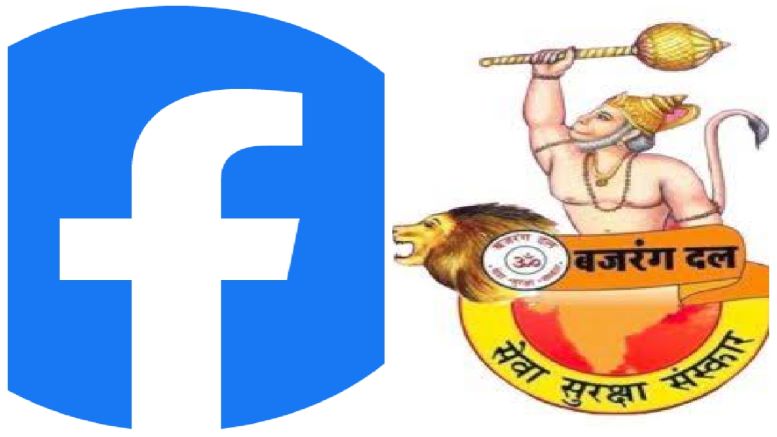 Hindu organizations face continuous slander and bad press from the likes of Congress, leftists, Lutyens cabal, and their foreign collaborators. Therefore, it is hardly surprising that fake news regarding them is created using foreign publications and such a report is then used to push for banning the said Hindu group in Bharat by terming them as communal.

The congress left-liberal conspiracy to silence the Hindu outfit Bajrang Dal (BD) on the social media (SM) platform Facebook (FB) came to light when FB’s Bharatiya chief Ajit Mohan said that the Wall Street Journal (WSJ) had falsely reported that the platform was refraining from banning BD out of fear of reprisal.

Mohan was testifying before the parliamentary standing committee on information technology on Wednesday. His statement shows that far from what the WSJ report suggested, FB is actually being pressurized to ban the Hindu outfit from its platform as is amply clear from the Shashi Tharoor-led parliamentary committee’s stand on the issue and demand for an explanation as to why BD was not yet ousted from FB.

This is the modus operandi adopted by anti-Bharat Hindudveshi forces in collusion with political parties such as the Congress and the left among others. The entire cabal first gets a foreign publication to target a Hindu organization often by running fake news as they did in the run-up to the 2019 Lok Sabha elections alleging that churches were being targeted by Hindu outfits in Bharat.

These publications besides purposely giving communal color to any incident target Hindu organizations by labeling them as radical, fundamentalist, fringe, and such other demeaning terms that are light-years away from the truth. Furthermore, foreign publications, that are fed information from their Bharatiya contacts of the likes of Barkha Dutt, Rajdeep Sardesai, and others belonging to the Lutyens cabal, create a false equivalence between Hindu outfits and radical Islamic organizations like PFI, Jamaat-ud-Dawa, Tablighi Jamaat and others who have proven terrorist links.

The Bharatiya counterparts of these publications, as well as their collaborators such as political, Islamic, and Christian evangelical outfits, use these baseless allegations passed out as media analysis by foreign media houses to demand a ban on Hindu organizations citing threat to communal harmony or minorities under threat.

Recall how Congress created the myth of saffron terror by falsely charging several Hindu leaders during its decade long rule at the Centre. Had Ajmal Kasab not been caught alive Congress would have conveniently blamed Hindus for the 26/11 terror attacks in Mumbai.

There is certainly a conspiracy to undermine Hindu organizations with anti-Hindu forces including left-liberals, Congress, Islamists, and Christian evangelical missionaries joining hands with Lutyens media cabal to raise the bogey of imaginary Hindu fundamentalism. Hindu outfits such as Bajrang Dal, Vishwa Hindu Parishad (VHP), RSS (Rashtriya Swayamsevak Sangh), and others who work on the ground to stop Islamic and Christian conversions and do Gharwapsi (reconversion) of the converts back to the Hindu fold are the main targets of this Hindudveshi coalition.

While Hindu organizations are being constantly targeted by this unholy nexus, Congress and the left-liberal keeps proving their anti-Hindu credentials by supporting such anti-Hindu propagandists. They do not deem it fit to even call out the falsehoods spread by the likes of Islamist and Christian groups.

Hindupost had recently brought to light how an evangelical organization Persecution Relief was attempting to project Bharat in a bad light by giving communal color to skirmishes which are often purposely provoked by evangelists. It must be mentioned here that this evangelical organization run by Shibu Thomas has been attempting to get Bharat listed as a country of particular concern and get sanctions imposed on the country. Thomas has been patronized by Congress leaders Sonia and Rahul Gandhi.

The Congress which is in power in Maharashtra turns a blind eye to the lynching of Hindu sadhus in Palghar and at the same time supports anti-Hindu publications such as WSJ thereby launching a two-pronged attack on Hindus and Hindu organizations.