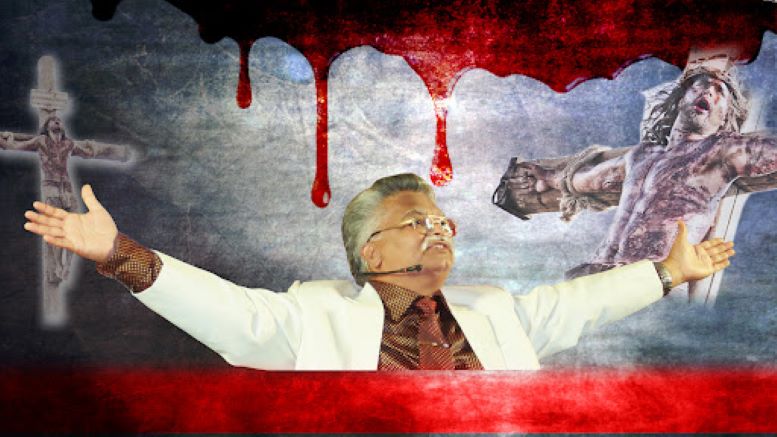 Complaints have been filed against Christian organizations BOUI (Bible Open University of India) and AITCC (All India True Christian Council) by Legal Right Protection Forum (LRPF) with the Union Home Secretary in connection with the seditious and secessionist speeches made by the bodies as well as for their involvement in sexual exploitation of minors.

In their complaint, LRPF has pointed out that speeches of PD Sundara Rao who is the Director of BOUI as well as the National President of AITCC, are seditious and anti-national in nature. It has come to light that Rao has insulted the country, National flag, Constitution, and Dr. BR Ambedkar, architect of Bharat’s constitution.

LRPF has listed a chronology of Rao’s seditious speeches in its complaint. LRPF brings attention to three speeches delivered by Rao in 2013 and says:

He also said that the National flag should hang its head in shame in front of the flags flying outside Bible Open University. He questioned the hoisting of the national flag on the Indian Independence day at state capitals and at New Delhi. He questioned ‘why these mad men sitting in Delhi are doing all this?’. He said that the proceedings of Rajya Sabha/Lok Sabha/State Assemblies are worse than the atmosphere in a wine bar.

Mr. PD Sundara Rao abused Dr B.R. Ambedkar saying he was a ‘plagiarist who lifted the British and American Constitutions and pasted them into the Indian Constitution’. A case vide Crime no. 47/2013 was registered at Razole police station.

Mr. PD Sundara Rao abused judges of the Supreme Court of India stating that they are delivering judgments against the law of the land. He claimed that he has not been arrested as no one has the guts to arrest. Twirling his moustache, he claimed he is a real ‘He-Man’ and also challenged the authorities to arrest him and show their guts.

LRPF has also highlighted two seditious speeches of 2017 delivered by BOUI Deputy Director E Santosh Kumar. “At a rally held in Vijayawada, Mr. E Santosh Kumar, Deputy Director of Bible Open University of India demanded splitting up the country into two and handing over one part to Christians as a separate country. At a rally held in Ramachandrapuram, East Godavari District, Andhra Pradesh, Mr. E Santosh Kumar once again repeated the above demand of splitting the country” says the LRPF complaint.

The LRPF has further brought to light how seditious thoughts are being planted in young minds by BOUI. LRPF stated in its complaint “Hundreds of students pass out of Bible Open University of India with seditious and hateful ideas firmly implanted in their tender brains by the team of BOUI lead by Sri P D Sundara Rao and his associates”.

“This is a dangerous issue as these students who take up the role of Christian pastors/preachers in various states further inculcate these seditious thoughts to thousands of people who come to attend their Christian religious services, thus creating a large body of citizens who hate the Nation, its prestigious symbols like the National Flag and Constitution”, the complaint further notes.

As per The Commune P.D. Sundara Rao is widely considered as ‘Spiritual Father’ in Andhra Pradesh and a section of Christians who adore him and call him a ‘Lion’.

Rao has made claims of being able to ‘stop’ Covid with the power of his prayers to Jesus in March 2020 when the pandemic had just begun. He is known to abuse scientists whom he accuses of spreading false knowledge. He even challenged Stephen Howking to debate with him.

In 2016, serious charges of sexual harassment of minor girls who studied in their institution were leveled against Rao’s son Lazarus Prasanna Babu. In fact, both father and son are said to have sexually exploited minor girls.

“The parents of the students alleged that both father and son call minor girls at odd hours in the night and molest them sexually. In order to cover up his sexual molestation activities, Mr. PD Sundara Rao makes everyone call him ‘Daddy’.  They alleged that this nefarious activity has been going on for the last five years (since 2011). The minor girls were shown explicitly sexual films (Blue Films) and asked to perform various sexual acts for both father and son. As per the news report, a case was registered at Gentyada Police Station, Vizianagaram District, Andhra Pradesh”, the complaint says.

LRPF’s complaint to NCPCR says “In another 2 videos uploaded on Youtube by local news channel dated 19 July 2016 and 26 July 2016, Mr. P D Sundara Rao accepted his son’s wrong doings, called him a ‘Person of bad character’  and cautioned people not to invite him for any function or program lest their place be spoilt by the immoral activities of his son Mr. Lazarus Prasanna Babu”.

Father and son are said to have traded charges and counter charges on each other in the said video. Rao accused his son of staying amidst minor girls, showing them pornographic videos, making minor children buy alcoholic beverages for his son. His son, on the other hand, countered Rao and challenged his father to prove that he was the cause of a minor girl who lost her virginity.

Pointing out to another case, LRPF stated “In another video uploaded on Youtube by ‘Bhaarat Today News Channel’ 26 July 2016 the parents of the affected children can be seen arguing with Mr. Lazarus Prasanna Babu and his wife while she was pleading with the parents to take away their children and pardon her husband”.

LRPF has also indicated that despite the father-son duo being involved in such serious anti-national and other criminal activities, they are roaming around freely without impunity and all promises of action by police officials have remained mere lip service.

Calling for NIA investigation into the matter, LRPF said “Left alone, the duo of father and son pose a serious threat to the entire nation as well as minor children who come to study in their institutions. Their outbursts against scientists, offer of a miracle cure for Covid through prayers to Jesus are an affront to modern society. The unity and territorial integrity of this country is at stake. The activities of Bible Open University and All India True Christian Council are spread over the states of Orissa and Karnataka. Therefore we request you to order an investigation by the National Investigation Agency.”

In addition to the Union Home Ministry, LRPF is also registering separate complaints with NCPCR (National Commission for Protection of Child Rights) and UGC (University Grants Commission) demanding immediate action to shut down his unauthorized institutions and order a detailed probe into their sexual harassment of minor children.