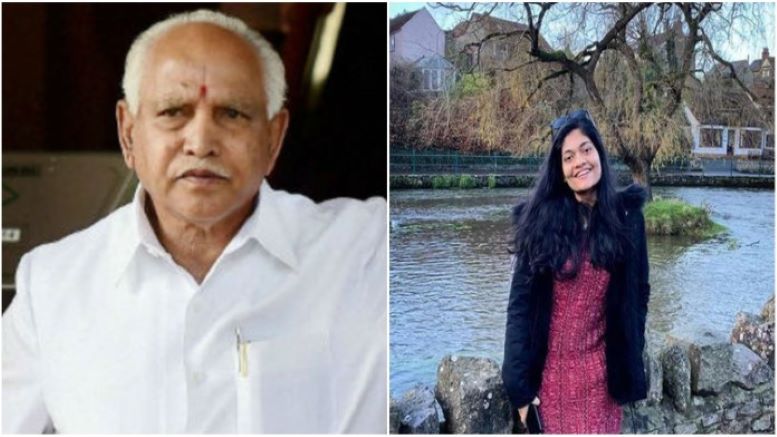 Karnataka CM BS Yediyurappa has written to the Oxford University to condemn the Hinduphobic attack on Rashmi Samant facilitated by faculty member Dr. Abhijit Sarkar. In his letter to the University on 7 May, he has drawn their attention towards the harassment Samant was subjected to and also points out how defamatory statements were made against Coastal Karnataka.

The CM’s letter quotes Article 2(1) of UNHRC demanding action from the University against their faculty member who has defamed Karnataka. His letter reads:

I am writing this in my capacity as the Chief Minister of Karnataka State in India on the subject mentioned above based on the representation received from Karnataka Anivas Hindus Union, UK.

Miss Rashmi Samant, a student at Oxford University hails from my state of Karnataka in India. The recent attacks on her and on Indian tradition by few members of the University are highly objectionable and are discriminatory. I have been made to understand that the attacks on Social Media were even directed at her parents who reside in the State of Karnataka. This is a very serious concern and as the Chief Minister, it makes me worried about the well-being of our students.

Postdoctoral researcher at New College, Oxford, Abhijit Sarkar, Stalked Rashmi Samant on social media attacking her and her family for their Hindu faith. He defamed coastal Karnataka by calling it a lslamophobic region. In this regard, I also would like to bring to your notice that the 1981 declaration of the General Assembly of United Nations’ Human Rights commission Art.2(1) states; “No one shall be subject to discrimination by any State, Institution, group of persons, or person on the ground of religion or other belief.”

Indians are ranked second in the number of overseas (non-EU) students in the United Kingdom. Govt. of Karnataka strongly supports research and education across the world. During 2019, Govt. of Karnataka donated in the memory of sociologist-anthropologist M.N. Srinivas, who studied at Oxford in the 1940s to establish a professorship in Anthropology.

Through this letter, I request the University of Oxford to ensure the safety of Miss. Rashmi Samant and her family. Stringent action is required on the people harassing in this regard.

The Karnataka CM pointed out how Rashmi had been stalked by Sarkar. He also drew attention of the University authorities to the fact that Rashmi & her family were being attacked by Sarkar for their Hindu faith. He also urged the University to ensure Samant’s safety while demanding that her harrassers be meted out stringent punishment.

It must be mentioned that earlier, on March 15, days after the controversy, the Union External Affairs Minister (EAM) had also raised the matter in the Bharatiya parliament. He had said back then that Bharat could never ever turn its face away from racism and added that he would champion the fight against such intolerance.