Give
HinduPost is the voice of Hindus. Support us. Protect Dharma
GIVE
19.3 C
Sringeri 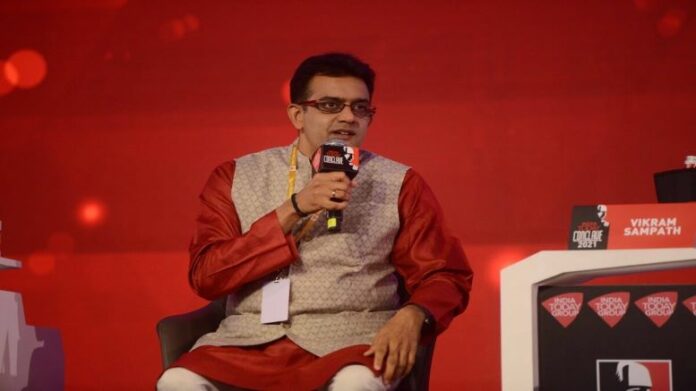 Conscious of the fact that a battalion of “professional” historians and some crazy trolls have begun discrediting me, my work and whatever I said at India Today conclave with Dr. Shashi Tharoor and Rajdeep Sardesai.

Selective screenshots of NCERT books (usual ploy!) to prove falsehood have been used. If such fakery and sleight of hand can be done on social media pity their students who suffer this on a daily basis.

Here are links of entire books of NCERT: Class 6, Class 7, Class 8. Anyone can download entire books and see my point proved amply.

Class 7 textbook has merely a map in chapter 2, page 16 that just states names of southern dynasties like Rashtrakutas, Pandyas etc. Some hiranyagarbha myth cited to make Rashtrakutas and their brahmin priests appear foolish.

On Cholas, in same chapter, they apparently had 400 types of oppressive taxes- of course jizia later was benign. Cholas are disposed off in 3 pages flat. Apparently Mahmud Ghazni was very interested in finding out more about the people he conquered and so got Albiruni to write a book (page 21)

Bolstering my point of Delhi centricity, while all these great kingdoms are disposed off in 2-3 pages, chapter 3 is fully devoted to the “Delhi Sultans” – what their contribution to this country is no one knows, but their tyranny remains unmentioned.

Chapter 4 is fully devoted to “Mughal Empire”. Chapter 5 on “Rulers & Buildings” is also largely about Delhi Sultanate and Mughal architecture/tombs/gardens with a few temples strewn in between. “Temples and mosques were beautifully constructed because they were places of worship.” (page 63)

Mind you, just 3 lines on any temple destruction at all as against 1 page of Hindu pillaging and that too mentioned so casually that Mahmud Ghazni was not a very important ruler and in middle ages it was common to destroy and loot places of worship of defeated rulers (page 66). No proofs given.

Chapter 6 on Towns, Traders and Craftspersons is where we get 1 page on Vijayanagara Empire (page 82-83) and that too more on Hampi and what Domingo Paes said and it just “fell” in 1565. No separate chapter for this important Empire but couched amidst unrelated matter.

Chapter 7 on Tribals and Nomads has brief para on Ahoms (page 99-100) where Mughals under Mir Jumla’s defeat of Ahoms in 1662 is mentioned but Battle of Saraighat 1671 and counter defeat by Lachit Borphukan happily omitted. Less said about bhakti and sufi movement in chapter 8, the better!

Chapter 9 is called “Making of Regional Culture” – when there was no nation according to these worthies what is “national” and what is “regional”? Delhi is “centre” and Cheras of Kerala, Rajputs of Rajasthan, Bengal are merely “Regional”? Here too Mughals intrude the chapter vastly.

Chapter 10 has details of Nadir Shah, Nizam-ul-Mulk, Awadh nawabs, but Chatrapati Shivaji Maharaj is disposed off in less than a quarter of a page that too under a portrait (page 149). Peshwas get 1 page. Thus ends class 7 history book.

If this doesn’t prove my point of incommensurate portrayal of invaders as against native kingdoms I don’t know what else can. I’m told “professional” historians work very hard and shouldn’t be insulted. If this shoddy work is what comes after toil, they deserve all the rap on knuckles.

Finally all trolls and their overlords sitting in foreign universities, passing slanders against me and my “ineligibility” – these ad hominem attacks are something I’m long used to and they don’t bother me one bit. So please save your ammunition for some weakling who’d cower under your bullying.

Professional history doesn’t just mean working in a university and churning more liars like oneself. I reject this clergy or should I say as you folks would love to – Brahminism and elitism!

I have worked hard for 15 yrs to establish my credentials and won national and international acclaim and fellowships on the merit of 6 books I have authored and forthcoming one from Routledge UK.

Hence, certifications from anonymous trolls/”professionals”/media mischief makers/or your close clique of circular referencers (“peer reviews”) is something I reject in totality!

Truth, courage of conviction and a clear conscience along with the support of my readers is all that i have as my strength. The rest of you with no constructive criticisms/feedback and your malicious insinuations are irrelevant to my life or my work. So please utilize your time elsewhere.

(This article has been compiled from the tweet thread of Dr. Vikram Sampath @vikramsampath)