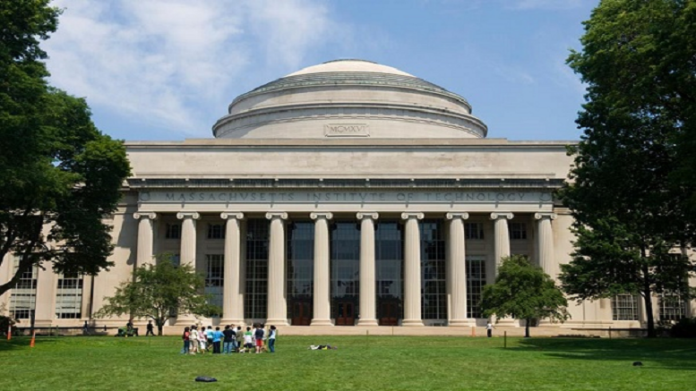 We graduated from the Massachusetts Institute of Technology more than 50 years ago. MIT was academically rigorous, and it taught us our crafts and the essence of problem-solving, enabling us to thrive in our careers. We owe much to our alma mater and have donated to it regularly.

The current MIT administration has caved repeatedly to the demands of “wokeness,” treating its students unfairly, compromising the quality of its staff, and damaging the institution and academic freedom at large.

We object to MIT’s politically correct measures, including the firing of its Catholic chaplain. In the early days of the George Floyd protests, before the details of Floyd’s death were clear, Father Daniel Moloney sent a letter outlining his thoughts on the event to the university’s Catholic community. It was a sincere examination of conscience from a person whose job it was to examine conscience, yet it prompted his immediate dismissal.

MIT’s leadership apparently took umbrage at his statement of these simple facts: that George Floyd “had not lived a virtuous life” (based on his multiple criminal convictions) and that “most people in the country have framed [Floyd’s death] as an act of racism. I don’t think we know that.”

Moloney did not present these statements as justification for Floyd’s death; to the contrary, his letter begins, “George Floyd was killed by a police officer, and shouldn’t have been.” But MIT found the letter intolerable and fired the chaplain. (We are not Catholic, by the way, but believe fairness transcends religion.)

We also deplore MIT’s new mandatory diversity training. In the autumn of 2020, MIT sent an email to new and current students informing them that they would be unable to register for spring classes if they failed to undergo wokeness instruction. In the email, MIT outlined two required trainings: one on “Diversity, Equity, and Inclusion,” and the other entitled “Sexual Assault Prevention Ongoing: Healthy Relationships.” Portions of the training materials are available here.

The compulsory videos contain deftly worded but fatuous questions implying that straight white males are at the “intersection” of all oppressive behaviors. Everyone else is an oppressed victim, with extra points for being a member of multiple minority groups. Thus, the concept of “intersectionality” is a kind of conspiracy theory of victimization.

The most vivid illustration of how far the university has sunk is the disgraceful cancellation of University of Chicago professor Dorian Abbot. When MIT invited the distinguished geophysicist to give a public lecture, he seemed a natural choice, “a scientific star who studies climate change and whether planets in distant solar systems might harbor atmospheres conducive to life,” in the words of the New York Times.

But Abbot had committed the mortal sin of arguing, in Newsweek, that the implementation of diversity, equity, and inclusion (DEI) initiatives on college campuses “violates the ethical and legal principle of equal treatment” and “treats persons as merely means to an end, giving primacy to a statistic over the individuality of a human being.” He proposed instead “an alternative framework called Merit, Fairness, and Equality (MFE) whereby university applicants are treated as individuals and evaluated through a rigorous and unbiased process based on their merit and qualifications alone.”

Instead of championing Abbot’s presentation on earth’s climate and the identification of planets in other solar systems, MIT pandered to a Twitter mob and canceled the lecture. Princeton’s James Madison Program in Ideals and Institutions invited Abbot to deliver the lecture, which he did (marvelously, we hasten to add) on the day his MIT lecture had been scheduled. The fiasco has, deservedly, received worldwide attention.

Pointing out MIT’s lapses and withdrawing our financial support of the offending institution is insufficient. We would like to suggest a way for MIT to return to our good graces and hope it will consider adopting the following principles of fairness.

First, facts are not racist, and stating facts is not racism. Second, a person’s ethnicity or skin color does not define him or her as a racist, oppressor, or victim. Third, intellectual ability and achievement are the principal requirements for admission as a student or faculty member to any university. Fourth, diversity of opinions is desired and supported. Fifth, a just, democratic society requires equal opportunity, equal justice, and equal responsibility; it does not require equal outcomes. And finally, adherence to the statements above must not be sacrificed for political, social, or public relations considerations.

These truths used to be self-evident; now they are apparently controversial. MIT and other universities must make a choice: Will they redeem themselves by standing for merit and truth, or will they forfeit the support of countless alumni and donors by surrendering to wokeness?

Tom Hafer developed systems for neutralizing rockets and drones. He currently coaches teenage robotics teams. Henry I. Miller, a physician and molecular biologist, was a Research Associate at the NIH and the founding director of the FDA’s Office of Biotechnology. They were undergraduates together at MIT.

(This article was first published on www.city-journal.org and has been reproduced here in full.)