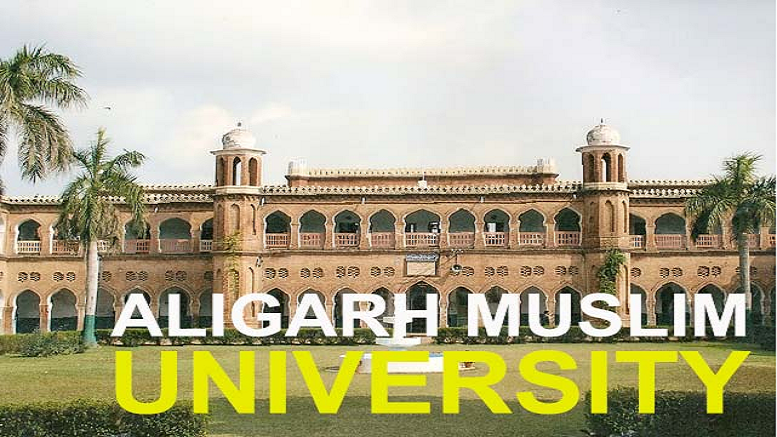 A teacher is a person who helps students acquire knowledge, competence and virtues. But what if a teacher is lacking in virtues himself?

A series of messages have come to light where Dr. Mohd. Asif Khan, Associate Professor at Department of Commerce, Aligarh Muslim University shared some objectionable posts in a Whatsapp group of students created to share notes and other updates related to studies during the lockdown. 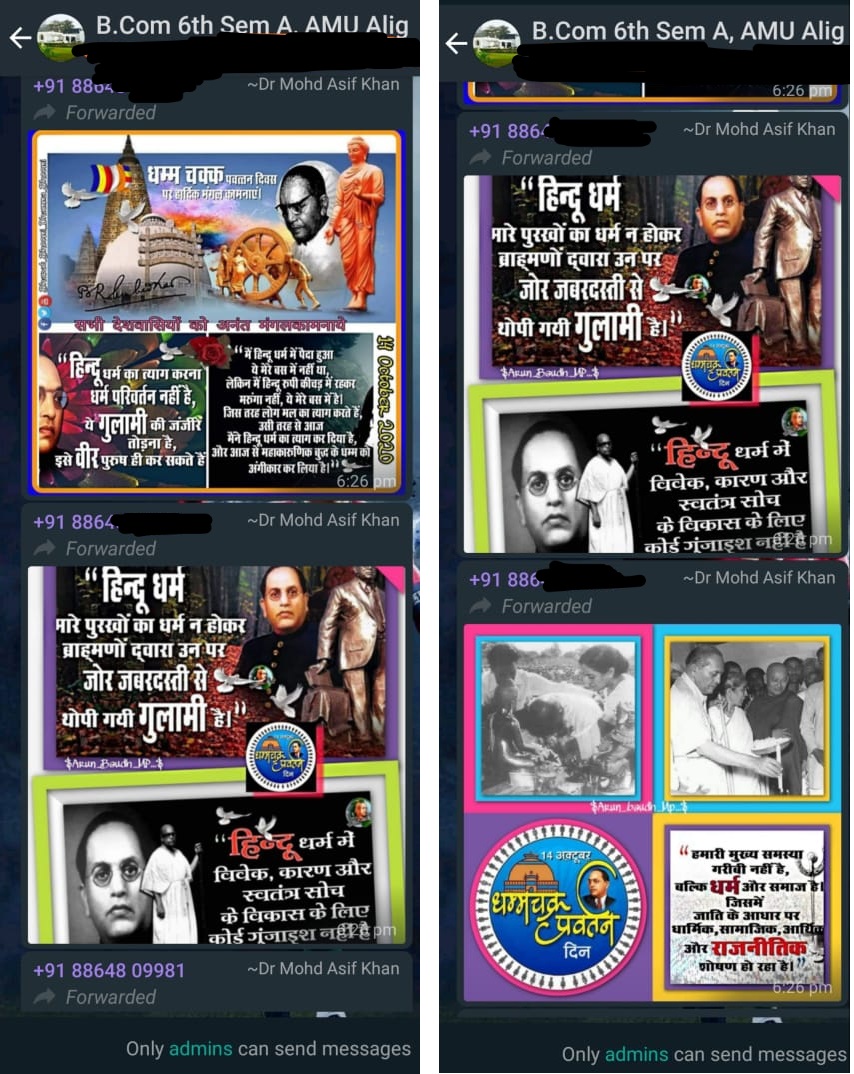 The posts were in form of images with unverified quotes that typically targeted and defamed Hindu religion, culture and called for abandonment of Hindu Dharma as a religion. One post read –

(That I was born in Hindu Dharma was not in my control, but I can control whether I die in Hindu-style dirt or not. The way people excrete waste, today I have left Hindu Dharma and embraced Buddha’s Dhamma)

(To abandon Hindu Dharma is not conversion of religion, it is breaking free the chains of slavery, only brave men can do this)

(Hindu Dharma was forced on our ancestors by Brahmins as a sort of slavery…Hindu Dharma has no scope for wisdom, reason and development of free thought)

Being a Hindu, these posts hurt my religious sentiments and being an alumnus of AMU, I feel ashamed of this act of Dr. Mohd. Asif Khan.

While the members of the group, mostly students of the same professor couldn’t say anything against these posts under the pressure of their marks being affected, one student, who chooses to keep his identity secret, decided to take up the issue with the Dean of the Department. The Dean said that he’ll make sure that Dr. Mohd. Asif Khan leaves every Whatsapp group. Unsatisfied with the proposed action, the student wrote to the VC, however he didn’t receive any reply for the same.

I want to ask the VC, AMU and the Dean of Department of Commerce, AMU: If a professor, who is entrusted with the duty to shape their pupils’ mind, who has the ability to influence thousands of people, who interacts with hundreds of people on almost daily basis, engages himself in spreading communal hatred, then is the action of meagre removal of teacher from Whatsapp groups justified and sufficient? My straight answer is “NO”.

In addition to a written apology from Dr. Mohd. Asif Khan, I along with other students and alumnus demand that he be removed from his post of Assistant Professor with immediate effect and legal action be taken against him for spreading communal hatred.

It is people like him who are spitting venom and spreading communal hatred and severely affecting the peaceful environment of the University. Dr. Khan, being a professor at a national institution, should hold an unprejudiced opinion and abstain from engaging in such shameful activities, but instead he is professing and propagating such hate speech.

The students’ demand is justified and should be honoured by the University Administration.