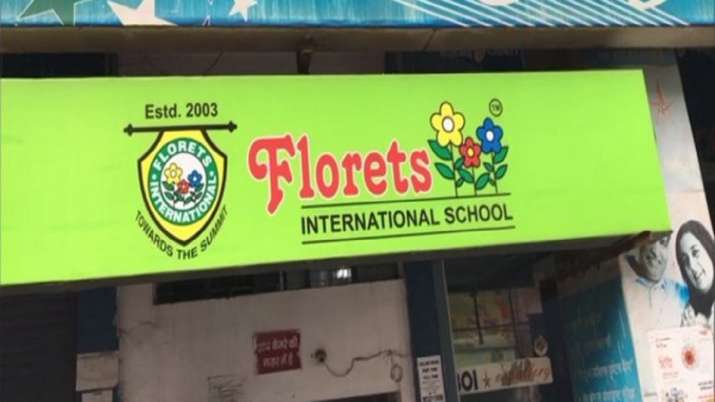 Kanpur’s Florets International School has been caught in a controversy after it was seen making non-Muslim students recite the ‘Kalma’ in a viral video on social media (SM). Several parents and Hindu organizations staged demonstrations after the video went viral.

“One day, my daughter said that she was unable to learn this (Kalma). We filed the complaint in school. They asked us to give a written complaint. In another branch, they sing Muslim prayers on speakers. We will put our child in a different school if this is the case”, Republic TV quoted one of the parents, Ankit Gupta.

A parent said, “My son studies here. For the last few days, my son has been reciting the kalma at home. My wife raised concern about it. When we spoke to our son, he said that every day after prayer, the school teaches it to them. My concern is why my son should read this. What if he disapproves of his religion after some days?”

ACP Nishank Sharma took cognizance of the incident and said they learned about Hindu students being forced to read ‘Kalma’ through a tweet. Sharma said he apprised the local police and District Magistrate (DM) of the incident and directed them to take action. He added that the school had followed this practice for 12-13 years. He also said the school authorities had stopped all other prayers and decided to recite only the national anthem during morning assembly.

“Why this is being taught to students? What does this prayer mean, and why have you not written the meaning? The meaning of that statement is – ‘Only Allah is there’. We are not saying anything to any religion, but if you want to teach this, kindly teach it in a madarsa”, BJP leader Geeta Nigam said.

“Jana Gana Mana is not being recited here. Instead, students are encouraged to recite the Kalma. They surely have links with PFI. We will get the matter investigated. Gangajal has been sprinkled all over the school for purification”, stated councilor Mahendra Shukla.

Earlier, there were reports of Muslims forcing government schools in Jharkhand to shift the weekly holiday to Friday. Following pressure from the Muslim community, government schools in Jharkhand’s Jamtara district have shifted the weekly holiday to Friday from Sunday, citing the Muslims being in majority as a reason for the change.

“Reports state that Muslim community members compelled school authorities to take the decision, and subsequently, more than 100 government schools in Jamtara have adopted Friday (Jumma) as a holiday. The fact that government schools declare weekly holidays on religious grounds is a matter of concern”, HinduPost had highlighted.

“For years, more than 500 government schools in Bihar’s Seemanchal area, which has a sizable Muslim population, have been observing Friday as their weekly off instead of Sunday, despite no official mandate to that effect. This practice has been followed by the schools located in the eastern part of Bihar, which include districts of Kishanganj, Araria, Katihar, and Purnia”, notes OpIndia.

In another instance of Islamisation, a Maths teacher named Sarika Rana at Orchids The International School in BTM Layout, Bengaluru, Karnataka has been accused of promoting Islam and teaching children to pray to Allah, the ‘better God’, when the students were facing problems in solving some sums.

Hindu society must wake up to the threat of Islamisation of non-Muslim students in the name of equality.