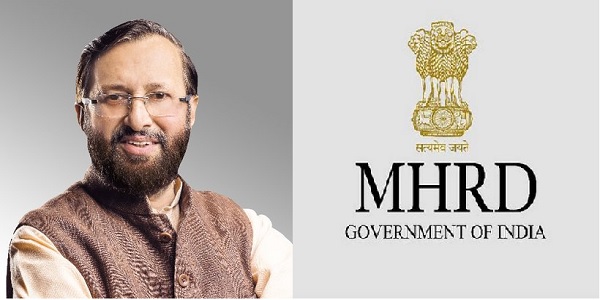 On the occasion of Teachers’ Day on 5th September, 2018, the Minister for Human Resource Development, Shri Prakash Javadekar organised a twitter chat session #AskPrakashJavadekar where twitter users were asked to put up questions to the minister who replied to them during a live session.

Being written by eminent marxists like Romila Thapar and Ramachandra Guha, the textbooks in Bharat’s schools are more Hinduphobic and try to portray Hindu Dharma in bad light. On one hand, they glorify the Mughals, teach about compassion of Christians and Jesus through long chapters and on the other hand, the great rulers like Maharana Pratap, Shivaji and great empires like Vijayanagara get a mention in a small paragraph somewhere in the middle of any chapter. While Muslims and Christians are shown as peaceful and progressive, Hindus are shown as communal and regressive.

With RTE becoming more like a bane for schools run by Hindus, government is responsible to answer this systematic attack on Hindu Dharma.

It has been happening since a long time and seems like things haven’t changed much even after BJP government came at the center.

Shri Abhinav Agarwal posted a series of questions to hold the government accountable for cultural genocide of Hindus and wrongly shaping up the young minds. Here are some hard hitting questions to Hon’ble Minister Shri Prakash Javadekar, that he tweeted from his twitter handle @AbhinavAgarwal :

1. Why was someone accused of murder by the Delhi Police allowed to remain a member of the NCERT’s Textbook preparation committee? Do you support a murder accused setting the education content for lakhs of children?

2. RTE has been proven to worsen learning outcomes and closure of thousands of schools run by Hindus. Have you or your ministry done any research in this area, and have you taken this up with the prime minister?

3. Pandita Ramabai was an evangelist who was criticized in her times for her “suffocating” “explicit Christian commitment”. Her followers ran campaigns to discredit Swami Vivekananda. Why isn’t this not in NCERT textbooks?

4. Why do statements like “The Brahmans have hidden away the sword of their religion which has cut the throat of the peoples’ prosperity” appear in NCERT textbooks, that demonize Hindu Dharma and promote Hinduphobia?

5. The NCERT textbook on social science for Class IX has five chapters on socialism, including one on “Stalinism and Collectivisation”. Are you or your ministry unaware that millions of people were murdered in Stalin’s regime?

6. Why is it not part of the education curriculum that calculus was invented in Bharat hundreds of years before Europe? This has been accepted in the West for many years now.

7. Why are Bharat’s contributions to science, maths, physics, chemistry, astronomy not mentioned in the education curriculum – in History, Geography, Maths, and Science?

8. Do you or your government endorse the appointment of Urban Naxals like Mr Guha on the NCERT’s Textbook Preparation Committees?

9. Several chapters from the NCERT textbook on Civics for classes IX & X have content that promotes Hinduphobia and deepens communal divides. Why have you as HRD Minister allowed this to continue?

HRD Ministry’s Periscope session lasted for about 26 minutes, in which Shri Prakash Javadekar addressed a few more than 15 questions, including “what is your message to students”.

This leads to ponder on two things:

1. Is this nothing more than some exercise meant to check a box on some social media engagement report to be sent to the PM?

2. With more than 7 lakh tweet impressions, yet ZERO answers, is the BJP so disconnected with its social media base, or it really doesn’t care?

However, one thing is for sure that our education system needs some drastic reforms to make it free from Hinduphobia and take pride in its Hindu culture and great history.