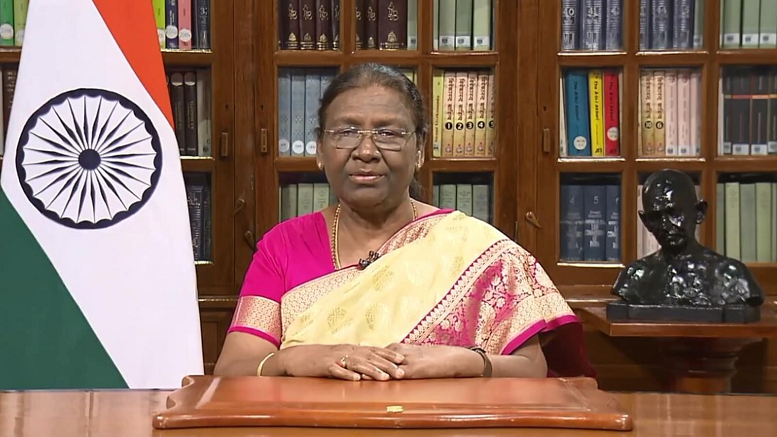 When Pranab Mukherjee was the President he gave a lesson to students of Prasad Sarvodaya Vidyalaya on  Teachers’ Day on the history of Bharatiya politics. On Teachers’ Day it is worth mentioning that many of our Presidents were teachers before  they became  Presidents.

September 5th which happens  to be the birthday of former President Dr. Sarvepalli Radhakrishnan is  celebrated as Teachers’ Day to honor the contribution made by the teachers to society.  President  Pranab  Mukherjee was a college teacher before he became  President.

Rajendra  Prasad, the first  President of  Republic  India, was professor at the Langat  Singh College in Muzaffarpur.  Now the latest to join this list is our current President Droupadi Murmu who started off as a Primary teacher  and has now become President.

On  Teachers’  Day,  our  leaders, politicians, bureaucrats, spiritual gurus should  address students in classrooms. They should motivate students to achieve their aspirations. They should  also address teachers  to know their grievances.

Vineet  Nayar who runs the NGO  SAMPARK,  in an interview with the Indian Express mentions that the  National Achievement Survey has shown a dip in learning levels across grades compared to 2017. He says  that classrooms seem to add very little to learning outcomes. Non Academic work like election duty, record keeping  disable teachers from performing academic work.  The need of the hour is to enable teachers to perform their duties efficiently, said Vineet Nayar.

Philosophers, scientists, thinkers should speak to the students of the struggle, hardships which they faced in life to reach their  present  positions. Lal Bahadur Shastri, Bharat’s second  Prime  Minister  used to swim to and fro  from school as he could not afford a ferry ride  due to his poor financial condition. Our  present  President  Droupadi Murmu had to face personal tragedies before she became President.  In just six years  she lost her husband, two sons, mother and brother. But she did not let these adversities affect her. She practiced  meditation techniques which helped her to remain calm  during crisis.

During examinations when students are stressed out, they should emulate President Murmu and practice meditation techniques which she did. There is this perception that the present day youth don’t have a credible role model to fall back on.

When our leaders become teachers on Teachers’ Day  and reach out to the students  through  a question  and  answer session, trying to understand their fears and anxieties and instill self confidence in the youth they are filling up the vacuum  of the youth of  not having a role model  to emulate.

Our  Prime  Minister  Narendra  Modi  in one of his addresses  to students  on  Teachers’ Day  said that people with high professional  achievements  and  in  professions  like doctors and engineers should teach school students at least for one period a week. ”A student,” said Prime Minister Modi, ”is a representative  of his teacher, he is a canvas painted  by his teacher. Our  future lies in our youth reaching out to them on Teachers’  Day is taking a step forward in Nation Building.”