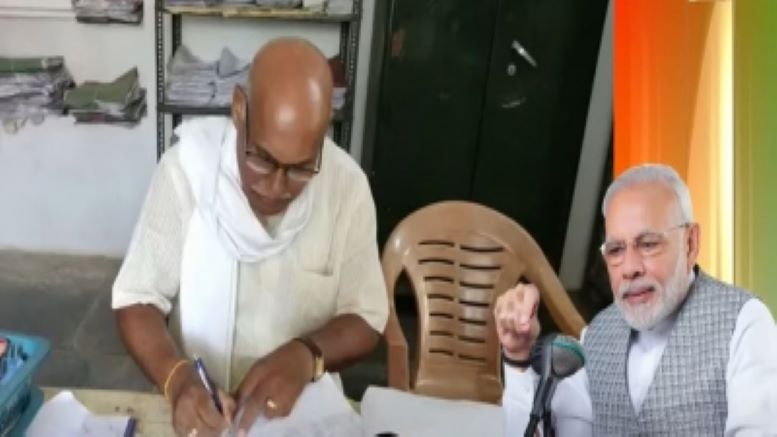 A teacher from Andhra Pradesh, who spent his entire retirement benefits on the education of girls, came in for praise from Prime Minister Narendra Modi.

A retired school headmaster from Giddalur, Prakasam, did not use his retirement benefits to build a house or for other family purposes as most of the government employees do after retirement.

He deposited Rs 25.71 lakh at a post office to open Sukanya Samrudhhi Yojana (SSY) accounts for 88 girls over the age of 10 years.

Every quarter, the interest amount of Rs 41,000 on the deposit would be equally distributed and credited to the accounts of the girls till they attain the age of 21 years.

Ram Bhupal Reddy, who retired as the headmaster of Yadavalli Zilla Parishad School, said he was disturbed when he saw many girls dropping out of school as their parents could not afford to continue their education.

He had decided to do something to help such children with whatever benefit he gets on retirement. This way he wanted to ensure that at least some girls continue their education.

He identified 88 girls from poor families and deposited the entire amount in their accounts under the Government of India’s scheme.

The SSY account passbooks were handed over to all the students at Bhupal Reddy’s superannuation function recently.

During his entire career, Ram Bhupal Reddy helped students from poor backgrounds in whatever way he could.

He not only used to pay their fees but also used to distribute new clothes to them at festivals.

He received four awards from three chief ministers of the erstwhile Andhra Pradesh for his contributions to education.

He also conducted workshops and meetings to help teachers improve their expertise in their subjects.

To encourage teachers to perform better, he also helped conduct a grand felicitation function to reward 6,300 subject-teachers of schools, which got cent per cent results in the Class 10 exams.