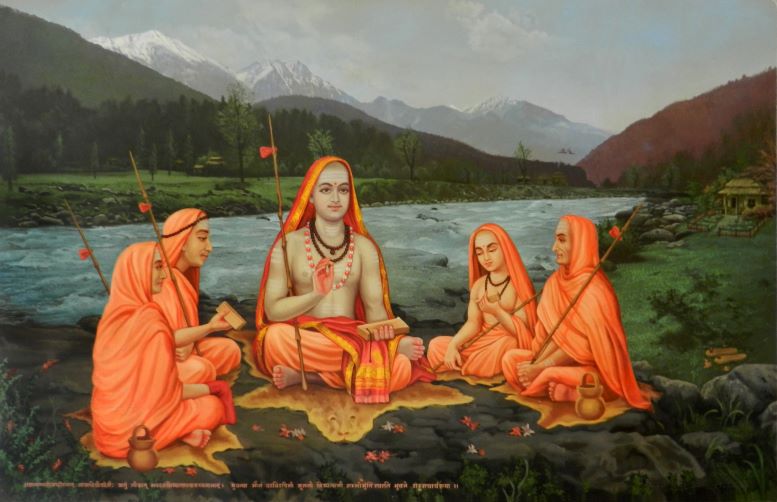 Agastya Gurukulam is a US-based non-profit organization providing traditional education. Their Twitter profile says they are the world’s first online Samskrit Immersion school. An Immersion school is a learning establishment where the majority of the classes will be taught in their chosen language. Agastya Gurukulam brings Shastra-based Samskrit education to students through homeschooling.

The institution is dedicated to the cause of education rooted in the traditional Bharatiya knowledge systems. Their aim is to revive the pre-Macaulay era method of Bharatiya education. “Our goal is to make children as fluent in Samskritam and its literature as in English so that the entire treasure trove of Bharateeya knowledge is accessible to them. Through rigorous study of both Shastric works and modern subjects and firm mooring in dharmic values, we hope to nurture the thought leaders of the future”, their site notes.

Explaining their philosophy the site says, “The traditional sequence of teaching begins with memorization-centric instruction for the first few years, followed by logic-centric education in the second phase and a rhetoric level of education that focuses on research and self-expression. We plan to follow such a sequence of progression in the school.”

The organization holds classes online with biannual camps. The organization lays emphasis on good health which is evident from the fact that the school day begins with Yoga practice. They follow a three-language formula, whereby each student will learn Samskritam, mother tongue or Hindi, and English. Maths and Social studies are taught at all levels, and Science is taught at the Middle school level. Bharatiya samskriti is taught both informally and formally.

There is a need for more such institutions teaching the Indic way of life that blends traditional indigenous education with modern education.