VHP writes to UN to stop Hindu Genocide in Bangladesh 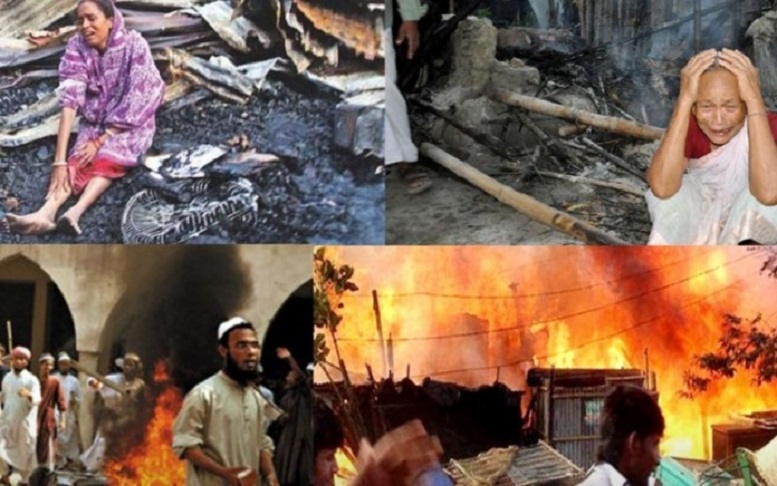 Your excellency, you will be aware of the current spate of the genocide of the indigenous minority Hindus in Bangladesh, which continues unabated! The brutal killings of innocents, in more than 22 districts over the past 10-12 days, violate any notion of humanity. The radical Islamists caused despair and terror among devotees by forcibly entering places of worship during the sacred Durga Puja and jubilantly vandalizing and breaking icons of deities and destroying shrines.

A dozen Hindus were slaughtered, a thousand injured. Horrifyingly, Hindu women and small girls were raped in front of family members and homes and businesses were looted and burnt as well. The police and law enforcement authorities were mute spectators, intervening too late to prevent the atrocities.

Your excellency, the fate of Hindu and other minorities has been grim in the region for over a century and evidently, a final chapter of their destruction is occurring in full view of the world. During the partition of India in 1947, an estimated 2 million Hindus in the eastern half of Bengal were killed and countless millions fled to India. These horrors continued, with one million Hindus killed again in 1950 and another five million fleeing to safety in India. with thousands slaughtered in 1964, prompting another surge of fleeing refugees. The events of 1971, the murder of 2-3 million and rape camps imprisoning over 400,000 women and girls in rape camps by the Pakistani army need no recounting.

Unfortunately, the persecution of minorities continued in independent Bangladesh and the current episode is only the latest of numerous recorded by the UN itself and governments abroad, like the US. It is, therefore, no surprise that the population of the mainly Hindu minority in Bangladesh, which was almost a third at partition in 1947, has declined to approximately 8% and respected Bangladeshi demographers predict it will fall to zero by 2050. The tragedy of the Hindus of Bangladesh is equalled by the Jewish holocaust of WWII and much worse than the Rwandan genocide.

Your excellency, in view of this horrific inhuman genocide, we request you to: –

(1) Set up an International Enquiry Commission and send a fact-finding mission to Bangladesh to inquire into the continuing genocide of Hindus in Bangladesh contemplate additional measures to protect the indigenous Hindu minorities from genocide being committed by radical Islamists.

(2) Pressurize the Government of Bangladesh to ensure physical security and justice for the victims and compensate for their loss of life, property, places of worship, house, business, etc. Give exemplary punishment to the perpetrators of the crimes.

(3) The UNSC to take action to proscribe criminal organisations engaged in Jihadi violence and challenging the legitimacy of the elected government of Bangladesh.

(3) Urge the government of Bangladesh to repeal the Vested Property Act – 2013, which is the critical underlying incitement to violence since property abandoned by the fleeing can be legally seized by their own neighbours.

Thanking you in anticipation,

(Similar letters were sent to United Nations High Commissioner for Human Rights, Switzerland and President of European Commission in Belgium)