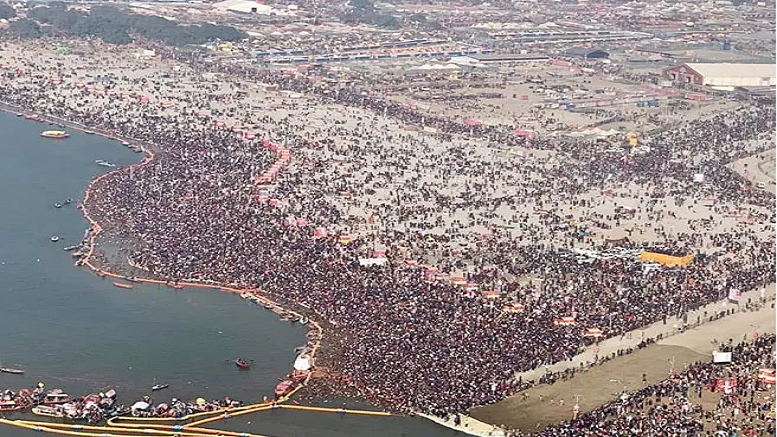 The Vishwa Hindu Parishad (VHP) has registered its protest against the construction of a mosque on a Gram Sabha land in the trans-Ganga area of Prayagraj.

The mosque is being constructed in the Havelia village in Jhunsi area, said the VHP.

VHP leaders, who have submitted a memorandum to the district administration, said the construction of the mosque was going on near the Samudra Koop on the banks of the Ganga at Kumbh Mela Kshetra. They have requested district authorities to demolish the illegal structure at the earliest.

The VHP leaders have given an ultimatum of seven days to the district authorities for stopping the construction and demolishing the structure failing which they would start a massive protest at the site.

VHP spokesman Ashwani Mishra told reporters, “The volunteers of VHP’s Kashi Prant have handed over a memorandum to the ADM (City) against the construction of an illegal mosque in the Kumbh Mela area.”

A group of unidentified persons are carrying out the construction of the mosque illegally with an intention to disturb the communal harmony of the Sangam City, he added.

The lekhpal and police of the area as well as administrative officials are aware about the ongoing construction, but no concrete action has been taken till now, said Mishra.

The VHP volunteers demanded that the district authorities must take prompt action as the illegal construction of the mosque was being done on the banks of the Ganga near the Kumbh Mela area.

When contacted by IANS, the local officials refused to comment on the issue.

(This article was published on dajiworld.com on October 15, 2020 and has been reproduced here.)

Out on bail, Firoz Ahmad beheads & mutilates electrician Suraj Gupta to fake his own death: UP