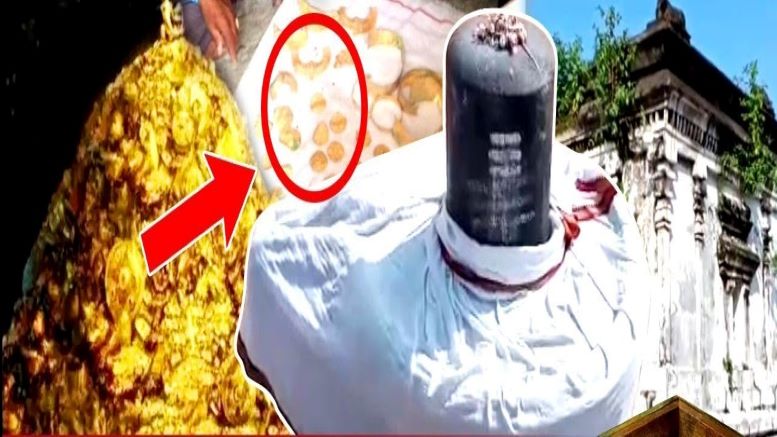 Uthiramerur, one of the historically important places of Tamilnadu recently found mention in PM Modi’s speech about the electoral process. PM mentioned the Chola era inscription found in Uthiramerur while speaking after performing the Bhumi puja of the new parliament building. Now the village has found its way to breaking news as a treasure of gold is said to be found from a temple.

Uthiramerur was all over the vernacular news media as photos of gold ornaments and other accessories found their way to social media. News media reported that the treasure was found from the Kuzhambareswarar temple located in the village. The temple is said to belong to the age of Cholas, during the reign of Kulotunga Chola II, in the 11th century.

Even though it is an ancient temple it wasn’t taken over by the Hindu Religious and Charitable Endowments (HRCE) department. As the temple structure became weak due to negligence and started to collapse, villagers decided to reconstruct it and formed a committee for the same. The committee has been planning the reconstruction work for the past one month and the rubbles were removed using JCB 2 days back. When the stone below the main door was removed devotees found a cloth bag inside which gold ornaments were found.

The villagers are said to have taken them for safekeeping. However, as the news of discovering treasure found its way to social media government officials ordered for the gold to be returned. But the devotees refused to do so, citing the fact that the temple isn’t under government control and that no official came forward to help rebuild the temple when the devotees approached. The revenue department officials made an announcement that they’ll take the help of the police department if need be to collect the gold if the devotees don’t return it on their own.

Devotees explained that it is not really a treasure but the gold buried under the doorstep as is the custom. The practice of burying some gold under the doorstep is a custom followed for even houses. Devotees claim that they haven’t measured the gold as they were going to replace it under the new temple anyway.

It is rumored to weigh around 70-100 sovereigns. But the officials were not ready to let it go and a peace meeting was organized in which the devotees made the officials promise that they’d return the gold as it is to be placed under the doorstep of the new temple. Interestingly during the meeting, a woman devotee was possessed by Devi and she told the crowd that the ornaments belonged to a princess and should be placed in the temple.

Despite the devotees saying on record that they only want the gold to be returned to its rightful place under the new temple, the media has instead reported to the contrary implying that the devotees don’t want to part with the gold and painted them as thieves. This has drawn ire from devotees all over the state and widespread criticism that the gold will only be lost if it reaches the hands of government officials.

They also pointed out HRCE’s record in maintaining the wealth of the temples under its administration. Some media has reported that the villagers staged a protest demanding assurance from the officials that they’ll return the gold back. They were supposedly assuaged by local politicians and given in writing that their demands will be met.

Now the devotees are left hoping that the government will build the temple and return the gold as it has promised. The rules of the government that any such wealth found beneath the ground belongs to it notwithstanding, both archeological experts and devotees feel that the treasure should be returned to the temple after its antiquity is studied.

This incident has also started the discussion on the destruction of temples and deities and temple wealth being hidden during the Islamic invasion as another possibility is that the gold could have been hidden during that time to save it from marauding Islamic invaders.