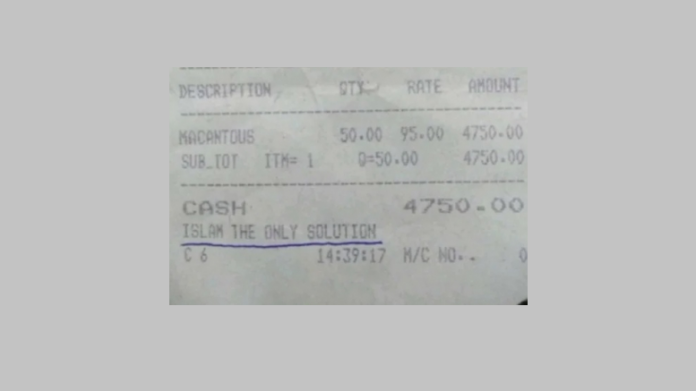 A probe has been ordered in a case where a receipt was issued to a customer, allegedly by a city trader, with a tagline that said, ‘Islam is the only solution.’

This bill receipt has gone viral on social media.

Police have identified the trader who owns a rubber material outlet in the Meston Road area of Kanpur.

When a call was made on the mobile number printed on the receipt it was found to be switched off.

It is being said that after the slip went viral, the trader switched off his mobile phone. However, he was summoned by the police.

Police Commissioner Asim Kumar Arun said the matter has come to light and it is being investigated. “The person concerned has been identified and is being questioned. Action will be taken on the basis of evidence”, he said.