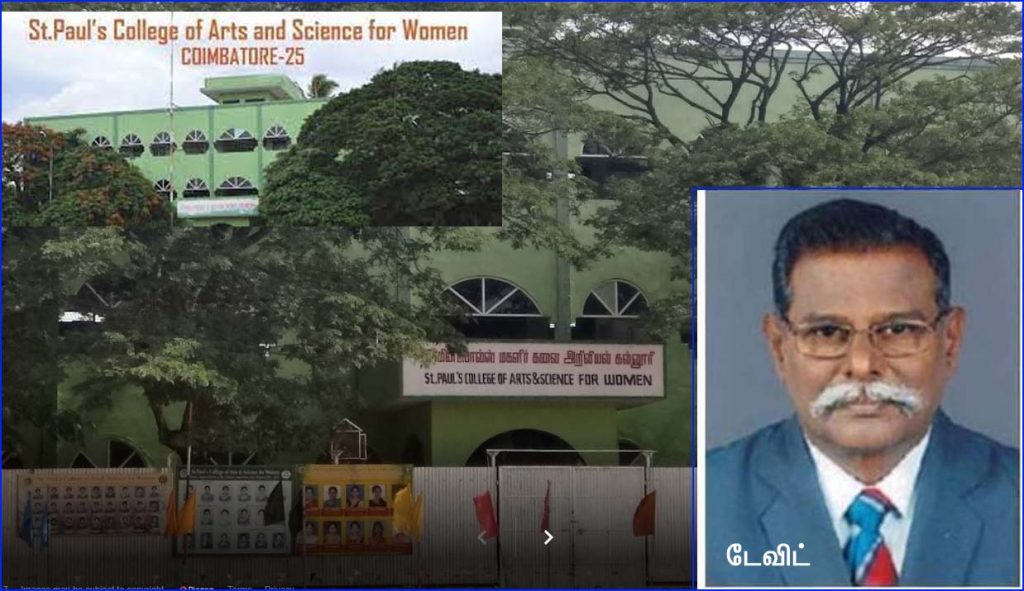 Shocking details of Christians conducting “Japa Yatra” to counter Hindus celebrating Ganesh Chaturthi have emerged from Tamil Nadu. A letter from a pastor and the chairman of educational institutions in Coimbatore asking Christians to conduct prayer meetings on Ganesh Chaturthi to “stop idol worship” has gone viral in social media.

Rev.Dr.David, a missionary and the chairman of St.Paul’s College of Arts and Science for Women and St.Paul’s Matric Higher Secondary School in Coimbatore sent a circular to fellow missionaries, pastors and lay Christians asking them to organise a special “prayer yatra” in 100 wards of Coimbatore. He asks them to go out in their vehicles on Ganesh Chaturthi and pray in public places to abolish “idol worship”.

He also mentions in his letter that they had conducted such yatras in the past with 200 vehicles participating in 2017, 1000 vehicles in 2018 and took out a similar yatra in 2019 as well. He claims that as a result of this 3 year prayer yatra, Coimbatore collector has imposed restrictions on placing Ganesh murtis in public places, on their size, the routes on which visarjan procession can be taken, time limits, etc this year.

Consequently the number of “idols” have reduced this year significantly, he says. As he believes that it is the result of their prayers, he wants the prayer yatra to be conducted with even more fervor this year. The letter had gone viral in social media following which Hindu organisations filed a complaint with the police accusing pastor David of fanning communal tensions in the city. He has been arrested and remanded in judicial custody for 14 days.

Pastor David is the founder of both institutions and the managing trustee of St.Paul’s Educational Trust. The college website says, “the college is established with a missionary zeal”. Even though pastor David has been arrested, it is not clear what action was taken by either the police or district administration to check the religious hatred shown towards “idol worship”.

The letter had asked Christians to go on prayer yatra on the 8th or 9th or any other convenient day before the 10th, when Ganesh Chaturthi falls. No measures have been taken to stop this so-called yatra while severe restrictions have been imposed on Ganesh Chaturthi celebrations. Temples have been closed for public darshan on festival days and weekends. Hindu Munnani has planned to counter the prayer yatra by congregating in temples in large numbers.

Coimbatore, part of Kongu region, gave 2 MLAs to BJP in the recent assembly elections. It is considered to be a saffron fort as the region became communally charged after the 1998 bombings. Coimbatore was denied vaccine supply in the initial days after the DMK government was sworn in, as the party couldn’t win as many seats in the elections as it hoped.