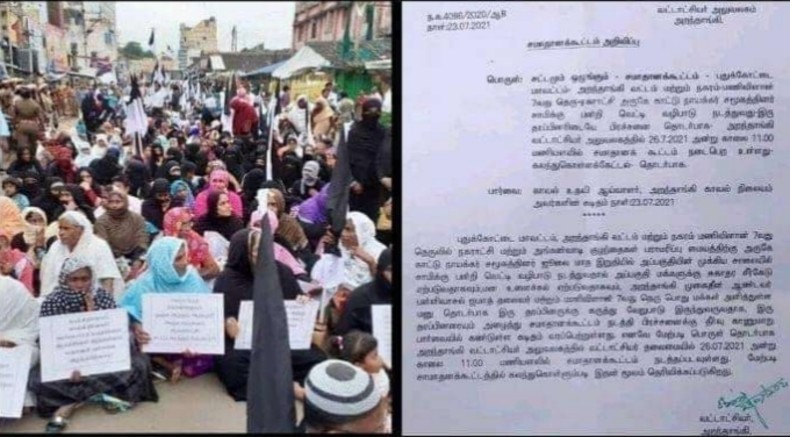 As a result of growing anti-Hindu bigotry in Tamil Nadu after DMK came to power, another incident of denying rights to perform a Hindu custom has come to light. A Hindu community has been stopped from sacrificing pigs as a part of worship. Muslims have taken offence to the slaughtering pigs and complained to the district administration.

Kattu Nayakkar community in Aranthangi, Pudukkottai, sacrifice pigs as a part of worshipping Madurai Veeran swami, their Kula Deva. They are said to sacrifice the pigs near the Municipal office and Anaganwadi in Aranthangi. Both are located near Muslims have opposed this saying slaughtering the animals in public creates an unhygienic environment in the area and disturbs their peace of mind.

Chief of the Muhideen Andavar Jamat has filed a complaint with the local authorities asking to ban the slaughter. This has resulted in law and order issues. Following this, police suggested the Revenue Divisional Officer hold a peace meeting to resolve the issue. The notice sent by the RDO regarding the peace meeting has created much furore in social media.

While Muslims slaughter lakhs of animals on Bakra-Eid literally and let the blood flow on the streets, they have the audacity to oppose a custom native to Bharat simply because they consider pigs to be impure. As per 2011 census data Muslims constitute 22.01% of the total population and are concentrated in some pockets of Aranthangi.