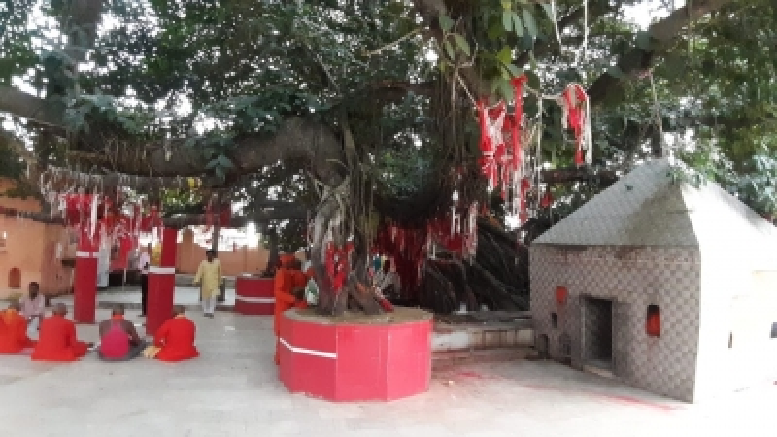 Gaya is considered as the best place for Pind Daan in Pitru Paksha for the salvation of ancestors and peace of their soul. From Ashwin Krishna Paksha Pratipada to Amavasya of Ashwin month, which is called Pitru Paksha or Mahalaya Paksha, lakhs of people from all over the country and world visit Gaya to offer Pind Daan and Tarpan to the their ancestors.

It is said that earlier there were 365 ‘Pind Vedis’ in Gaya, but at present it has come down to 54, out of them 45 are Pind Vedis and nine ‘Tarpanasthals’ – where people perform Pind Daan and ‘Tarpan’ for the salvation of ancestors during Pitru Paksha.

It is believed that Shradh Karma is considered complete or successful only after the Pandas of Gaya give blessings to the devotees preceded by offering of Pind Daan on Vipand Vedi located at Akshay Vat (the indestructible banyan tree).

On other Pind Vedis, Pind Daan is usually done with sesame, jaggery, rice, barley but at Akshay Vat there is a tradition of donating Pind Daan with khoya, kheer. It is believed that by donating Pind here, the ancestor gets ‘Brahmaloka’.

The Panda of Akshayavat, Viran Lal, told IANS that the Pind Daan ritual in Gaya begins from Phalgu, while it ends at Akshay Vat. It is believed that this tree is hundreds of years old, which is still there.

There is no description of when the ritual of Gaya Shradh started. It is said that from time immemorial, rituals have been going on here, since then it is considered necessary to donate Pind on the Vedi of Akshay Vat.

Gajadhar Lal, president of Teerth Vriti Sudharini Sabha, says that according to religious books, eating food near Akshay Vat also has its own importance. The fruits donated to the ancestors near Akshay Vat never expire.

There is also a tradition of tying thread in Akshay Vat. It is said that by tying a thread here, whatever one wishes for, it gets fulfilled.

Devotees here perform rituals for one day, three days, seven days, 15 days and 17 days, but the last Pind Daan has to be done at Akshay Vat for peace and prosperity.