The Wire columnist claims that Nathpanthis and Yogi Adityanath are not Hindu : what is the truth ? 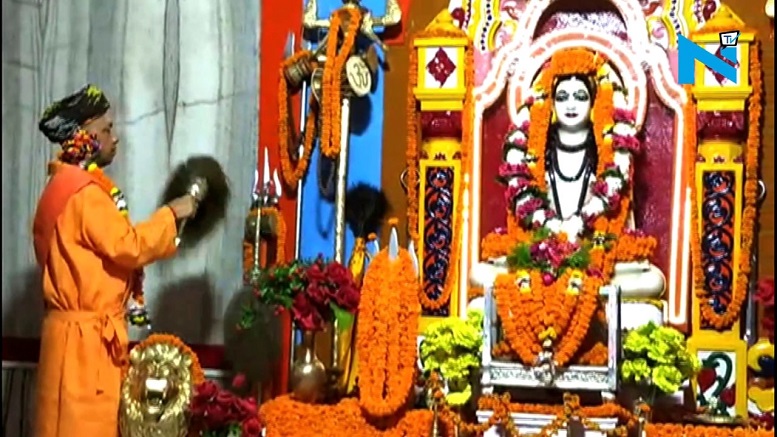 A recent article in propaganda portal The Wire, by a controversial American scholar named Christine Marrewa-Karwoski piqued my interest. I had seen her tweets about the Nath Sampradaya and Yogi Adityanath claiming that the tradition was not part of Hindu Dharma. One of such tweets can be seen below:-

Okay, for everyone going crazy of the Nath article… you don't have to take it from me. Take it from the Gorakhbani. Take it from Hindi professor P.D. Barthwal who compiled this edition of the GB in 1942. Looks like it says they aren't Hindu or Muslim. pic.twitter.com/sDpI9oFXhL

Let me just say here that in Bible, Joshua, commonly known as Jesus, says that he is “son of man”, and yet every Christian believes he was the son of God. Ms. Marrewa-Karwoski is clearly not a scholar of religions and does not understand that religious language is often symbolic and not literal. In any case, let us come to her article and see how she attempts to distort history and like Audrey Truschke, tries to school Bharatiyas in their own traditions.

At the start of her article, she says that “History employs evidence, facts, and reasoning, while propaganda aims to distort even basic truths.” Her article in The Wire, titled ” By Attacking the Mughals, Adityanath Is Erasing the History of His Own Nath Sampradāy” is a fine example of  propaganda that distorts basic truths.

The article is political in nature and the writer tries to score political brownie points by referring to an intolerant Bharat which does not respect Mughals anymore. The writes clearly has a problem with Yogi Adityanath and his politics and the article reads like the Communist propaganda that the likes of D N Jha used to write.

Factual mistakes and distortion in the article

There are numerous factual mistakes in the article, and a lot of false interpretations. However, due to paucity of time, I will point out only a few of these.

The article puts particular emphasis on the “patronage” of Nath Yogi centers by Muslim rulers. In fact, it seems as if the author wants Yogis to be eternally grateful to Muslims, specially Mughals, for their “generosity”. Let us see how cleverly she tries to portray Mughals in good light here. It must be stressed at the outset that she is a great fan of Mughals and completely believes in Richard Eaton’s contention that Mughals were secular and broke “only a few” Hindu  temples! The truth is that Muslim historians themselves gleefully give list of thousands of temples destroyed by Mughals!

1/5 If the author had done even a simple search, he would know that Richard Eaton published his research detailing the few temples (not the 40,000 alleged) destroyed by Mughal emperors and noted that these temples were largely destroyed not due to anti-Hindu sentiment.

Needless to say, that she is beholden to an ideology that has tried to distort historical truths in Bharat. It includes western as well as Bharatiya historians and has worked hard to ensure that a bigot like Aurangzeb is made respectable. I offer following points against her erroneous contentions:-

Who is a Hindu?

As Ms. Marrewa-Karvoski has tried to prove that Nath Sampraday, and by extension Yogi Adityanath, are not Hindu, let me quote the great Hindu saint of 14th century Jagadguru Vidyaranya.:-

While attempting to define who is a Hindu, the Jagadguru Shankaracharya of Sringeri Peeth, Vidyaranya enumerates five conditions for being a Hindu:-

This definition by a great Hindu teacher aptly puts all the Dharmic paths under the overall umbrella of Hindu Dharma. It must be remembered that Vidyaranya was not only was a religious teacher, but also the inspiration behind foundation of the Vijayanagar empire. He reconverted Harihar and Bukka from Islam to Hinduism and guided them on their path to establish Hindu sovereignty in the south after Khiljis and Tughlaqs had smashed the old Hindu Kingdoms to annihilation. The empire was bulwark against Jihadi hordes for about two centuries before it succumbed to treachery of its Muslim contingent in army during Battle of Talikota.

The attempt by Ms. Marrewa-Karvoski to portray Yogis as different from Hinduism and glorifying Mughals is not a unique or new phenomenon. The influence of Islam on Hinduism, and how some of its sects are different than mainstream, is quite an old lie. The Acharya of Dwaita philosophy, Sri Madhvacharya was said to be inspired by Islam and Christianity as he believed in ideas like a supreme personal God different from man. However, it was a figment of imagination as much as the thesis by Ms. Marrewa -Karvoski is. Hindu Dharma has always had diversity and dialogue as its salient features.

Wise readers might already be aware about the reason for peddling such false narratives. “Breaking India” forces are trying very hard to create more faultlines in the Hindu society and exploit the same. It is important that such efforts are countered in a credible and comprehensive manner.