The Vakula Devi Temple: a fine example of TTD mismanagement 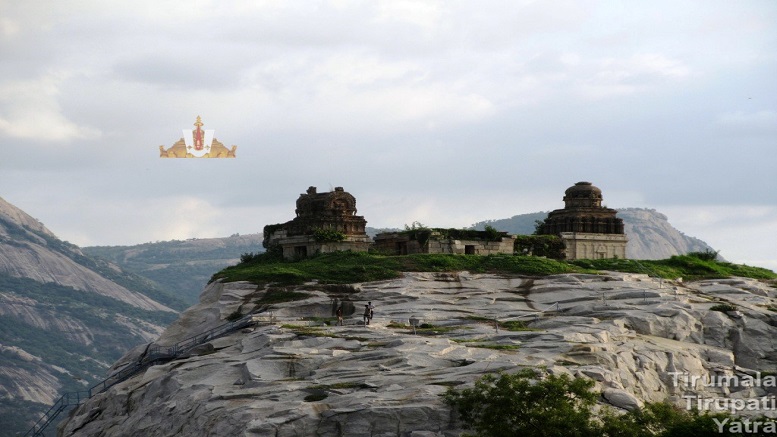 Vakula Devi is said to be the mother of Sri Venkateshwara at Tirumala. As per the legend of Tirumala, it dates back to Dvapara Yuga when Yashoda, the foster mother of Bhagwan Krishna complains to him that she couldn’t witness any of his weddings. To this, Bhagwan Krishna replies he would ensure that she would get such an opportunity in Kali Yuga. The temple was built about 300 years ago on the Perurubanda hillock on more than 50 acres of land is situated within 10 kilometers of Tirumala hills.

It is said that the temple was destroyed and plundered by Hyder Ali, the father of Tipu Sultan, of the Mysore Sultanate during his invasion of Chittoor district, as part of expansion of his kingdom. The Vakula maata murti was beheaded, and till date, it is in the same dire condition. No restoration work on the temple was undertaken whatsoever post-independence. 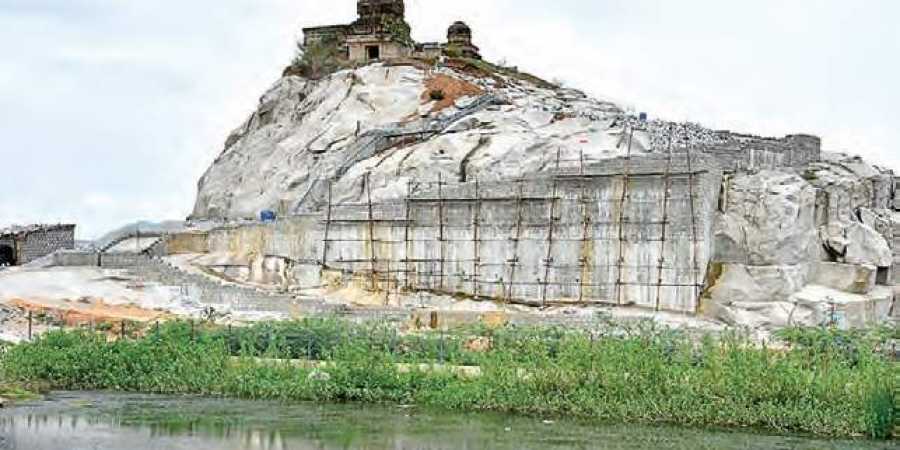 For several decades, quarrying at Peruru Banda, the hillock on which the temple is situated, which is spread over 1 km and made of quality granite, went unabated. These illegal miners are closely associated of politicians of the district. Illegal quarrying to acquire quality granite worth multiple crores for construction rapidly stripped away the hill from all sides. It appears that as much as 80% of the hill was flattened by the mining mafia using dynamite, thus destabilizing the hillock upon which the temple rests.

Archeologists expressed dismay and concern over the state of neglect and the detonation activity at such a precious centuries-old shrine, as it is possible that the temple may even collapse due to the weakening of the foundation. 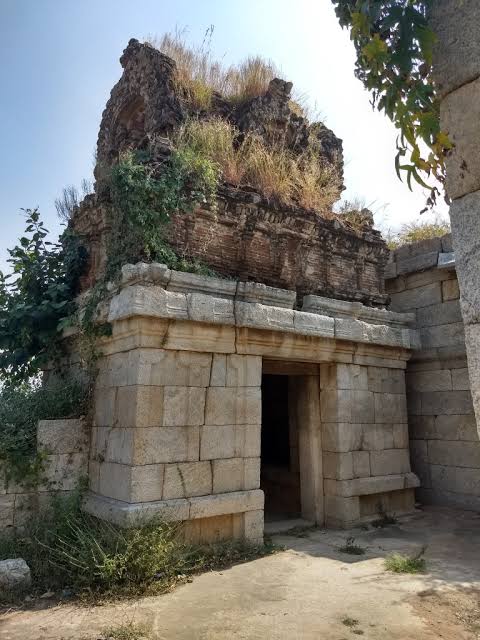 “No official is bothered to preserve this ancient heritage structure. We cannot allow the temple to fall in the hands of land sharks,” an archaeologist associated with TTD temple affairs said.

Today, the Vakula Devi temple near Tirupati comes under TTD administration but is in a state of abject neglect and disarray. The deity herself has never been repaired and re-established within the shrine. The hill has become an unsightly and misshapen mass of blasted rock.

After outcry from Hindu organizations, Hindu religious heads and political party leaders expressed anguish over the pathetic condition of the temple and called for a ban of illegal mining activity, the TTD took up restoration work of the Vakula maata Temple with an allocation of Rs. 2 crore including Rs. 15 lakh to be spent on fencing the premises on the hillock.. However, local mining companies approached the Courts and got a stay order in 2010 preventing TTD from taking up renovation of the Temple.

In 2012, High Court at Hyderabad vacated the stay and ordered the TTD to renovate and restore the temple to its former glory. TTD assured the Court it would comply with the order, but so far, no new work has been undertaken despite push from locals.

(This article was first published on the author’s blog on July 31, 2020 and is being reproduced with permission, after minor edits to conform to HinduPost style-guide)