The artist’s way: A path to self-awareness through inner joy 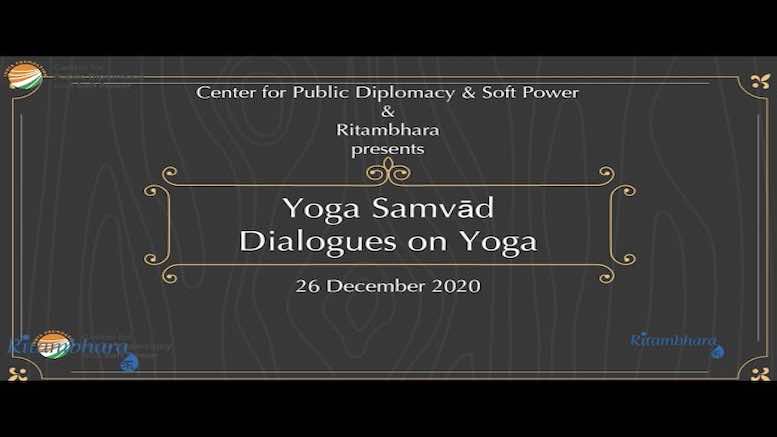 (In sound, through music/In the body, through dance/In words, through poetry/In space , through architecture/ In form, through sculpture/ In  thought, through mathematics/ The devotee touches the divine.)

From the tradition of the Vishwakarma

“There is vachika or literary beauty in that one line.The cause is Rama’s eye meeting the figure of Seetha’s. Rama’s reaction, his wonder at Seetha’s beauty is the next step. Seetha looking at Rama —avalum nokkinal  is the cause (vibhava) and several fleeting emotions come and go like fright, coyness and her embarrassment that causes her to blush. The anubhava  or effect on Rama is his intense embarrassment, however fleeting. (Vyabhichari bhava). All this properly performed (abhinaya) evokes shringara rasa,” explained the many-splendoured Dr. Padma Subramanyam,  well-known Bharatanatyam exponent, choreographer, musician and Indic scholar.

Dr.  Padma Subramanyam was in conversation with Sashikala Ananth, architect, Vastu expert and Co-founder, Ritambhara, (as part of the Yoga samvad series) on Yoga, Rasanubhava and Ramya.

In this context, the Sapta Swara framework developed by Raghu Anathanarayanan and  Sashikala Ananth explores the criticality of  bringing the traditions of vastu and yoga into a collaborative theme. Sapta Swara is a step by step personal alignment and evolution for individuals and groups. The  seven steps include: Maitri (friendship and trustworthiness) karma (action), dharma (stable ground on which action is anchored), janana (knowledge), Ramya (joyousness) , yoga (personal sadhana and attitude)  and abhyasa (personal practice).  These are critical steps to refine the body, mind and spirit, consciousness in our quest to become the best versions of ourselves,” explained Sashikala Ananth.

“In Indic aesthetics, Ramya has a specific location. It means inner delight. The ability of each of us to touch enormous levels of joyousness and wellness within ourselves when we are  adding to our actions in the world outside,” said Sashikala Ananth, while providing the context for the interactive session.

In the Mahabharata, there is an interesting dialogue between Maya, the sthapathi or architect of the asuras and Arjuna. The former tells Arjuna  that he can create this amazing space in Indraprastha, the built environment which will contain three critical aspects of vastu shastra: Bhogadyam (usefulness/utility), sukha darshanam (all-inclusive aesthetics) and  Ramyam  (it must not only be useful and beautiful, but also cause inner delight within us).

“Ramya is an important aspect in all artistic traditions (music, dance, shilpa shastra (sculpture)  and vastu shastra (the Bharatiya tradition of architecture).  It is the ability to offer something which is holistic, beautiful and which will cause  a deep inner delight or resonance that will impart a sense of  the eternal or timelessness,” said Sashikala Ananth.

Exploring the interconnections between Yoga and Rasa or aesthetic experience, Dr. Subramanyam remarked that Yoga symbolises the union of body and atma and  signifies a  multi-dimensional  engagement at various levels: physical, mental, emotional and spiritual.

“Yoga offers holistic framework of human life. It is an unobtrusive presence; ineffable; a web of life. Sri Krishna in the Samkhya yoga chapter in the Bhagavad Gita gives Arjuna  lessons in maintaining equilibrium, irrespective of the rise and fall of the graph of happiness and sorrow,” explained Dr. Subramanyam.

According to Dr. Subramanyam, Patanjali’s Yoga Sutras is embedded in Bharata Muni’s  Natya Shastra.  Bharata Muni calls his work Natya veda or Natya shastra. Veda implies jnana  or knowledge and shastra implies science. An amalgam of science and art; wisdom and knowledge, the Natya shastra is regarded as the fifth Veda as it incorporates the four Vedas.

“It represents the entire creation. It teaches duty for those who go against it; love for those eager for its fulfilment; chastises those ill-bred or unruly; promotes  self-restraint in those who are disciplined;  courage to cowards; energy to the heroic; and  jananam for the learned. It  offers a  holistic view of the mission and vision of natya. It is also yoga as it  trains the body and the mind and helps in emotional and spiritual growth,” explained Dr. Subramanyam.

Natya  explores the complex underpinnings of  the human mind under the  various bhavas or feelings. Bhava is so called because it  makes one feel: bhavayanti iti bhava. Bhava is analysed as vibhava (cause), anubhava (effect), vyabhichari bhava (fleeting emotions)  and sthayi bhava (dominant state of mind). Sthayi bhava refers to physiological effects of deep psychological affliction. These include sthamba (stupor), romancha (horripilation),  vaivarnya (change of colour  in the  face); kampana  trembling),  svarasadha or change in voice,  ashru or  tears  and pralaya or  fainting.

The Bahiranga yoga principles of yama (moral discipline); niyama (ethical conduct and observance of  certain vratas); asana or  postures  and pranayama (breath control) form the foundation for learning natya. Sadhana is very important for the practitioner.

In dance, postures are based both on kinetic and aesthetic principles. Arts such as dance, sculpture and painting  are based on filling up space based on symmetry and proportion.  Shilpa shastra uses the word mana or measure.  Tala (rhythm), mana (measure) and pramana (means of knowledge) are the terms used  by the sthapathis and chitrakaras (painters)  to show  space; the measurement . Tala is also  used in music, dance and sculpture. Interestingly, the  same term is used for measuring time and space. Tala in dance has two meanings.  For example,  the  space between the two legs  is calculated through tala.  Thus, tala combines timing and rhythm.

“Ganapathi sthapati, the legendary  temple and architect and builder in the vastu tradition   once remarked  that if an icon is made out of proportion, not based on tala, mana and pramana,   it would result in death, disease and conflicts in society.  Convulsions  is not dance! Good orderly direction, orderly expression and movement causes something positive in the spectator. Not surprisingly,  dance was once  part of temple worship.

“Dance packed layers of philosophical and religious meaning that  can be later recognised as ramya after sadhana,” explains Dr. Subramanyam.

In the Bharatiya art tradition, a great artist is one who can explore his/her inner experience or rasa deeply and express it in a way that evokes the same experience in the other. Sathvikam or resonant inner harmony is often perceived as the end point of an artistic journey.

Natya  (Dance) is  identical with yoga as it implies  rising above body consciousness.  In natya, the actor enacts the role of every kind of living and non-living being. Abhinaya or the art of communication can be epitomised as internalising something which is external. And externalising what was internalised. The actor turns into boy or girl, old or young, good or bad, living or non-living.

According to Bharata Muni, the character portrayed must enter the actor (Avi vesha).  However,  the actor cannot lose his consciousness to reality. When they change their attire and wipe their makeup, it’s a different reality. The art of acting is like the proverbial  drop of water on a lotus leaf. Hence Dr. Subramanyam explains that nothing is permanent.

“Natya is only seemingly real. The actor is in and out of the dramatis personae. Is this not yoga?  When one dances in  gay abandon, there is that indescribable contentment  caused by or causing ojas or inner vitality. This is the truth of Ananda tandava of Shiva who galvanises the macro as well as the microcosm – that is the human dancer. This dance gives rise to rasa, the aesthetic and spiritual joy  because of it being ramya—the inner delightful experience.  And the rasa—the delightful experience happens to the actor as well as the spectator. It is mutual; two way traffic. Satyam (Truth)  Shivam (Godliness)  Sundaram (Beauty).  Something which is beautiful, gives you that inner satisfaction,” said Dr. Padma Subramanyam, in an anthem to joyousness.