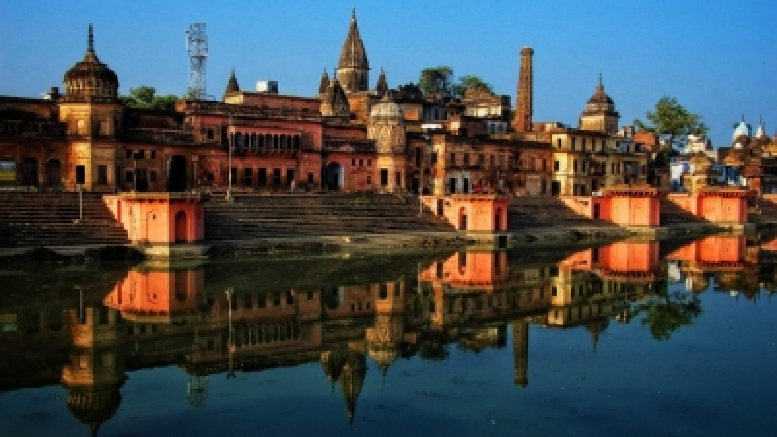 Ayodhya, one of the ancient cities of Bharat, is among the seven sacred Hindu cities — Mathura, Haridwar, Kashi, Kanchi, Ujjain and Dwarka.

Described in the Artha Veda as the City of God, Ayodhya has been compared to heaven in terms of its prosperity

Situated on the banks of Sarayu river, this city was founded by Vaivasvata Manu Maharaj, son of Vivasvan (Sun), according to Ramayana.

As per the history of Mathura, Vaivasvata Manu was born around 6673 BC. From Brahma’s son Marichi, Kashyap was born; from Kashyap, Vivasvan was born and Vivasvaan’s son was Vaivasvata Manu.

Later in this clan, Bhagwan Shri Ram was born. Ayodhya was ruled by the people of this dynasty till the Mahabharata period. According to mythology, when Manu asked Brahma to build a city for himself, he took him to Vishnu.

Vishnu told him that Saketdham is a suitable place. Vishnu sent Shilpi Vishwakarma along with Brahma and Manu to settle this city.

Apart from this, Maharshi Vasishtha was also sent with him to find a suitable place for his Rama incarnation. It is believed that the land of Leela was selected by Vashistha on the banks of river Saryu, where Vishwakarma built the city.

After Bhagwan Ram, Lava settled Shravasti and its independent mention is found for the next 800 years. It is said that Kush, the son of Bhagwan Ram, got the capital Ayodhya rebuilt. After this, its existence continued for the next 44 generations of Suryavansh.

Ayodhya was ruined after the war of Mahabharata, but even during that period, the existence of Ram Janmabhoomi was safe, which continued till about 14th century.

After several periods of Brihadratha, this city remained under the rulers of Gupta and Kannauj along with the Mauryas of Magadha.

Later, when the kingdom of the Shakas was established in Jaunpur, Ayodhya came under the rule of Sharqis, especially in 1440 AD during the reign of Shak ruler Mahmud Shah.

In 1526 AD, Babur established the Mughal state and his commander invaded here in 1528 and built a mosque, which was demolished in 1992 during the Ram Janmabhoomi movement due to the temple-mosque dispute.