Temples are not a place for virtue signaling 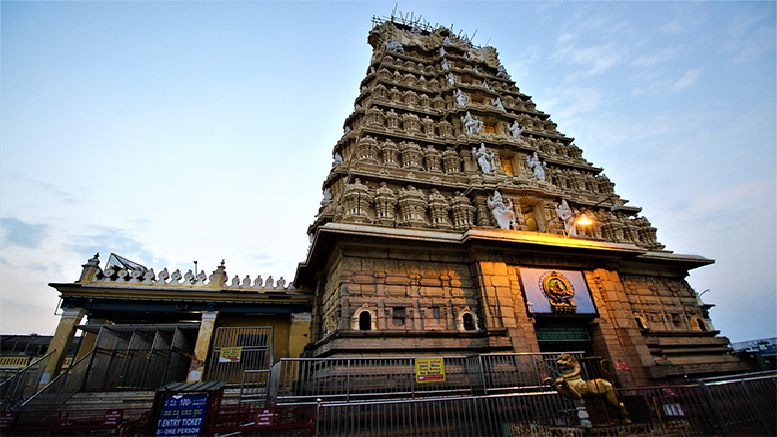 I am afraid this is a misinterpretation of Panchayatana Puja on the lines of ‘intra-pagan multi-culturalism’. The Temple is not a place for virtue-signaling.

This vision is also born out of a misunderstanding of Panchayatana Puja. The author should read more of the concerned Agamas. The Panchayatana worship incorporates the major Hindu sects which are already prevalent and all of which are relevant to the devotees of the region.

With no Native Americans in Bharat, it would be utterly meaningless to build temples to their gods here. The temple is not a museum where you display similar items along with what is found locally.

A temple is just our way of accessing the gods. The gods are not invented there. It is a place where humans can access them. And they can’t be accessed anywhere, anytime. There is a whole charya (lifestyle) dedicated to it.

This charya is not just confined to the archaka involved. A temple becomes a house of god only when the creators, the archakas and the devotees all maintain a charya, which is conducive to that particular form of that particular god who presides in the garbha-griha.

Only when all of these things are followed does a temple become a house of god. Only then does the Shakti descends from above and the vigraha comes alive as the devata! The psyche of the god has to resonate with the psyche of the devotees that visit.

With deities and gods that don’t belong to this psyche, this won’t happen. It will truly be a museum then with vigrahas not alive and just murtis without any prana in them.

The reason this is not applicable on Hindu temples is because they are all built by the Hindus, for the Hindus, from the Hindu community. The land might not be Bharatvarsha but the community that resonates with the gods is very vibrantly there.

So a correct thing to do is to create Museums of Paganism and Polytheism all over Bharat showcasing the grand diversity and richness of pagan, polytheistic traditions all over the world. Please do not involve temples in the process.

Temples are not just buildings. They are living beings. One dharana of the temple imagines the entire kshetram as a purusha. Approached wrongly it can harm more than it can benefit. So caution is advised.