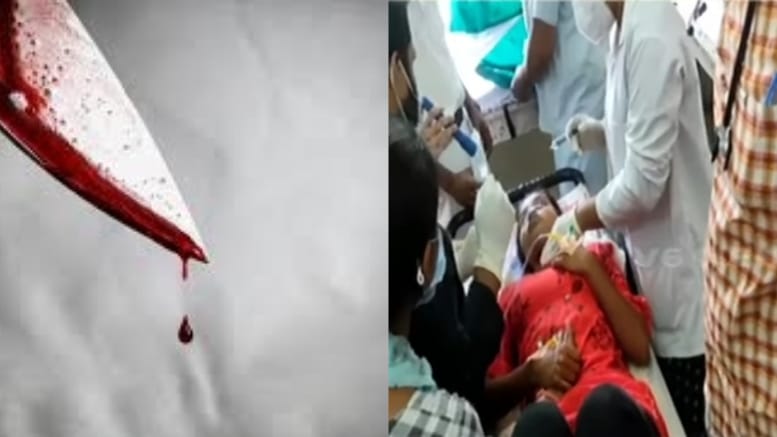 In a similar style to how Prachi Rana was murdered, a Muslim man slit the throat of a Hindu girl in Telangana after she spurned his advances. The man attacked her in her rented room early in the morning and fled the spot.

On April 22, a man named Azhar slit the throat of Anusha, a 23 year old girl, in Hanamkonda, Hyderabad. The man was angered by the rejection of his love proposal. He entered her rented room and started an argument with her about it. Later he slit her throat with a sharp object and fled the spot.

Neighbors who heard the screams of the victim rushed her to the hospital. She is said to have sustained a deep cut but is in a stable condition for now. The girl got acquainted with the man 2 years ago but severed the relationship after a year as she didn’t like his ways.

She was being pestered by Azhar for the past few months and he nursed a grudge against her after she spurned his advances. The Hindu reported that the girl is an MCA student and recently joined an institute to pursue a career in the Software industry after refusing to accept Azhar’s proposal.

An enraged Azhar came to Hyderabad and wanted to meet her outside. When she refused to meet him he is said to have gone to her rented room. During the police inquiry, the victim allegedly hesitated to give details about his identity, but police identified him as Azhar.

Telangana Governor Tamilisai Soundarrajan condemned the attack and expressed her anguish about the incident. It is reported that spoke to the superintendent of MGM government hospital where she is undergoing treatment and asked him to provide the best possible medical care to the victim.

Seeking stringent punishment against such crimes‌, she observed that society must take note of the increasing crimes against women and girls. A 15 year old Hindu girl Prachi Rana had her throat slit by a Muslim man Asif Mohammed, for rejecting his love proposal and resisting his advances.