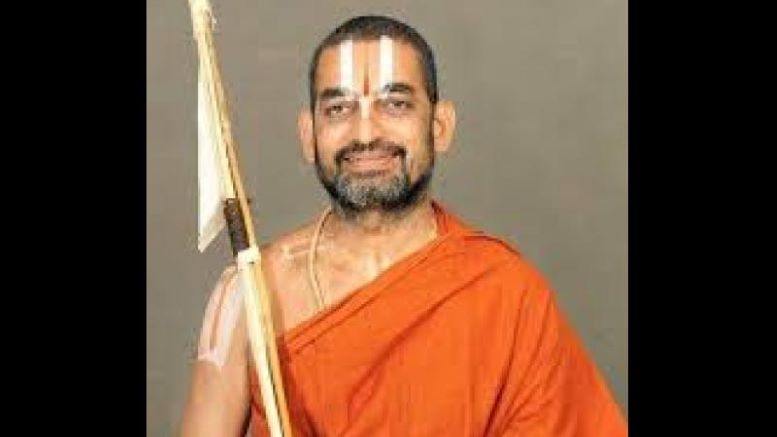 Saddened by the frequent attacks on Hindu temples in Andhra Pradesh, HH Sri Tridandi Chinna Jeeyar Swamyji will undertake a yatra from January 17 asking for the protection of Hindu temples. Swamyji is set to visit those temples which were vandalized in recent times. He has also called for a transparent probe into the incidents by a committee comprising of intelligence department officials and sought severe punishments for the culprits.

He addressed the media on Tuesday to make the announcement. He said that more than 50 temples have been vandalized recently and he is pained that temples continue to be attacked. He recollected the Singarayakonda Sri Lakshmi Narasimha Swamy Temple incident while requesting authorities to ensure that temples are safeguarded henceforth.

During the tour, Swamyji is set to meet local leaders, village elders, Hindu religious leaders, and temple authorities to finalize a plan of action for the future so that such incidents do not recur. In his press meet, Swamyji also pointed out that not all temples have set up CCTVs despite orders to do so. Demanding enhanced security at temples since recent attacks at temples have exposed the security lapses.

Swamyji also stated that he cannot remain a mute spectator while temples are being destroyed. He also compared the lukewarm response to attacks on temples with that of mosques and churches while adding that the attack on the latter would have elicited worldwide retaliation.

While he wanted political parties to stay away from religious matters, he said that society must respond and demand responsibility from the elected government.