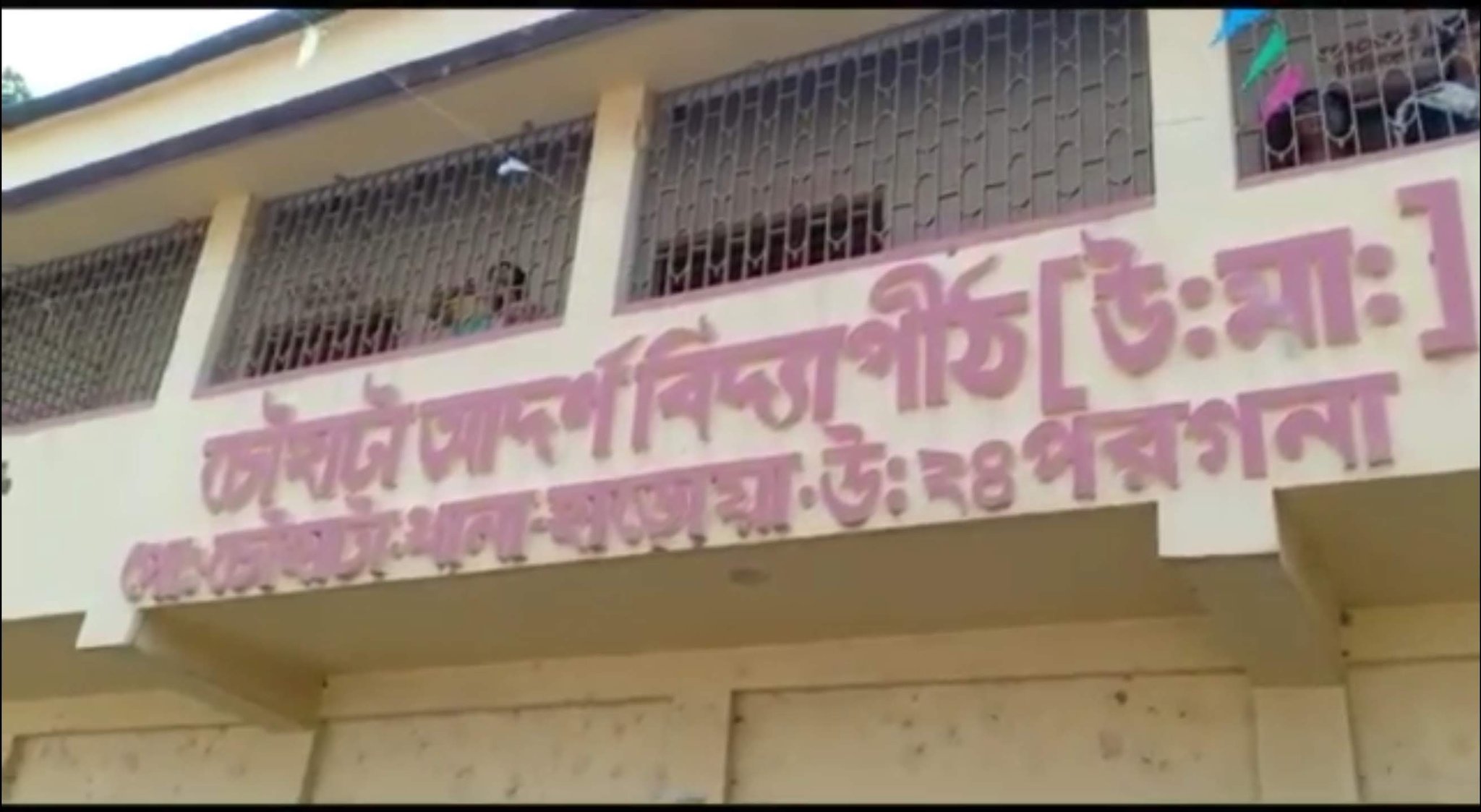 At least five students and a teacher in a government-aided school in West Bengal’s North 24-Parganas district were beaten up by a mob on Friday when they staged a roadblock demanding that prayers should be offered to Hindu goddess of learning Maa Saraswati on the festival of Basant Panchami, reports Hindustan Times.

The protesting students included both girls and boys from the junior section of the co-educational Chauhata Adarsha Vidyapith under the Haroa police station area in Basirhat. Two students were left bleeding and no police complaint was recorded till Sunday afternoon, the report adds.

Saraswati puja was stopped in the school in 2009, the year Chauhata Adarsha Vidyapith turned 50, due to pressure from local Islamists. About 75% of the 1700-odd students of the school are Muslims while most of the teachers are Hindus.

“The puja was stopped in 2009 under disturbing circumstances when local people and students objected to holding Nabi Diwas in the school. To ensure peace, some residents of this area and the school authorities decided not to hold either inside the premises,” Himangshu Sekhar Mondal, who joined the school as the headmaster in July 2019, said.

Mondal said students had approached him a few days ago for restoring the puja, and anticipating security issues he referred the matter to the school’s managing committee. No decision has been made by the committee.

Today, students of Chauhata Adarsha Vidyapith in Shalipur Gram Panchayat under Haroa PS in the district of North 24 Parganas blocked road demanding continuation of traditional Saraswati Puja in school stopped 10 years ago as managing committe refused to give them permission. 1/2 pic.twitter.com/iCFeB6jNIL

An English language teacher, Ganesh Sardar, who is also the district general secretary of a teachers’ body affiliated to RSS, said that the mob entered the school to target him.

“Some teachers hid me inside a ladies toilet to save me. Had the district administration not acted on time, the situation could have gone worse. The officer-in-charge of Haroa police station saved me,” said Sardar.

“I insisted that let both Nabi Diwas (Islamic Prophet’s day) and Saraswati Puja be held again,” he said.

Ruling TMC ministers have feigned ignorance of the attack. Police refused to give details of the incident and only said that tensions ran high in the area but the situation was ‘under control’.

BJP’s state unit general secretary Sayantan Basu criticised the attack and said, “This is most unfortunate. I have repeatedly said that this part of the North 24-Parganas is infested with illegal migrants from Bangladesh. Friday’s incident is a proof.”

Basirhat and Baduria witnessed communal riots in July 2017 over a Facebook photo posted from a minor boy’s account which was deemed blasphemous to Islam. Numerous houses, shops and temples were torched.

Radical Islamists have forced schools to stop Saraswati Puja elsewhere in Bengal too. Such arm-twisting has been reported from schools in Rajarhat (10 km from Kolkata), Tehatta in Nadia district (where a school was forced to shut down for 26 days after it refused to bow to Islamist diktats and students were assaulted when they marched with a Saraswati murti), Jangipara area of Hooghly district.