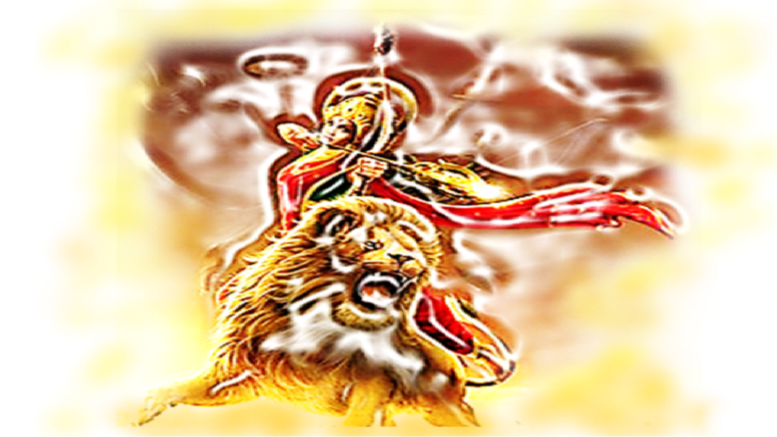 Stree Shakti in different forms, when illumines, the world mesmerizes in divine contemplation of creation, equanimity, and manifestation of all life forms. Stree Shakti is not just merely a feminine representation of divinity, but the universal spiritual force itself. It is the incomparable and undescribed form of the absolute.

This divine power is like the eternal mother from whose womb emanates the immortal succession of the three mighty magnificence, The Tridevas.

This beautifully depicts how the sacred and super-conscious power from the timelessness enters in relationship with time, i.e. kaala. In the timeless sphere, she resides in absolute silence, beauty, and serenity. It remains unbounded without any edge or end of its cosmic existence. As opposed to this is the materialistic world that exists within the domain of time.

Everything that exists within the domain has a beginning and an end. The time gives birth to space and sound, which causes movement, vibrations, harmony and symphony, thereby adding vibrancy to life.

This effervescence, however, has gotten debilitated owing to increasing vile and demonic intentions towards womanhood in the present-day world. The feminine strength in women gradually started to diminish over the ages owing to everyday battle against evil to save grace and decency.

Moreover, the sudden surge in crimes and cruelty against women has not only slaughtered the dignity of the feminine strength, but our entire cultural ecosystem has descended into savagery. The plight of present-day women is deploring with demons everywhere, in office, college, school worksite, on-road, and home.

There is a famous quotation in our scriptures that reveals the highly reverenced and exalted status of women in ancient Bharat.

It means divinity prospers only in those places where the women are honored. If disgrace is caused to women, society fails to sustain as none of its actions could bear any fruit. 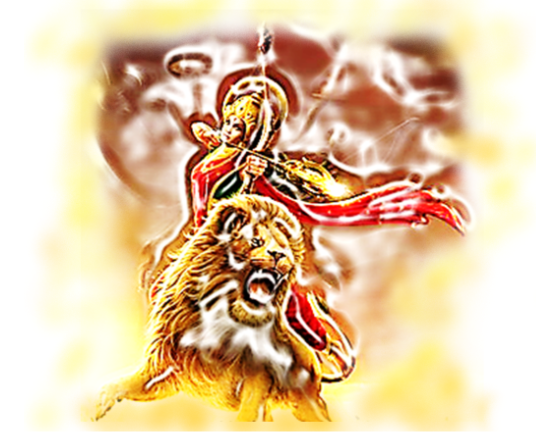 This Navaratri lets immerse in the devotion of Devi Durga and take pledge to awaken the blaze of Shakti which lies dormant within each of us. We pledge to embody the supreme power and realize its nine divine forms, Nava Durga – Shailaputri, Bhramachaarini, Chandraghanṭaa, Kushmaandaa, Skandamaataa, Kaatyaayani, Kaalraatri, Mahaagauri, and Siddhidaatri.

Let the holy mantras reverberate in our blood and veins, creating an urge to delve into consciousness so that our soul transits and transforms towards the unbounded and unbonded.