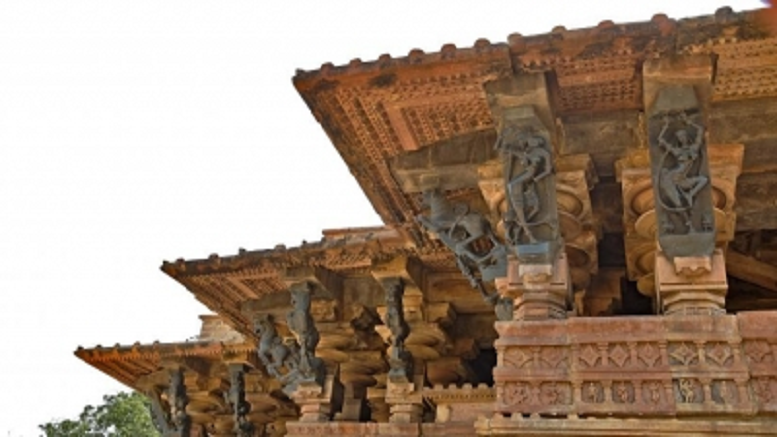 The UNESCO World Heritage site status to Ramappa temple has come as the first global recognition of the rich spiritual and cultural heritage of Telangana, Bharat’s youngest state.

Also known as Rudreswara temple, this Kakatiyan architectural marvel is located at Palampet in Mulugu district near Warangal, about 200 km from Hyderabad. Seventeen countries including Russia, Oman, Brazil, Saudi, Egypt, Spain, Thailand, Hungary, Ethiopia and China described Ramappa as an outstanding heritage site and a manifestation of the master of human geniuses at the session.

Ramappa temple is the 39th site in Bharat and the first in Telangana to get the coveted tag. This comes as the first major success of Telangana to get global recognition for its cultural heritage after attaining statehood seven years ago.

It was in 2014 that Ramappa temple was nominated for the inscription. A team of UNESCO officials had inspected the temple in 2019.

Last year, it was one of the global sites nominated for the coveted tag but the WHC meeting could not take place due to Covid-19 pandemic.

Ramappa Temple emple was constructed in 1213 AD during the reign of the Kakatiya Empire by Recharla Rudra, a general of Kakatiya king Ganapati Deva. The presiding deity here is Ramalingeswara Swamy. The temple became famous with the name sculptor Ramappa who executed the work for 40 years.

The temple complexes of Kakatiyas have a distinct style, technology and decoration exhibiting the influence of the Kakatiyan sculptor. The Ramappa temple is a manifestation of this and often stands as a testimonial to the Kakatiyan creative genius.

The temple stands on a 6 feet high star-shaped platform with walls, pillars and ceilings adorned with intricate carvings that attest to the unique skill of the Kakatiyan sculptors.

The sculptural art and decoration specific to the time and Kakatiyan Empire have an outstanding universal value. The distinct style of Kakatiyas for the gateways to temple complexes, unique only to this region confirm the highly evolved proportions of aesthetics in temple and town gateways in South Bharat.

European merchants and travelers were mesmerized by the beauty of the temple and one such traveler had remarked that the temple was the “brightest star in the galaxy of medieval temples of the Deccan”.

According to B.V. Papa Rao of Kakatiya Heritage Trust, which led the effort to get UNESCO tag, Bharat had reached to 24 countries to inscribe Ramappa temple as World Heritage site. The countries were presented documents to show the importance of the site.

The Telangana government had also taken steps to conform to the demands made by the WHC in their agenda papers.

Two days ago, the state government announced that it is initiating formation of a management committee at the state level and Palampet Special Development Authority at the local level for adequate legal protection to the temple and to ensure regulated development by appropriately zoning areas near the temple.

Minister for tourism and culture V. Srinivas Goud stated that these steps will ensure that serenity and natural beauty of the surroundings of the temple are maintained. He announced that two temples near Ramappa will also be brought under the jurisdiction of Ramappa temple property as recommended by the International Council on Monuments and Sites.