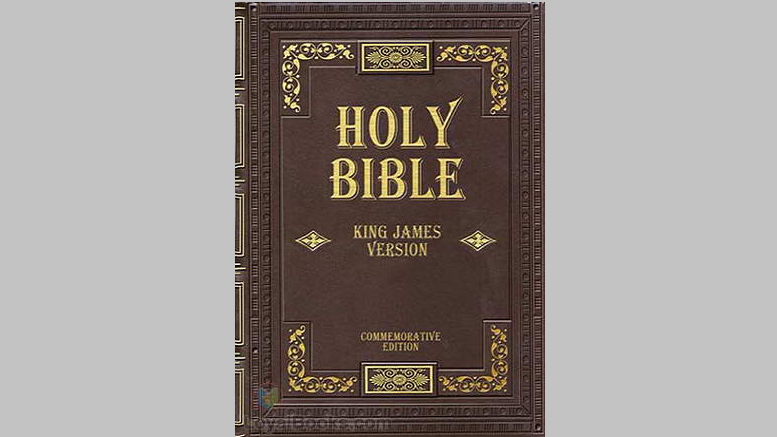 Have you heard of King James version of the Bible? Know of its origins in this article.

In 382 CE, Jerome was commissioned to translate the old and archaic Latin versions of the bibles into everyday Latin. This was the Vulgate. Even then only the educated elite and priests could read it. They acted like mediators between believers and the Christian god, reading and interpreting it for the common people.

Now we know how and why so many interpretations arose out of each verse. This gave them scope to corruption within the church. This went on till the 1500s. By the time King James came to the throne of England, 1603, the religious scene in England was volatile. Protestantism had been invented by this time.

50 yrs before that, Elizabeth I’s half-sister, Mary I, a treacherous Catholic, executed 250 Protestants during her short rule. As the queen of England Elizabeth I, recognized only the Anglican Church of her father Henry VIII, as the only legitimate brand of Christianity.

Looking for Jesus and his wonder working power to intervene? Don’t! He is busy sitting at the right side of himself in heaven. The reigning ruler appointed the archbishop of his choice. He was more like an employer of the state. The ruler and the archbishop together dictated every church in the kingdom. People had no freedom to choose their beliefs or their worship method.

And they teach us democracy! Isn’t it funny that some of our very own Christian brothers and sisters argue that it was because of British colonization that we learnt human rights, women rights, freedom of speech. And the biggest joke is when Christianity claims that it stands for tribal rights. Hypocrisy, thy name is Christianity.

Many were hanged and quartered, some were burned at the stake, while others were crushed to death under heavy weights or given slow death by roasting or by hanging heavy weights to their genitals. So much torture just to convince them of a supposedly living god!

You die if you don’t believe my God lives!

The living God rejoiced in death of his refuters!

By late 16th century a group of members rose to believe the Church of England was corrupt. They were called Puritans. They wanted to reform the church. They believed they had a direct covenant with God to enact these reforms.

The Puritans attacked the Anglican church. They demanded the doing away of the bishops and their hierarchy. These disputes are what led to the English Civil War. By the time of James’ ascension, the Puritans began expressing their resentment of the Church of England by translating ancient texts into other languages to expose common people to the corrupted interpretations of the religious texts by the Anglicans. To accomplish the translations, more and more students in Italy, Holland and other parts of Europe delved into perfecting ancient languages like Latin, Greek and Hebrew.

The printing press was invented at this time, enabling access to knowledge of both secular and religious texts. Demand for individuals capable of reading ancient languages, arose. This was fulfilled thru the founding of the Oxford Univ by one of Henry VIII’s personal advisors. Protestant scholars who perfected Latin, Greek and Hebrew started translating the Bible into common languages. The result: publication of several diff translations. The Puritans came up with the Geneva bible and the Church of England came up with the Bishop’s bible.

As the English translations began to be widely circulated, people were able to read the Bible for themselves for the first time. Controversies arose over the interpretation of biblical passages. The Geneva bible threatened the bishops of the Church of England. It began replacing and repealing the Bishop’s version. It challenged the dominance of secular rulers and the authority of the bishops over religion. It was a war between the Geneva version of Puritan Protestants and Bishops version of Anglicans.

James sought to unite the disputing factions through one universally accepted text (1604). The idea was proposed at a conference of scholars at Hampton Court by a Puritan, John Rainolds. Rainolds hoped that James would vote against the Bishops bible, and uphold the Geneva bible. But his plan backfired when James did just the opposite. He made the Bishops bible the base of the new translation and condemned the “partial, untrue, seditious” Geneva translation. This new translation became the King James Version.

Later, the Puritans took their Geneva version and went to colonize America.

The version that the Protestants called corrupted became the basis for the all the modern version of the bible starting with the King James version. And the version that was called partial, untrue and seditious became the manual to colonize the Native American race and enslave the black race.

Interestingly, through all of the chaos, corruption, divisions, the living, loving god kept acting dumb and deaf.

Read it as: And the version that was called partial, untrue and seditious became the manual to annihilate the Native Americans!