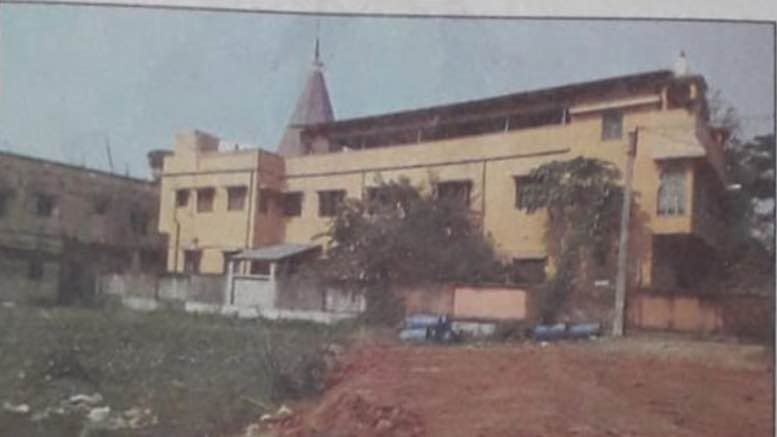 The premises of Omkarnath Matha at Tarakeshwar, West Bengal have been encroached and the head of the maṭha threatened, reports Bengali newspaper Bartaman.

The main bone of contention is the land adjacent to the maṭha premises. The land has been purchased by a local promoter but it does not have any road . For a few days, the road on the maṭha land was being used to fill the marshy land with a JCB. Maharaj Ji protested against this and as a result he was threatened and abused.

In 2017, the boundary wall of the maṭha had been demolished during the construction of a multi-storied building. A court case is already on pertaining to this demolition. The head of the maṭha was being mentally harassed by local goons. They have threatened him with dire consequences. He was compelled to lodge a complaint at the local police station as he had no other option.

To solve this contentious situation, Vishwa Hindu Parishad along with other Hindu organisations are trying to contact the maṭha authority.

(Translated from Bengali by Rinku M)