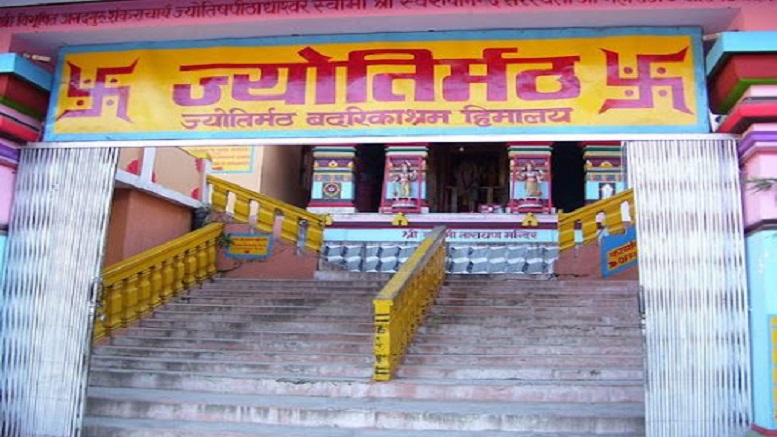 From ancient times, Hindus have created religious bodies to effectively practise the tenets of Dharma. These include mathas (monasteries) and akhadas. The major mathas include Govardhan Matha in Puri, Odisha; the Sringeri Sharada Peetham in Chikamagalur, Karnataka; The Dwaraka Peeth in Dwarka, Gujarat; and the Jyotir Peeth in Chamoli, Uttarakhand.

There are many other mathas like the Udupi Shrikrishna Matha, Karanataka, surrounded by eight other mathas, all of which propagate the Dvaita philosophy. The eight mathas are located around Udupi in the villages of Palimaru, Adumaru, Krishnapura, Puttige, Shiroor, Sode, Kaniyooru and Pejavara.

Just like mathas, there are other non-political Hindu religious bodies such as the akhadas that can be categorized into three types: Nirvani Ani Akhada, Digambar Ani Akhada, and Nirmal Ani Akhada. There are said to be at least 13 major such akhadas that belong to one of these three categories.

Many other non-political Hindu organizations have also come up which include Bharat Sevashram Sangha, Gayatri Pariwar,  ISCKON, BAPS Swaminarayan, Chinmaya Mission, Art of Living, and Isha Foundation among others. Then there are Dharmic organisations dedicated to specific communities like Veerashaiva Mahasabha for Lingayats, Warkari sampradaya etc.

On one hand, Hindus already have such organizations in place. On the other side, there are ongoing discussions on the need to create a Hindu ecosystem. One function of such an ecosystem would be to tackle the global and ‘in-house’ anti-Hindu fake narrative industry. Break-India forces have managed to take control of all narrative systems starting from the history that Bharatiya children are taught in schools to how mainstream media (MSM) reports events.  MSM’s selective coverage of events, spin, and even fake news are well known.

Apart from tackling propaganda, such an ecosystem would also need to be a support structure for Hindus who are overall facing an existential crisis within our own land.

Most of these Dharmic entities date back to antiquity and share the quality of being civilizationally rooted. This advantage can be effectively put to use if these organizations become active in creating and becoming part of the Dharmic ecosystem that both highlights the atrocities Hindus face, irrespective of politics, and provides vulnerable Hindus with the necessary support as needed. If these organizations take a stand, it will also help to correct the distorted narratives and highlight the true plight of Hindus within our land.

Local community organizations have often stepped in to rescue Hindus in distress but more established Dharmic institutions entering the picture would provide greater credibility and strength to the narrative and interventions.

The countless instances when the leaders of the various mathas, akhadas, and other Hindu religious bodies could have spoken up, but stayed silent include:

Contrast the apathy and passivity of Hindu religious organizations with those of extra-Constitutional minority bodies like AIMPLB, Jamaat-E-Islami, Jamiat Ulema-E-Hind, Catholic Church, CSI (Church of South India) and CNI (Church of North India), and others which spring into action when cases like the Akhlaq killing, or death of Junaid after a fight over a railway berth, or stray incidents in few Delhi Churches take place.

The strident manner in which they enter the picture creates enough noise to influence perceptions and responses. For example, Akhlaq’s family is said to have been given huge sums as compensation along with multiple flats from government funding. Their response to the Kathua episode and the hue and cry raised by the global anti-Hindu ecosystem is likely to have impacted response of the government and currently the SIT in question faces allegations of torturing witnesses to give false testimony.

Since Hindu Dharma is inclusive and pluralistic, and being a Hindu means following Dharma or righteousness, ancient and modern Hindu religious bodies have never engaged in attempts to proselytize or convert and have never existed as being against any other entity or belief system.  This may be one reason why they have not followed the practise of speaking up when Hindus are under attack.

While this worked for Dharma when there were no supremacist evangelical faiths in the picture, these organizations should have evolved and adapted to the changing landscape after Mughal invaders and European colonizers entered the scene. The religious bodies should have at least evolved and taken up a broader role in the post-partition scenario when Bharat became a ‘secular’ state.

But Bharat becoming a ‘secular’ state may in fact be one of the reasons for their silence since they exist in perpetual fear of the state taking over control. The ‘secular’ state has taken away their right to run their own temples and other religious institutions. An example is the recent threat of takeover of the Isha Foundation by DMK functionaries.

But unless Hindus create an effective ecosystem for themselves, the existential crisis will only deepen. Due to being a ‘secular’ state, we have a system where most institutions are rigged in favour of minorities.

The various sampradayas need to come together on a common platform and create a common minimum program that works to advocate for ending discrimination against Hindus. This would entail actively trying to get politicians and other decision makers on board. The akhadas and other religious bodies must snap out of their apathy and comfort zones and get over their petty internal squabbles to address the major issues and look at the bigger picture about the existential threat to Hindu Dharm and Hindus.

The only country that can become a Rashtra for Hindus is Bharat, and 1 billion+ Dharmics deserve nothing less than what UK, Spain, Israel, Malaysia, and many Christian and Islamic countries have given to their own majority populations in the form of special protection and recognition.