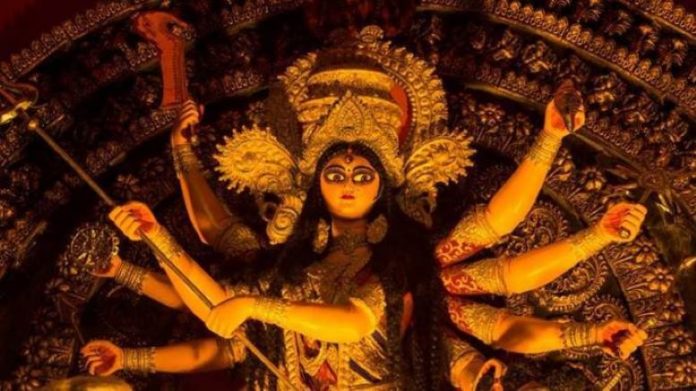 The people in Jammu and the town of Katra at the foothills of Mata Vaishno Devi Cave shrine celebrated Navratri with great fervour and both places presented an extraordinary atmosphere during the days.

The devotees continued to throng the temples throughout the days. In Jammu, Raghunath Temple, Rambeshwar Temple and Bagh Bahu Temple witnessed a huge rush of pilgrims. From September 26 to October 4, the Navratri festival was also going on under which many programmes were organised. Local and foreign singers, and actors from Jammu and Kashmir also participated and performed during these events.

The district administration with the cooperation of Jammu Municipal Corporation and other departments had made special arrangements for the successful organisation of the festival. During this time, special care was taken to clean the premises of the temples while reasonable security arrangements were also made so that the devotees do not face any kind of difficulty.

The biggest celebration of Navratri festival was seen in Katra where colourful cultural programmes were also presented. An excellent rendition of ‘Mata Ki Kahani’ by Nettering Thid Jammu was the center of attention, with a huge crowd coming to watch. This drama was presented under the supervision of Nettering director Balwant Thakur.