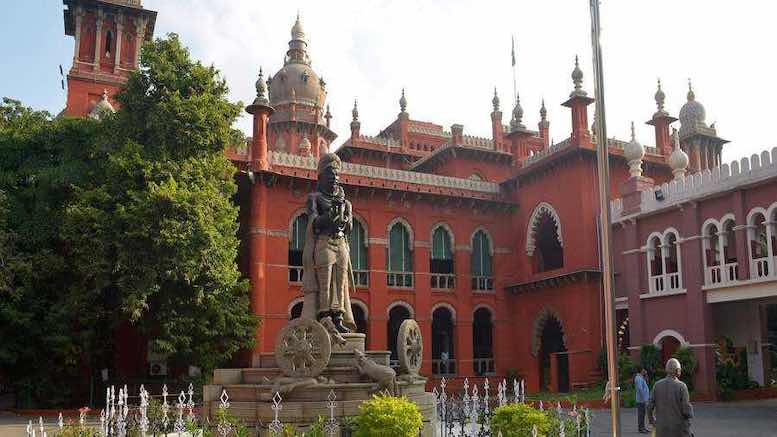 The Madras High Court has given go-ahead to the Tamil Nadu Government to acquire 35 acres of Temple Land for construction of a collectorate and other government buildings in the newly created Kallakurichi district.

If this is allowed, then any land can be taken by the government for whatever they want. #FreeHinduTemples pic.twitter.com/aaMY24KObY

According to a TOI report, the First Bench of Chief Justice Sanjib Banerjee and Justice Senthilkumar Ramamoorthy however, refused to vacate an interim stay passed against the state restraining it from altering the physical features of the land till the proposal is finalized.

A Public Interest Writ Petition had been filed by activist Rangarajan Narasinhan. He opposed a Government order dated 19 September 2020, paving the way for alienation of land owned by the Arthananeeshwarar temple in Kallakurichi to the State Government for the Collectorate Complex.

The petitioner stated during his submission, that more than a thousand-year-old Temple could collapse at any given moment due to lack of preservation. He further stated, the Temple land was the only source of revenue and the same can be alienated only for the benefit of the temple and not for any other purpose.

Considering that the Lands are proposed to be used only for a Public Purpose which is in the larger good of the society, the bench instructed the state to constitute a two-member committee comprising Kallakurichi District Collector and District Judge to ascertain the value of the land to be alienated.

The bench then adjourned the plea by three weeks for the Committee to complete the exercise and report.