The Central Working President of Vishva Hindu Parishad (VHP), Advocate Shri Alok Kumar today said that ‘Love Jihad’ is a calculated agenda of invasion on the demographics. The three – the police, government and society – will have to remain on the guard and come together for timely action to deactivate and neutralise it.

Releasing the ‘Love Jihad’ special issue of the national re-awakening fortnightly magazine ‘Hindu Vishwa’, he said that  Love Jihad is a conspiracy that is by design being run by some people through money power, wherewithal/ resources and religious superstitions. It is absolutely necessary to stop it.

The list of 147 Love Jihad case studies with facts and figures given in the magazine will open the eyes of the society. 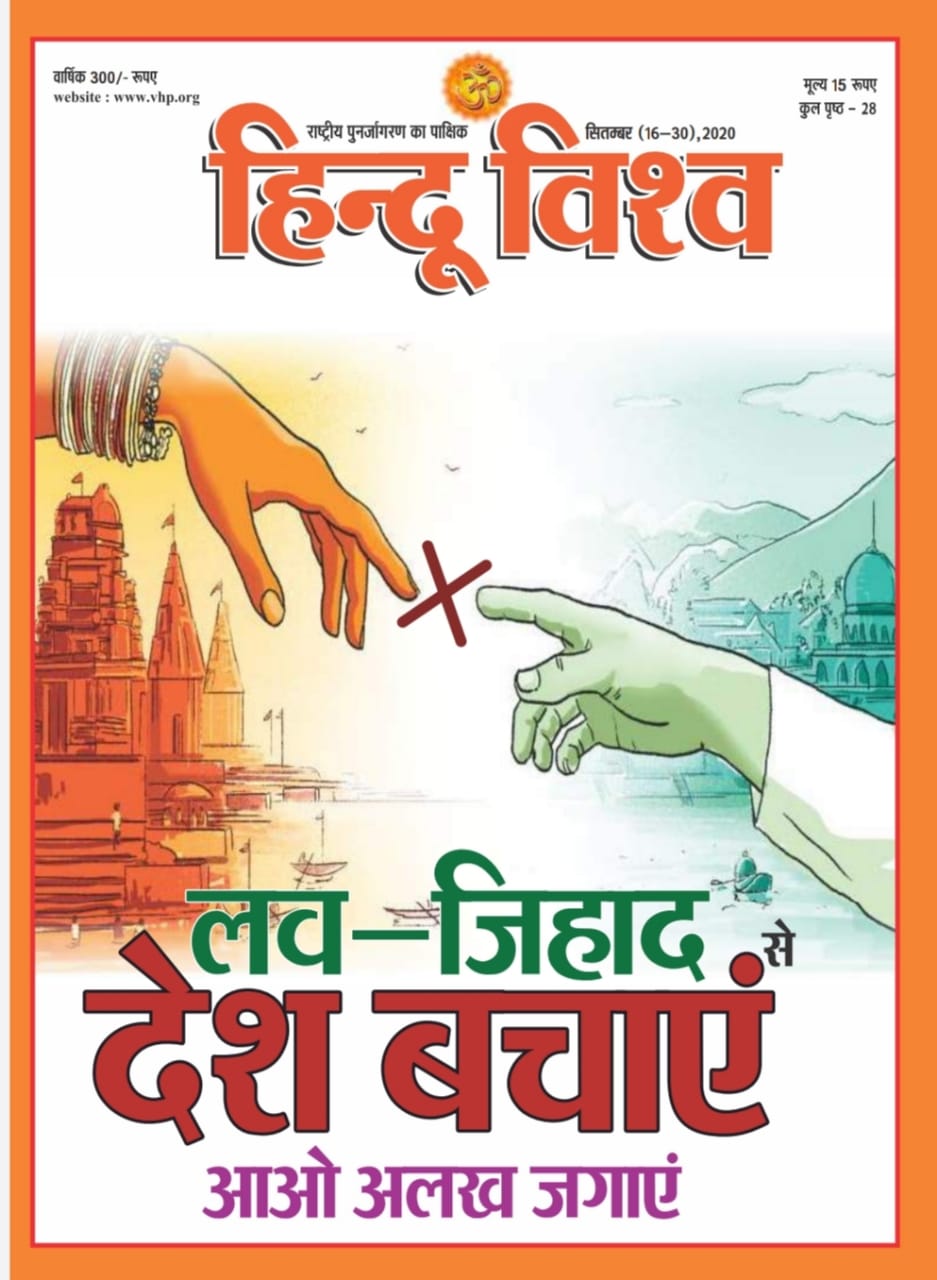 The VHP Working President reminded that the Chief Minister of Kerala had said in 2012 that 2667 Hindu girls had converted to Islam in the previous 3 years and during that period, 79 girls had returned to their Hindu fold and 2 to Christian fold. This imbalance is disturbing.

A Love Jihadist is confident that whatever he is doing to deceive the unsuspecting Hindu girls (especially those from the lower/ middle income groups) by playing a Hindu boy by wearing Tilak spot on forehead, Kalava thread on right hand, and trap them into marriage and convert to Islam, and hang out with them, has the full support of his community!

When the girl learns that the boy to whom she married is a Vidharmi hailing from a desert religion, having their habits of food and drink, costumes, mores, manners, morals, ethics and behaviour contrarious and opposite, then what is her condition and situation is clear from many examples.

While releasing the magazine from his office, with the editor of the magazine Sri Vijay Shankar Tiwari and VHP national spokesperson Sri Vinod Bansal, the VHP Working President in a video message said that ‘Hindu Vishwa’ has exposed the pan-Bharat Love Jihad conspiracy through its researched data of 147 case studies.

These facts and figures will make the people exercised to help the authorities take on the problem and the lone wolves head on and this eye-opening publication will prove to be a collectable and preservable one for all those committed and/ or dedicated to the cause of Bharat Mata Ki Jai.