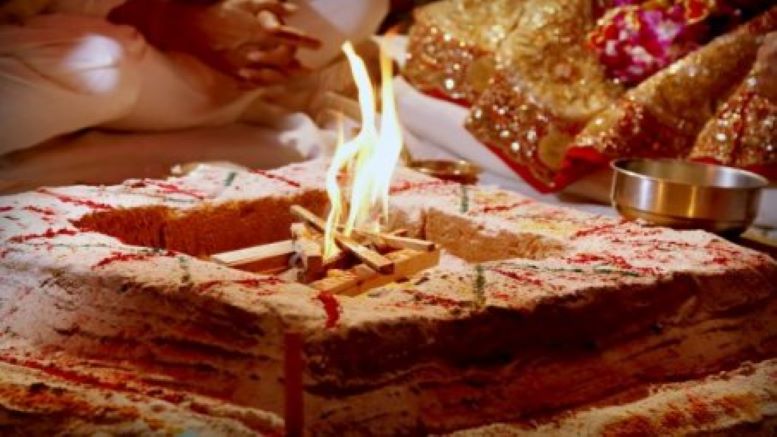 Ponnampet Kodava Samaj in Karnataka’s Kodagu district has banned the practice of cake cutting and champagne sharing by newly-wed couples stating that it isn’t a part of Kodava culture.

Chotakmada Rajiv Bopaiah, the President of Ponnampet Kodava Samaj, told IANS that the ban on champagne sharing and cake cutting during marriages has been imposed to protect the Kodava culture, which is at stake.

“Kodavas have their own distinct culture. We can survive only if our culture survives. Cutting cakes and sharing champagne by newly-wed couples during marriage ceremonies is not our culture. The decision has been taken in this regard in our annual meeting,” he said.

“Ever since the decision was taken, I am flooded with congratulatory phone calls and messages. We have to pass on our culture to the next generation. Champaign celebration won’t serve the purpose, rather it will misguide the younger generations,” he said.

The meeting also took the decision not to allow bridegrooms to attend marriages sporting a beard. “Sporting beard is against the tradition of Kodavas. There is a ritual in which the beard will be taken off. Likewise, the women can’t come on stage with their hair let loose, which is against our tradition. The meeting has discussed the issue and we are planning to implement it in the coming days,” he revealed.

When asked how did the younger generations of the Kodava community react to the ban, Rajiv said they are supporting the move and many organizations have also come forward to create awareness on the matter. “The problem seems to be with people who are in their 50s… they encourage cake cutting and champagne sharing during marriages,” he added.

Anil Biddadanda Nachappa, a film producer, said the steps are necessary to protect the distinct Kodava culture, which is under threat. “There are a number of Kodava rituals like dancing etc. which should be given importance. Some European countries have banned Halaal and Kosher to protect their indigenous culture. This is also a similar step,” he said drawing parallels with the Halal ban in Greece.

Protecting one’s own traditions is of utmost importance. The Hindu way of celebrating birthdays doesn’t involve blowing out candles. This trend that is being followed by aping the west also needs to be done away with. Hindu Dharma says lead us from darkness unto light and not blow out the light. Similarly, the practice of smearing cake on the face is another grotesque ritual and also a sheer wastage of food.

Hindus have been blindly following western customs in the name of modernity while doing away with their own terming them outdated. Indigenous culture and traditions can’t be frittered away under the pretext of turning modern.