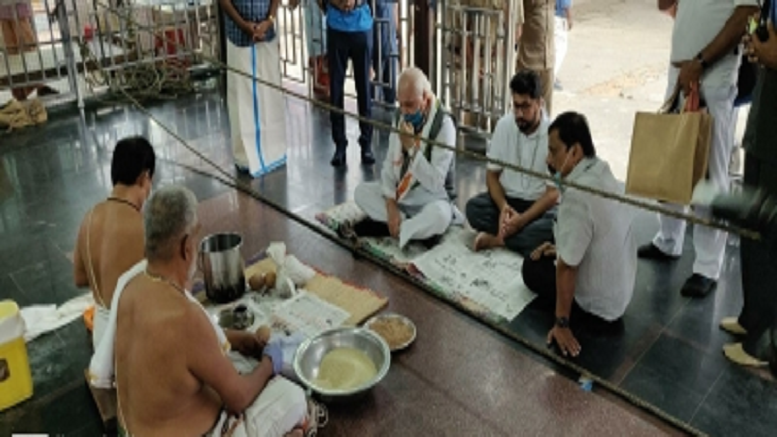 Kerala Governor Arif Mohammed Khan on Sunday climbed the hilltop shrine of Sabarimala to have a darshan of Lord Ayyappa.

Making the 5 km uphill trek, he was wearing the traditional “Bead Mala” and carrying the “Irumudi Kettu” on his head, like all devotees. The Sabarimala shrine was in controversy after the Supreme Court in 2018 lifted the bar on entry of women aged 10-50 entry. Sabarimala, according to traditions, did not allow women in the mensural age to enter as the deity is said to be in celibate form.

The Left Democratic Front government under Pinarayi Vijayan had announced it would implement the apex court verdict, though it led to street protests, led by the BJP-RSS, and devotees blocked any woman trying to enter. The Left’s debacle in the 2019 general elections is attributed to the Sabarimala issue.

Meanwhile, the issue is being revisited by a larger bench of the Supreme Court.