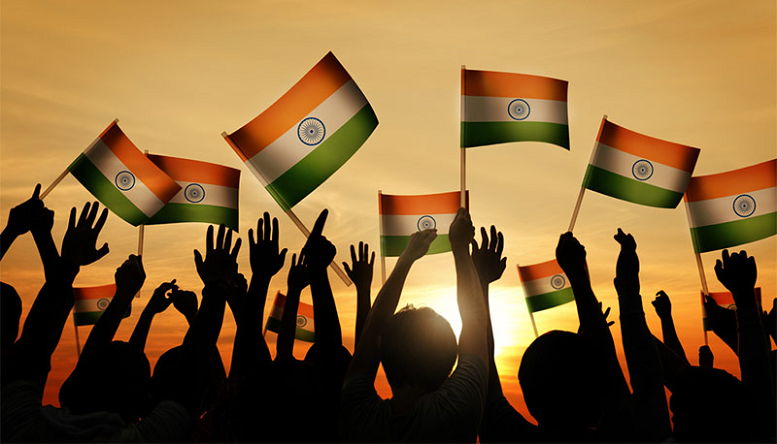 We recently celebrated the 75th Independence day in Bharat. In this article, what I would like to examine is, if 15th of August is really a day deserving of being called the Independence day, especially for Hindus living in Bharat.

To be able to answer that question, we need answer to another question. What did we gain independence from on 15 August 1947? The immediate response that comes to mind is, from the colonial rule of the British. We secured an ability to make laws and rules for ourselves and an end to being treated as 2nd class people in our own land. So, the question really is, have Hindus in Bharat experienced any of these in the last 74 years?

When the British established their colonial rule over Bharat, in addition to exploiting the wealth and natural resources of our country, one of the ideas they pursued was to civilize the natives. This was not just in Bharat. They did that in every place they colonized in the world.

You probably heard of a recent news from Canada, they discovered hundreds of graves of children belonging to the indigenous communities. These children were forcibly taken away from their parents and their communities to residential schools as part of a mission to assimilate them into the Christian Canadian society. They were alienated from their native language and culture.

The same strategy was also used by the British in Bharat, only at a much larger scale. Our native educational system, which was oriented towards serving the varied economic requirements of a society, was disbanded and outlawed. In its place the Macaulayan education system was introduced to create clerks and peons for the British administration.

But the failure of our country, especially Hindus living here, is that the same kind of attitude has continued even after the British left. It is still continuing after 74 years.

Whether the secularists have been in power or the self-proclaimed nationalists, the Indian State’s attitude towards Hindus, our traditions and our world-view has remained indistinguishable from what it was under the British. We are yet to get freedom, yet to have independence. I’ll put forward a few examples to prove this and convince you.

Let’s start with the most basic identification of independent Bharat, our constitution. Several provisions of our current constitution are direct continuation of the Government of India Act enacted by the British Parliament in 1935. There are several other parts of that document which have inspiration from America, France or Germany. But, even if you search with a microscope, there is not a single article there influenced by the thousands of years of knowledge and learnings of the Hindu civilization.

Those who headed our government in the first couple of decades were enamored by the colonial rulers. They shared the colonial mindset of treating the Hindu way of life as regressive and inferior to that of Europe and the West. So their governance program was a continuation of the colonial agenda of civilizing the natives.

They continued the colonial provisions of separate personal laws covering matters like marriage, inheritance, adoption, etc. for the different religious groups, but with a small twist.

Something called the Hindu Code bill was brought in. The stated intention of this was to codify and modernize the Hindu family practices and traditions. But what it ended up accomplishing, in effect, was to destroy the diversity of practices followed by various Hindu sects and groups in different parts of the country.

Of course, it goes without saying that family practices of no other religious group were considered to be in need of reformation.

There are several provisions and rights in the constitution that are particularly denied to only Hindus as a group in Bharat. Like the rights to manage our religious places, preserve our cultural practices or run schools without government interference.

While some of these, like government controlling the temples, started during the British rule, others are the contributions of the makers of our secular constitution.

Talking of government control of temples, a recent incident from the Madras High Court needs to be highlighted. The current Chief Minister of Tamil Nadu is from a political party that subscribes to Periyarist ideology whose only defining feature is the hatred for everything Hindu. Since the temples in Tamil Nadu are controlled by the state government, Chief minister is the de facto head of that department also.

Recently, a lawyer filed a public interest litigation in the Madras High Court requesting to restrain the Chief Minister from chairing an advisory committee of Hindu Religious and Charitable Endowments (HR&CE) department that controls the temples, unless he professes the Hindu faith. And this is a requirement as per law for all the employees of the HR&CE department.

Don’t you think this is a reasonable expectation; that only Hindus are involved in making decisions related to our places of worship? But the court did not even admit the petition saying “this is a secular country”. I don’t even know how to react to something like that.

Leave alone the absurdity of government of a secular country running temples, we have given up on even the pretense of a separation between the state and religion. Remember, this is the same judiciary that has held it legal for girls as young as 12 years from one religious group to be forced into marriage because that’s what’s prescribed in their holy book.

On a social matter like marriage, our judiciary decides the legality based on religious instruction, but when it comes to Hindus, even on a purely religious matter like managing the temples, it brings in secularism.

This kind of a thing happens because the judiciary of independent Bharat is stroke to stroke, word to word continuation of the colonial judiciary. At least the constitution to some extent or the other represents the thinking of Bharatiya people.

The legislature or the executive branches are, even if notionally, accountable to the voters. But the judiciary is above any accountability and totally resistant to any change from how things were during the time Britishers were running Bharat. So, the language of transaction in the Supreme Court is English; judges insist on being addressed as my lord or your honour; judgements are written in a style that no one except lawyers and judges can understand; they continue to take summer holidays like school children; they just don’t care for the suffering of common people as cases take forever to conclude. Along with all its practises and protocols, the judiciary of independent Bharat has also inherited the disdain for Hindus from our colonial past.

Another arm of Indian state that is as colonial in its attitude as our judiciary is the bureaucracy headed by the IAS, IPS and all other ‘S’ babus, with their lavish bungalows and orderlies and a hi-fi lifestyle, all funded with the tax paid by hard working common Bharatiyas.

If there was any doubt about their colonial mindset, the ongoing pandemic and the consequent lockdowns have provided ample opportunity for them to clear those doubts. The scenes of Collectors and Commissioners beating up people on streets for minor lockdown violations are reminiscent of what used to happen in pre-1947 Bharat.

One particular incident is worth highlighting in this context. In a place called Munger in Bihar, just last year, police were ordered to open fire on Hindus for no offence other than that they were participating in a Durga visarjan procession, and this was despite having all the required permissions. The IPS officer who ordered that firing was rewarded with a promotion by the NDA government in the state and her father was made a minister in Narendra Modi’s cabinet. Not even the colonialists were this insensitive.

Probably the biggest tool in the colonial project was the education system called the Macaulay system of education. The person instrumental in the introduction of this system to Bharat, Thomas Babington Macaulay, was an abject racist who believed in western superiority. He lobbied with the British parliament that the native knowledge systems, especially the Hindu literature, science etc., were inferior and not worth the investment by British government.

The Macaulayan system was designed to produce, in Macaulay’s own words, “a class of persons, Indian in blood and colour, but English in taste, in opinions, in morals and in intellect”.

Since the time it was introduced in our country in the mid-19th century, this system of education has remained more or less unchanged. To this day, its objectives and outcomes remain the same as what Macaulay had proposed almost 200 years ago.

If anything, things have become worse because of the intellectual corruption and ineptitude of Bharat which has consistently used the education system as a tool to indoctrinate people and push through its Marxist, socialist agenda. And I am not holding any one party or any one person solely responsible for this. Every single dispensation in the last 74 years has been guilty in this regard.

Thus, I believe, I have made my case. 15 August 1947 was not a day when Bharat truly became independent; at least not for Hindus living here. Our struggle to be free from colonialism is still going on. Only the colonial rulers have gone back to England, colonialism is still here, and thriving. In almost every country that freed itself from colonialism, like Bharat, in the 20th century, those who inherited power were motivated by a love for their native land and its culture.

So they created a new constitution and governing systems in their countries as a framework to undo the damage caused by the colonial rulers. But in Bharat, after 74 years of so-called independence, that hasn’t happened. And will not happen for as long as Hindus do not wake up to this injustice and demand an end to our discrimination.