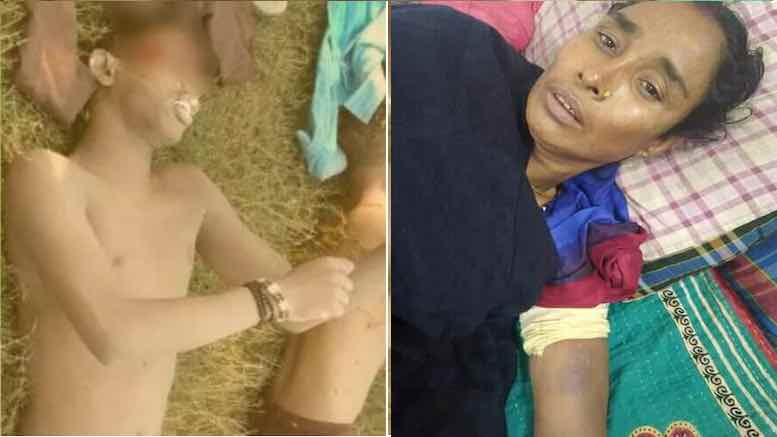 In this weekly summary for the period from 29 November to 5 December 2020, we hope to provide a snapshot of such crimes and hopefully awaken more people around the world to this human rights crisis:

1) UP police files case against 22-year old stalker Uwaish Ahmad from Bareilly for threatening to kidnap and forcefully convert and marry a 20-year-old married Hindu girl he had been stalking since their school days under the new anti-grooming law.

2) Another minor Hindu girl’s life has been snuffed out by an Islamist for refusing his advances, while our wine-sipping elites contemptuously deny the problem of religiously-motivated grooming aka ‘Love Jihad’ and violence against Hindu girls. 16-year-old Ritika Sahni had gone with her friends to collect saag (spinach) from a field on Friday evening, when suddenly she was attacked by stalker Sayyed Ali who slit her throat before anyone could react.

3) Tamil movie Mookuthi Amman disguises anti-Hindu propaganda as devotional content. Malayalam actress Nayanthara starrer Mookuthi Amman created hype among Tamil Hindus, as it has been very long since such devotional films were produced in Tamil. However, unlike any Tamil devotional movie this one directed by RJ Balaji, instead of glorifying Hindu Devis and Devtas ended up putting up one Bhagwan against another while declaring Jesus as Amman’s friend. This is Dravidar Kazhagam and missionary propaganda that grama devatas (village deities) are different from the Trimurtis and three Devis. The film, while it may look like targeting so-called ‘corporate babas’ such as Sadguru, Nithyananda, and Ramdev, and appears to be based on the Anti-BJP propaganda concept, it is actually outright anti-Hindu.

4) Kolkata was rocked by the case of serial groomer Nur Islam who assumed fake Hindu identity calling himself Biplob Roy to trap Hindu girls. Nur Islam was caught red-handed by the girl’s family with the help of Hindu Samaj Kalyan Samiti members when he was about to marry another Hindu girl barely days after marrying the 25-year-old daughter of a professor. Nur Islam confessed during police interrogation that he has ‘married’ 5 times.

5) Mangaluru Police have arrested food delivery agent Nazir Mohammad for painting graffitis supporting Islamic terror groups Lashkar-e-Taiba and Taliban. Reports state that the 26-year-old Theerthahalli resident was taken into custody by policemen of Kadri Police Station, which is investigating the matter, on Thursday on the basis of Mohammad’s call record details. Mohammad was arrested for threatening Hindus while his accomplice and the second accused in the case is absconding.

6) On 1st December 2020 three Brahmin cousins namely- Sudhanshu Tiwari, Shivam Tiwari and Hariom Tiwari were found dead under mysterious circumstances near a pond in the Bami village of Mirzapur district, UP. All three boys were aged 14 years. Their families with a heavy heart testified that they were killed in the most brutal manner with their eyes reportedly gouged out mercilessly. It is suspected they were murdered by one Salim who objected to the friendship of one of the boys with his daughter.

7) A series of shocking anti-Hindu and pro-Khalistani hate speech came to light during the recent farmer protests in Punjab and around Delhi. Systemic denigration of Hindu Dharma and culture in Punjabi songs was also revealed by Hindu activists of Punjab.

8) A minor Hindu girl was abducted from her home in Sindh by armed men, one of whom is believed to be an employee of Member of the National Assembly (MNA) of Pakistan. As per 15-year-old Momal Kohli’s father Chander Kohli, “armed men entered our home, beat us & took my daughter with them. Muhammad Majeed who is working for MNA Nawab Yousaf Talpur was leading.”

9) Armed men beat a Hindu family and abducted their 22-year-old daughter on 2 November in Sujawal Goth, Sindh. She returned after days of constant, severe gang rape and can hardly move now.

10) A Hindu temple was attacked, vandalised and looted on 5 December in Srirajdhikhan, Munshiganj district, Bangladesh.

11) A Hindu girl was abducted and converted into Islam by Mohammad Monuarual Islam at Sadar thana, Lalmonirhat district, Bangladesh.

14) A Hindu family was attacked and their land & property grabbed by local Muslim gangs at Panchagram, Lalmonirhat district, Bangladesh.

15) Wall Street Journal published an Op-Ed which used the term ‘Brahmin Bailout’ to stereotype Hindus and spread casual Hinduphobia in the US.