Hindus need temples today more than ever and here is why 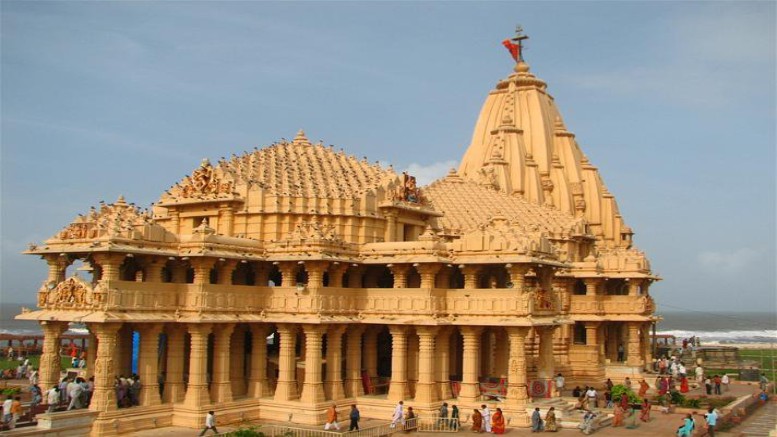 One thing that the Bengal political violence has exposed is the inability of the Bharatiya state to protect its own citizens, even in times of political stability. In times of political instability, insurgency or even religious conflict, the Bharatiya state’s inability to protect its citizens is well-documented. This certainly does not mean that the Republic of Bharat cannot protect itself and its integrity from external threats. The armed forces are well trained but won’t act against Bharatiya citizens and even if deployed, do not come into picture until most of the damage is done.
Bharatiya state is inherently secular and there is no reason to suspect that this character is going to change anytime soon. Despite all the noise to the contrary, the dominant political party has a galaxy of secular leaders as its heroes. So it is a mistake to say that the state will side with any political or religious group in social conflict with another group. Indeed, the handling of Shaheen Bagh and “farmer” protests shows that minorities enjoy certain privileges even during law and order situations. Any group of Hindus holding such violent and protracted protsts would have been forcibly dispersed, as has been done multiple times in past.
Despite all the noise of state-sponsored genocide, the Hindu-Muslim riots see proportionally more Hindus dying in comparison to Muslims. Despite all the talk of Hindu majoritarianism, a small minority of a few thousand farmers, in large part from Sikh community, have held the capital ransom to their demands for last 5 months. It is not as if there are no anti-Hindu laws in the country. The constitution itself discriminates against Hindus and deprives them from the rights to either manage their own places of worship or provide religious education to Hindu children in Hindu owned educational institutions. Many laws too provide special consideration to various minorities, and are biased against Hindus.
However, despite this legal discrimination and the rampant illegal and extra-legal administrative discrimination against the Hindu citizens of Bharat, there has not been any mass movement of Hindus in last three decades. As we see, this is not due to lack of reasons, but due to lack of capacity. So how come Muslims, Sikhs and Christians have such capacity to mobilise lakhs of people and Hindus don’t?The answer to this is in the social organisation of Hindus. Majority Hindus do not have “Hindu” as their primary identity, while a large majority of Muslims, Christians and Sikhs have religion as their primary identity. This is not a natural process, but has come about after years of conditioning from the religious places, political parties and religious-social organisations.
A few decades ago, Hindus used to have the localized capacity to mobilise around some symbol, or some identity. It could be their caste, their sect or some God(seen in case of Ram Temple movement). But over time most caste associations became toothless tigers and local temples started seeing fewer visits. The community feeling among Hindus, specially in large cities is now practically non-existent. With the increase in urbanisation over next few decades, Hindus could be in a much worse situation than today.
So how do Hindus find security in such a situation? History has some lessons for us. Hindus are the only civilization to have survived both the Islamic and the Christian colonial onslaught. This we could do only by placing our trust in the community and in God. The Great Langula Narsimha Deva I of Odisha in 13th Century and Maharana Pratap of Mewar in 16th century, defeated the Muslim armies comprehensively in war when Muslim power was expanding. Interestingly, in both the Kingdoms, God was declared the King and the ruler declared his representative. In other Hindu Empires that were established at the expense of Muslim powers, like that of the Marathas and Vijayanagar, Dharma played a preeminent role.
It is Dharma alone, that can save Hindus even today. In a republican setup, we have to rally to temples. Temples used to be the centers of Hindu society, when it was at its zenith. These were not only the meeting point of community, but also provided services like education, banking, charity and even leisure. The destruction of temples in northern Bharat and their capture by the secular state in southern parts of the country, has resulted in a situation where Hindus are deprived of a vital part of our community. Make no mistake, this is one of the reasons that motivates the secularists to deride any large temple project.
Our temples need to be rescued from the clutches of the instruments of the government, be it the departments of state governments or the Archaeological Survey of India. They need to be made the living, breathing spaces that they are meant to be. In fact, we need to build many more now to cater to our huge population. Hindus need to start visiting their local temples with more regularity and build a community. These should be used not only for religious discourses and rituals , but also to discuss the state of Hindu society and the issues facing it, not only in Bharat but all over the world.
The Communists downplayed and infact demonised the role of religion in building a community. Unfortunately, only Hindus fell for it. It is time to unabashedly assert our Hindu identity and find security within ourselves. Hindus have defeated imperialism after rising from far worse conditions, with courage in our heart and trust in our Gods.