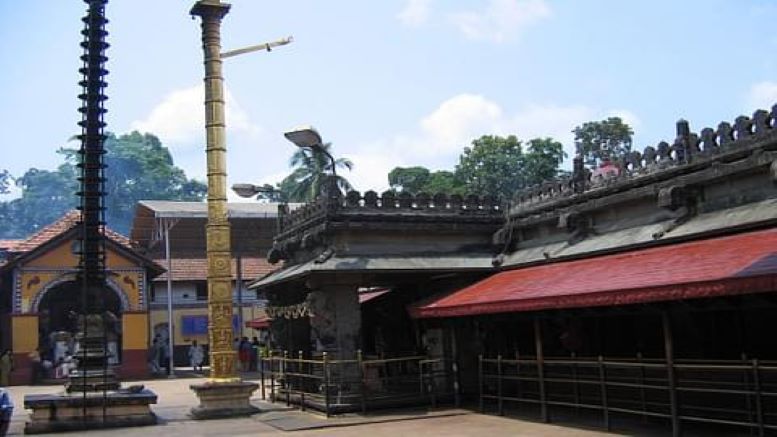 Karnataka government has issued orders stating that Karnataka Hindu Religious Institutions And Charitable Endowments (HRCE) Department (Muzrai department) funds should no longer be used for non-Hindu religious institutions. The move comes after there was widespread outrage among Hindus as it came to light that Tastik (monthly salary) for Masjid Maulvis was released from HRCE funds.

After Hindu groups and leaders raised objections, Muzrai Minister Kota Srinivas Poojary is said to have directed immediate stoppage of the utilization of the HRCE department funds for financing non-Hindu institutions. Poojary addressed the media “until our government came to power, ‘tastik’ amount meant for temples was also being provided to other religious institutions. Upon receiving this information we have directed that all utilization of funds for non-Hindu purposes be stopped immediately”.

HRCE commissioner confirming the Minister’s orders stated that orders shall be issued to comply with the minister’s instructions immediately. He also said that around 27,000 temples in the state receive INR 133 crore as tastik payments every year. However, 764 non-Hindu institutions are also among the recipients of the said funds added the commissioner.

Earlier, Hindu organizations had raised objections to HRCE funds being used for Covid compensation to mosque Imams. CM Yediyurappa had announced a relief package as a one-time compensation to archakas as well as imams. VHP (Vishwa Hindu Parishad) leaders, however, met Poojary and registered their opposition to funding imams and muezzins of mosques from funds meant exclusively for Hindu temples.

VHP leaders informed the minister “VHP opposes the decision of the government to provide Covid pandemic relief to the imams of 41 mosques and madrasas of the district from the funds of Hindu Religious Endowment.” Further, it sought immediate withdrawal of the order while laying emphasis on the fact that funds from ‘daivasthanas and temples’ should only be used for the Hindu community.

Food kits worth INR 1500 each had been handed over to priests of C-category temples in May this year by the Muzrai department. The order had been issued by Muzrai minister Poojary after priests from these temples petitioned the minister highlighting the plight of priests and staff of temples who have been functioning without devotees since the lockdown began. Around 50,000 priests and temple staff are believed to have benefitted from the move.