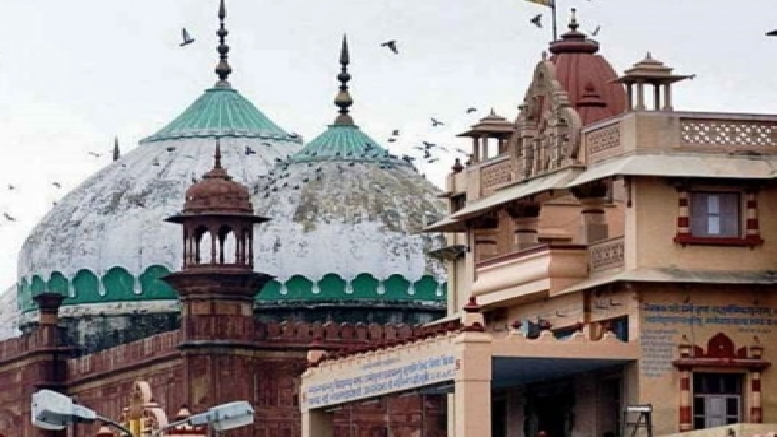 The Akhil Bharat Hindu Mahasabha has announced that it will install a murti of Sri Krishna at the deity’s actual birthplace, which lies within the disputed Idgah mosque built by Mughal tyrant Aurangzeb after destroying the earlier Keshava Deva temple dedicated to Sri Krishna.

Building mosques at the site of destroyed temples, and burying the broken deities at the entrance so they get trampled each time a Muslim enters the mosque, was a practice used by Islamic invaders in Bharat and elsewhere to declare Islam’s “triumph” over the kafirs.

Hindu Mahasabha leader Rajyashri Choudhary said the murti will be installed after a ‘maha jal abhishek’ on December 6 to purify the place.

The Mahasabha’s declaration to perform the ritual inside the Shahi Idgah structure comes at a time when the local courts are hearing a series of petitions seeking the removal of the 17th century mosque, that is located close to the Katra Keshav Dev temple.

Water from the holy rivers will be brought for the ‘maha jal abhishek’, she said. “We so far have got political freedom, but spiritual, economic and cultural freedom is yet to be achieved,” Choudhary added.