Does Hindu dharma score over its Abrahamic counterparts — Is it better? 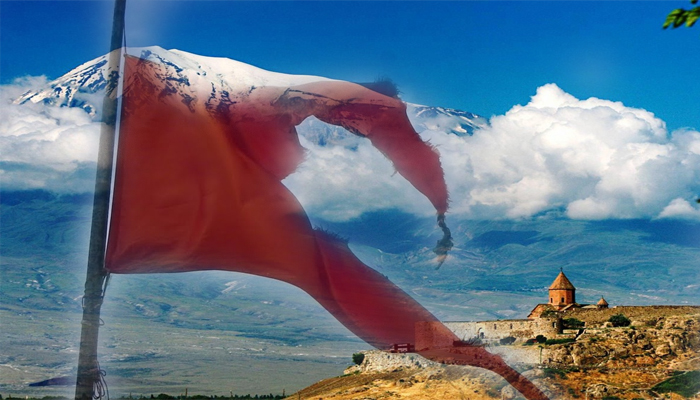 Often these days in debates on religion and violence, it is not uncommon to hear statements like “all religions are equally bad” (or equally good). I contest this apologetic statement which is designed to reduce pressure from religions to wean themselves away from terrorism and violent value systems. I also propose case that all ‘Indic religions’ have value systems that encourage “seeking” as opposed to “being told” about revealed divine laws — thus inculcating an ability to accept dissent and engage in debate for spiritual growth and learning. This is opposite of how Abrahamic religions’ value systems are designed —they dictate to the individual, revealed inviolate laws of the creator via his prophets and as captured in usually one holy book.

There are many, who by virtue of their passivity, dependency, fear and laziness seek to be shown every inch of the way, and have it demonstrated that each step will be safe and worth their while. This cannot be done. For the journey of spiritual growth require courage and initiative, and independence of thought and action.

Taking away the ability of human being to question and seek through tools designed to inculcate ‘fear’ (of God) is not only deceitful but disgraceful.

So is Hindu dharma really different? After all it has all the mess of casteism and untouchability. That cannot be any more graceful. Of course. Societies develop problems as a natural cyclical process. And yet religions must encourage and enable reform. That happens when its value systems do not resort to using tools of inducing fear of reprimand of the divine. One way this shows up is when many faiths are allowed to percolate within religions.

Most world religions, particularly those of Abrahamic origin, are based on a clearly defined set of beliefs — a single god, a holy book, a prophet and so on. These are articles of faith or axioms from which each of these religions is derived. This why the terms religion, belief and faith can be used interchangeably in these cases. In contrast, it is perfectly acceptable in Hinduism to be a polytheist, monotheist, monist, pantheist, agnostic, atheist, animist or any combination thereof. Thus Hinduism is a religion but not a faith, although constituent sects or philosophies can be termed faiths or beliefs.

~ Sanjeev Sanyal in his essay “Architecture of Hinduism”

Hindu dharma is a religion with no single ‘faith’. (This is true for Islam as well although the fore-bearers of the religion — the Saudi influenced puritanical representatives of Islam today — certainly deny this. For muslims influenced with this ideology, there is one Islam. By doing so they tacitly but actively propagate persecution of Shias and other Islamic sects on the fringes of mainstream Saudi Islam, including Ahemdiyas and Sufis). Monotheists, pantheists, animists, agnostics, and even atheists — all have forever constituted peoples who have been grouped together as ‘the Hindus’ (Hindus did not name themselves as such; it was outsiders who referred to people of the Indian subcontinent as the ‘Hindus’). And these ‘belief systems’ or ‘faiths’, often even paradoxical in nature, have co-existed without much strife within the fold of Hinduism or happily alongside it, for several millennia. Then there are new faiths within Hindu dharma which have come into practice more recently such as the Brahmo Samaj and Brahma Kumaris. Let’s examine at a few such faiths.

There is no other world other than this; There is no heaven and no hell; The realm of Shiva and like regions, are invented by stupid imposters.

Charvakas rejected religious ideas of Hindus, Buddhists and Jains, such as those of reincarnation and karma. They were even critical of the Vedas, as well as Buddhist scriptures. And yet under Ashoka, a Buddhist king, they were protected by the state.

“Brahman alone is real, the world is mithyā (not independently existent),and the individual self is non-different from Brahman”

Brahman in Hindu literature is defined as the root source of everything that exists, material or otherwise. But unlike Abrahmic faiths which create a distinction between the creator and the created, Brahman is all that exists according to Advaita. In other words, the creator and the created are one; that each one of us is essentially an unrealized God, and each one of is capable of growing into a messenger and to the Creator itself.

Jainsim is a transtheistic religion and dates back to atleast Vedic times, if not older. It is neither theistic nor atheistic; neither believes in a Creator nor denies a Creator. Jainism does not believe in the existence of any divine sentient being — as the Creator of all that is seen, and the unseen heaven and hell. The universe it believes was never created; has always existed and will always exist. There are infinite souls that exist in this universe, and they are either realized or unrealized, all bound by their own independent Karma.

All these faiths with seemingly opposing ideologies have been living besides each other, without conflict, continuously influencing each other including their respective followers, for thousands of years in India. And Hindu dharma absorbs all of these, including polytheists and idol worshipers with ease.

“The Creator is One, Sages Call Him by Many Names”

This is a verse from the Rg Veda, among the oldest spiritual/religious scriptures known to humanity. Unlike Abrahamic faiths it creates the space for several faiths to co-exist by giving them room to express their divine as Allah or Ishwar or Yehovah. Unlike Islam or Christianity both of which stake exclusive claim to the Truth.

The goal of all paths of Yoga is annihilation of the individual unrealized self and the union of the self or the soul with the Divine.

Bhakti Yoga among all these four is said to be simplest path — one of surrender and complete devotion leading to the merging of the individual into divine consciousness. This is not to different from the essence of spiritual Islam, specifically Sufism, which focuses using complete surrender as a tool for annihilation of the individual identify and the union of the soul into divine bliss — known as “fana f’il-haqiaqat”.

With this perspective, Hindu dharma and Islam should have been able to live peacefully beside each other without a problem, just like Hindu dharma has done so with faiths within its fold, and outside it. And it has. Sufism has not only lived but thrived in India, even learning from Shaivism and adopting its practices, in the Indian subcontinent, much to the heartburn of Saudi-inspired puritanical versions of ritualistic Islam who regularly visit India to convert Sufi muslims to follow their hardline versions.

Now as a man is like this or like that, according as he acts and according as he behaves, so will he be; a man of good acts will become good, a man of bad acts, bad; he becomes pure by pure deeds, bad by bad deeds;

The responsibility of the consequence of an individual’s actions are laid upon the individual herself. There is no ‘divine retribution’ or ‘perpetual burning in hell’. There is only action and the consequence of that action — which the individual’s soul will bear in life after life (until one breaks away from this karmic cycle of birth-and-death by attaining Moksha or Nirvana) not as a punishment, but as an opportunity to learn and grow.

There are no rights or wrongs either. There are just actions and its consequences. And each individual has an opportunity to live and correct ones actions over lifetimes.

This Atman cannot be attained through study of the Vedas,nor through intelligence, nor through much learning.He who is chosen by Atman — by him alone is Atman attained.It is Atman that reveals to the seeker Its true nature

In the Upanishads “Neti Neti” meaning “not this, not this” (or neither this nor that) is an analysis of negation. Neti-Neti negates all descriptions of Brahman or the Supreme Being (there are similarities between this concept and Islam where Allah is said to be indescribable, if one chooses to draw parallels). With this negation the ‘Gyana Yogi’ (Knowledge Seeker) sheds all forms of identification with the self until only the Brahman (the Creator) remains .

The focus of the spiritual seeker is not on receiving instructions on a creator via any religious or holy book. The focus is on “seeking” answers through various forms of Yoga. Yoga is a set of tools give to enable the individual to seek his/her own answers.

There are therefore no heretics in India. No one has been persecuted for proposing their own faith of the divine or completely rejecting the divine as the Charvakas do.

The idea of a Creator is also being discovered constantly. There is no finality in ‘a’ definition. There is no one single book, one single prophet, one single avatar (incarnation of the Creator himself), or one single Guru to the Hindus which they must adhere to.

Hence, i conclude by offering that all religions are not equal. And therefore on the question whether the Hindu religion or for that matter all indic religions are better than Abrahamic faiths — the answer depends upon what you choose and what works for you.

If it does not work for you to be spoon-fed spiritual knowledge, then yes Hinduism is better. If you do not prefer holy books that reveal details of how one must conduct his/her life with piety to attain heaven, then yes Hinduism allows you to define your rights and wrongs yourself. If punitive ideas of the creator do not go down well with you, then yes Hinduism offers you necessary space. If you do not want to believe in a sadistic creator who offers free-will and then punishes you for exercising that free-will, then yes you are welcome to the world of Hinduism.

And if one does believe that Hindu dharma and other Indic religions are better given the value systems shared above — does this not amount to asserting the same superiority about itself that, for instance, Abrahamic religions do about themselves — thus making the stance arrogant, discriminatory and racist?

(Note: This article first appeared at https://medium.com/essays-on-india-and-hinduism/does-the-hindu-religion-score-over-its-abrahamic-counterparts-is-it-better-548f46ce85e and is being republished here with the permission of the author.)