Why Guruvayur Tantri Seeking Government Action In Temple’s Rules May Do More Harm Than Good? 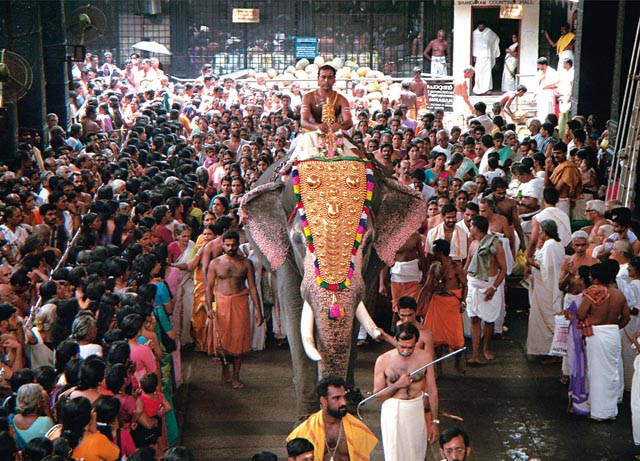 The Tantri of the illustrious Guruvayur Sree Krishna temple, Chennas Dinesan Namboodiripad on Monday has said that there should be Government initiative to allow entry of non-Hindus into the temples. While his intentions are noble : to allow non Hindu believers to have darshan of Guruvayurappan, asking the government to take the necessary steps sends wrong signals. Especially at a time when people are seeking to remove the secular government control over temples after several reports of mismanagement.

This is where the Tantri seems to have erred for the rites and rituals and rules that govern Guruvayur were prescribed by Adi Sankara himself & passed down through the generations of the Tantri family. The Zamorin of Calicut who was taking care of the administration of the temple before its takeover by the secular government had no say in its rites and rituals whatsoever. This was said so by the former Chief Tantri, Late Chennas Raman Namboodiripad. Hence it is quite strange that the Tanri makes the secular Government the supreme authority on the temple when they don’t even have basic understanding about the Sastras let alone competing with the knowledge of great Adi Sankara.

We also cannot rule out if there is pressure from the state Government. For just last month a Travancore Devaswom Board Member raised the demand that non-Hindus, even non-believers, be allowed to enter temples. This would reduce temples to the level of museums for tourists & not the place of spiritual connection the bhakthas (devotees) feel with the devatas (gods) that it is. (Guruvayur Temple comes under Guruvayur Devaswom Board)

So even if the Tantri wants to just allow non Hindu believers to the darshan of the Lord, the Government in all likelihood will not be on the same page as their viewing of the temple’s significance is different. This is also evident from their stand on Sabarimala issue where they showed that they have zero understanding as well as scant regard for temple traditions & only seek to impose their ideals onto it. Further the current Chief Minister of Kerala even called for opening the Sabarimala temple throughout the year and introduce paid queue system in order to manage the large number of devotees.

Thus it would be in the best interest of the temple if the Tantri does not leave it in Government’s hands especially at a time when the secular government of Kerala is trying its best to interfere in the religious affairs of temples in an unjust manner.

Note: This article has been written by Vrikodhara who tweets at @vrikodhara