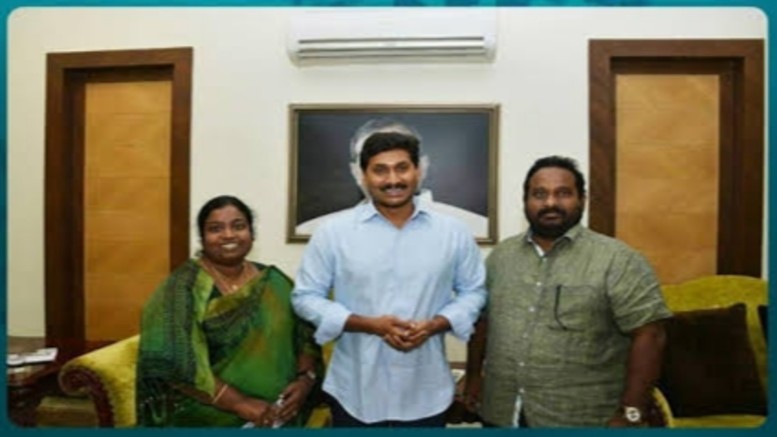 Suresh Kathera, a pentecostal bishop from Andhra, has been declared as a Hindu SC by Guntur district collector. Pastor Suresh was earlier in the limelight when his video where he says “Pastors are killed and churches are burnt” in Bharat went viral in social media. An appeal has been made against the district collector’s decision as it will result in Christian converts getting undue benefit from reservation and government schemes.

Legal Rights Protection Forum(LRPF), an advocacy organisation, had earlier filed a complaint with the Ministry of Home Affairs, regarding bishop Suresh’s organisation violating FCRA and other rules. In a video posted by LRPF, bishop Suresh can be heard saying, “Pastors are killed..churches are burning..our PM is a bad guy. He doesn’t want Christians in India”. In another video he revealed his intention to go on “a crusade in the enemy stronghold, Koduru, Andhra”.

SC ST Rights Forum, another advocacy organisation working to protect the constitutional, legal and socio-cultural rights of the SCs and STs, has been exposing evangelists who immorally lure SCs and STs to convert to Christianity. The organisation’s twitter handle has revealed that the collector of Guntur has declared that Suresh Kathera is not a Christian but a Hindu SC.

Mandru Sarla Kumari, a Hindu SC and the BJP candidate of Kollipara, Guntur had filed multiple complaints with the district administration about bishop Suresh running bible colleges, a church and a missionary organisation Harvest India and yet holding a Hindu SC certificate to avail reservation and other benefits. The pastor runs 10 bible colleges and a church named King’s Temple as per the IRS return filed by him in the US.

Following Sarla Kumari’s complaint the district collector ordered an inquiry. Based on the inquiry the collector has declared that bishop Suresh is a Hindu SC. However complainant Sarla has accused the inquiry committee of brushing aside the evidence submitted by her, and trying to substantiate their claim that pastor Suresh is a Hindu SC. She has also alleged that the report  submitted by Tenali RDO in 2014 confirming that both bishop Suresh and his wife Thella Heny Christina are Christians was completely ignored by the government.

Now, Sarla has filed an appeal in the National Commission for Scheduled Castes(NCSC) against the district collector’s decision of declaring pastor Suresh Kathera as a Hindu SC. She has expressed fears that it might set a precedent resulting in many evangelists claiming to be Hindu SCs in public records to benefit from government schemes and reservation. It would be an injustice to the truly disadvantaged Hindu SCs, the complaint remarked, and sought the commission to re-examine the issue.

Like many SC converts, bishop Suresh also holds a Hindu SC certificate to avail government benefits while spewing venom on Sanatana Dharma and idol worship. Section 3 of the Constitutional (Scheduled Castes) Order 1950 says that “No person who professes a religion different from the Hindu, the Sikh or the Buddhist religion shall be deemed to be a member of a Scheduled Caste”. However many Christian converts remain Hindus on public records to enjoy government benefits.

Apart from this, they also use the SC ST Atrocities Act to threaten those who oppose conversion by force and deceit which has resulted in fomenting caste issues. Earlier The NCSC had ordered an investigation into the complaints of large scale conversion of SCs in Andhra Pradesh. SC ST Rights Forum had exposed how Christian leaders advised churches to not reveal true information on the number of attendees during surveys.