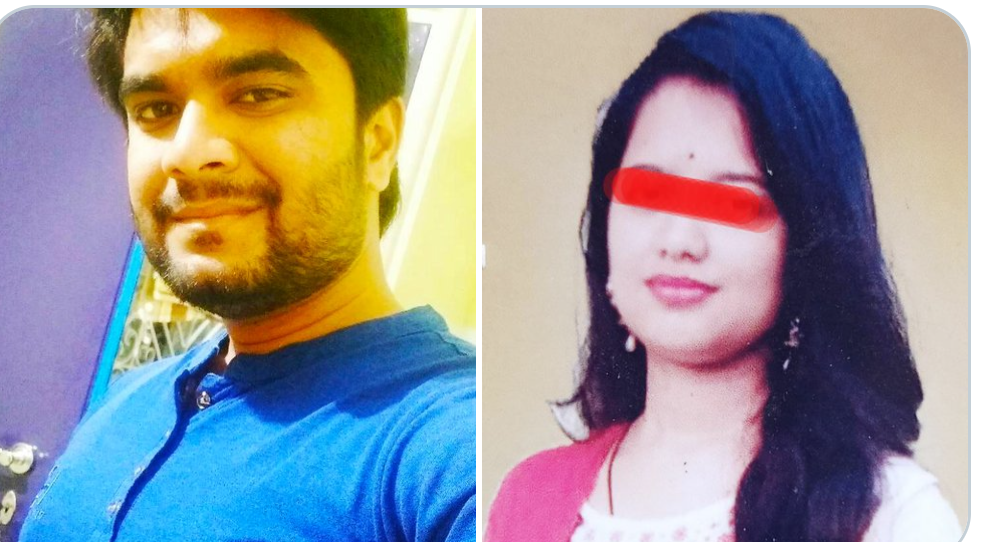 A new case of grooming has come to light from Odisha’s Dharamshala where a Hindu girl was kidnapped by Muslim youth. The life of the girl is said to be in grave danger and available information indicates that the father (Abdul Hamid Khan) of the groomer Abdul Sahamat Khan has been arrested and remanded to 14 days of police custody by the JMFC for issuing threats to the family of the Hindu girl.

Abdul Sahamat Khan, also known as Boby, assumed a false Hindu identity to trap a Hindu girl identified as S Mohanty and forcibly abducted the girl on 5th December. As per reports, she was taken to an unknown location and attempt was being made to forcibly convert her to Islam.

The girl’s father Ashok Mohanty filed a missing complaint on the 5th where he has stated that his daughter had left her home at 3.15 PM to visit VN College located on Jaipur Road and obtain her Migration certificate. However, when she did not return home till 5 PM, her worried parents called her mobile phone which was switched off.

The complaint also says that groomer Sahamat Khan was pressurizing and threatening the Hindu girl to convert to Islam and marry him as per Islamic laws but when the girl refused to relent, Boby is said to have abducted her. Further, the parents have alleged in their complaint that they were frantically looking out for their daughter when they learned that Khan was not present in his house and both his contact numbers were switched off.

However, the police were not taking cognizance of the case when the girl happened to contact her mother to inform her that Salamat had drugged her and was physically assaulting her so as to pressurize her to convert to Islam. She also said that he intended to forcibly marry her in a nikah (Islamic) marriage ceremony at a masjid (mosque) in Odisha’s Cuttack.

In the call recording, the girl also says that to save himself Abdul Sahamat Khan will murder her if she doesn’t agree to do nikah. They injected something (possibly drugs) into her body that is making her lose consciousness & Abdul is exerting pressure on her to issue a statement in front of the police.

In the audio, the girl is heard making desperate pleas to her mother to save her & put people in toll gates & Highway checkpoints and check the vehicles to rescue her as without the support of Abdul Sahamat Khan’s brother,  and father they perform the nikah.

Sources state that Sahamat abducted the girl from Jaipur Road when she had visited VN College to obtain her migration certificate. The girl was then taken to Puri where she was kept in a hotel close to the Puri beach. It has also come to light that Sahamat was being helped by his father and brother to force the girl into accepting Islam and marrying him in a nikah ceremony at a Cuttack mosque.

Odisha Police have now arrested Sahamat’s father Hamid Khan for threatening the parents of the girl and the accused has been remanded to 14 days police custody by the Chandikhol JMFC court.

@BajrangdalOrg Odisha JAJPUR Team in a Press conference has Threatened to do Strikes & will hit the road in a Pan state Protest, if JAJPUR Dharmashala Police & Dist collector were unable to rescue the girl from the clutches of the L0vej!hadi Abdul Sahamat Khan pic.twitter.com/3BlqKiUMJy

Odisha Jaipur Road Bajrang Dal team have stepped in to help the girl as frantic searches are being made to trace and rescue the girl from the clutches of Sahamat Khan. Speaking at a press conference, the team had threatened to do strikes & hit the road in a pan state Protest, if the Jaipur Dharmashala Police & district collector were unable to rescue the girl from the clutches of the groomer Abdul Sahamat Khan.

Following this, the authorities swung into action, and as per the latest reports, the victim’s lawyer confirmed that the girl has been rescued and the main accused Sahamat Khan has been nabbed by the Jaipur Police in a massive search operation.