Syed Muhammad Salahudeen / Salahuddin a Popular Front of India (PFI) worker was hacked to death on 8th September at Kannavam near Koothuparambu in Kannur District Kerala. Salahudeen was the seventh accused in the murder of Akhil Bharatiya Vidhyarthi Parishad (ABVP) activist Shyam Prasad on the 19th of January 2018.

Islamist SDPI/PFI has a history of murdering Hindu activists

Shyam Prasad was a student at Kakkayangad ITI and active member of the RSS in Kannavam. He was on his way home from college when Islamic jihadi extremists associated with Popular Front of India/PFI waylaid the young man. Shyam did try to escape but he was surrounded by the masked assailants and was attacked with lethal weapons, killing him.

The assailants escaped after the murder but four of them were later nabbed from Wayanad. The arrested PFI/SDPI members were Parakandathil Puthan House Muhammad, Minikol House Saleem, Sameera Manzil Sameer, and Kizhallur Palayottil Mohammad Shaheem. There are 13 accused in the Shyam murder case and it is alleged that all of them got PFI support to hide while on the run.

After murdering Shyam in early 2018, Salahudeen too went into hiding and later surrendered before the Magistrate Court at Mattannur in Kannur in March of 2019 and he was remanded. Police reports later confirmed Salaudheen and his brother Nizamudeen as the masterminds behind the murder of Shyam. They were both charged with aiding and abetment, conspiracy, procurement of weapons, and arranging vehicles for the accused.

The plight of students belonging to the ABVP in Kerala has been repeatedly highlighted at the national level by the media. Young Hindu students who had joined RSS  have been brutally murdered by the radical elements in Muslim organizations like PFI, SDPI, and the IUML. They are also targeted by bigots in the communist organizations and the local Congress cadre.

Home Minister Amit Shah has spoken in the past on the criminal nature of attacks on party cadre, especially in North Kerala. Speaking at an event organized by the ABVP a couple of days after Shyam was murdered, Uttar Pradesh CM Yogi Adityanath had blamed the CPIM led state government for the violence.

Of course, the jihadi elements have full support of Communist and Congress parties. This is how a blatantly Islamist  party SDPI got the courage to implement its own game plan in the region. Now they have spread their tentacles to all over the country. We now know how they manipulated the recent riots in Bengaluru, and Delhi. The whole Shaheen Bagh protest was led by SDPI/PFI, whose head quarters are in Shaheen Bagh itself!

Why Pratheesh Viswanath is being targeted by Islamists?

Even as the news of Salahudeen’s murder started to trickle through, the SDPI started their blame game. They accused a local nationalist named Pratheesh Viswanath who had visited Kannur, when Shyam was murdered. This visit was way back in 2018, immediately after the incident. 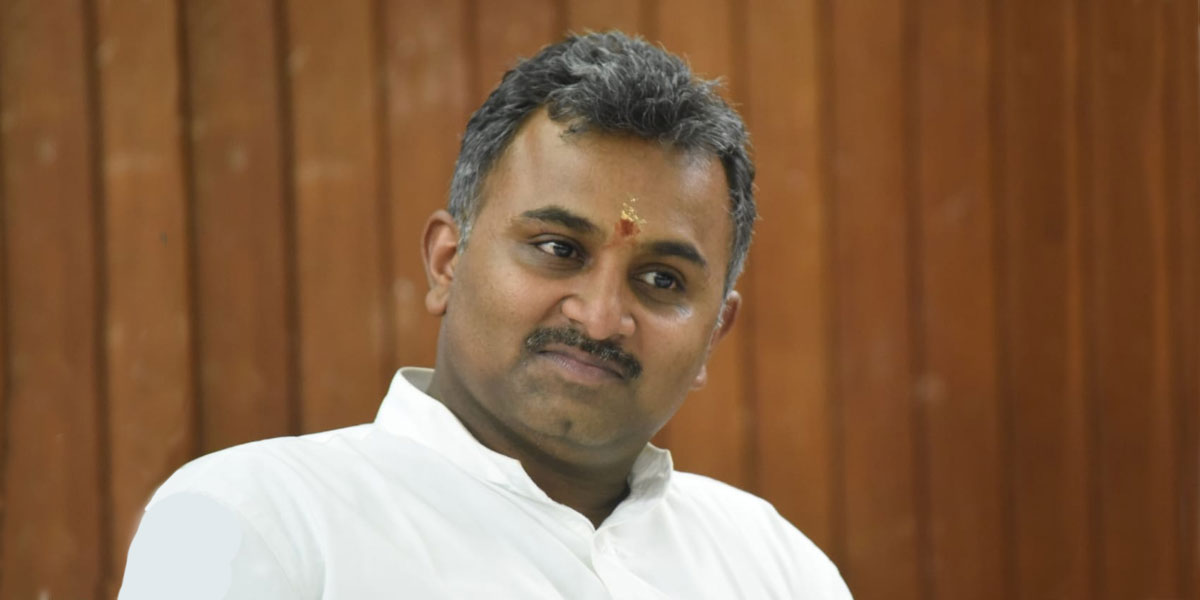 A Malayali Islamist, apparently based out of Turkey, called for Hindu blood and exhorted her local friends to kill prominent RSS leaders instead of workers who are poor laborers. She specifically names BJP President, K Surendran, and Pratheesh Viswanathan to be added to the hit list. She justifies by adding that killing top leaders will bring tough decisions, perhaps meaning that voices against jihadi terror will be suppressed.

Pratheesh is an advocate and practicing in the High Court of Kerala. He was discovered by Vishwa Hindu Parishad (VHP) leader Sh. Ashok Singhal, who also acted as a mentor to a young Pratheesh. He has been at the forefront of issues regarding Sanatana dharma, especially in Kerala. He enjoys widespread support among Keralites all over the world.

As a VHP functionary, a young Pratheesh started his career working with tribals. He now runs an organization called the Hindu Seva Kendra. He has exposed several land encroachments into temple lands and actively pursues legal matters regarding the same in courts. Many such lands are in the names of temples but are now under the jurisdiction of the state government, or under illegal occupation of Muslims and Christians.

He had earlier opposed sinister moves by the communist government to sell traditional temple lamps and other antiques belonging to different temples. Following court interventions, the state government was forced to bring an end to this illegal practice.

Having led the Sabarimala agitation from the front, he was also instrumental in stopping the desecration of Sabarimala Temple and went to jail for that. The agitation took a mass character due to his efforts. This was exactly what the CPIM did not want to happen since the atheists communists were hell-bent on destroying the sanctity of Hindu places of worship.

What has really turned the SDPI against him really is the fact that Pratheesh almost single-handedly exposed the  love jihad problem in Kerala. Many years ago, he introduced Keralites to the concept of Love Jihad which works through organizations like the PFI and SDPI. In Love Jihad, Muslim men marry Hindu and Christian women after converting them to Islam. This has been happening on a huge scale and is aided and financed by PFI.

The sheer number of cases gives us an estimate of the depth and seriousness of the issue. Pratheesh and his organization, the Hindu Seva Kendra has intervened in 12500 odd cases and have rescued over 9000 victims of love jihad in Kerala. This has made him extremely unpopular with jihadi forces who are trying hard to convert Kerala into a Muslim majority state using every trick in the book.

With the killing of Salahudeen, the SDPI demonstrations have spilled onto the roads with the usual calls for blood and they have vowed revenge. Hundreds of their activists took to the streets and shouted slogans in what appeared like an organized show of protest. This is while the state is dealing with COVID pandemic. According to reports, they have openly threatened that RSS workers will be cut to pieces inside their own shakhas.

Hindu leaders who are on the forefront of the Sanatan dharma fight in sensitive places like Kerala already live with a sword over their head. The situation in Kerala is probably worse than in Bengal in terms of political murders. It would be prudent for the government of Bharat to ensure that leaders like Pratheesh Viswanath, who are a thorn in the eyes of Jihadis and communists both, be accorded adequate protection.